The allure of Paris has attracted artists from all over the world. In the 19th century, Latin American artists eagerly traveled to this artistic capital, in part because of the absence of an official art school, established art market, or proper exhibition venues back home. Skipping the famed but somewhat dated École des Beaux-Arts (the official art academy of France), these artists enrolled in private, independent, and affordable art studios, like the Académie Julian. They were exposed to new subject matters (like the female nude) and new artistic styles (like Impressionism). The conditions of these artists’ trips—whether government-funded or family sponsored, and the artistic studio in which they enrolled—often determined the course of their careers.

Audiences were difficult to please. When they returned home, these artists challenged the conservative tastes of patrons and critics, who often resented what they considered “modernist” ideas of foreign-trained artists. While in Paris, Latin American artists found that critics did not flinch at their adoption of these new styles, yet they did expect to see certain subjects they considered typical for artists from the Americas—including local types and costumes, iconic landscapes and ruins, and genre scenes (as in popular costumbrismo paintings). Even though Latin American artists tried to represent themselves as cosmopolitan, internationally trained artists, French critics sometimes felt differently. Latin American artists, including Epifanio Garay, Francisco Laso, and Francisco Oller, found the need to balance their local identities while also navigating international networks of artistic exchange in the French artistic capital.

Artists from various Latin American countries joined in this artistic pilgrimage. Typically their trip followed a similar pattern of studying abroad for a few years, only to return home to either establish or teach at an art academy, or at their own art studio. In Colombia, the painter Epifanio Garay taught at the recently established Escuela de Bellas Artes in Bogotá (founded in 1886), introducing the controversial yet academic tradition of drawing from the live nude model. 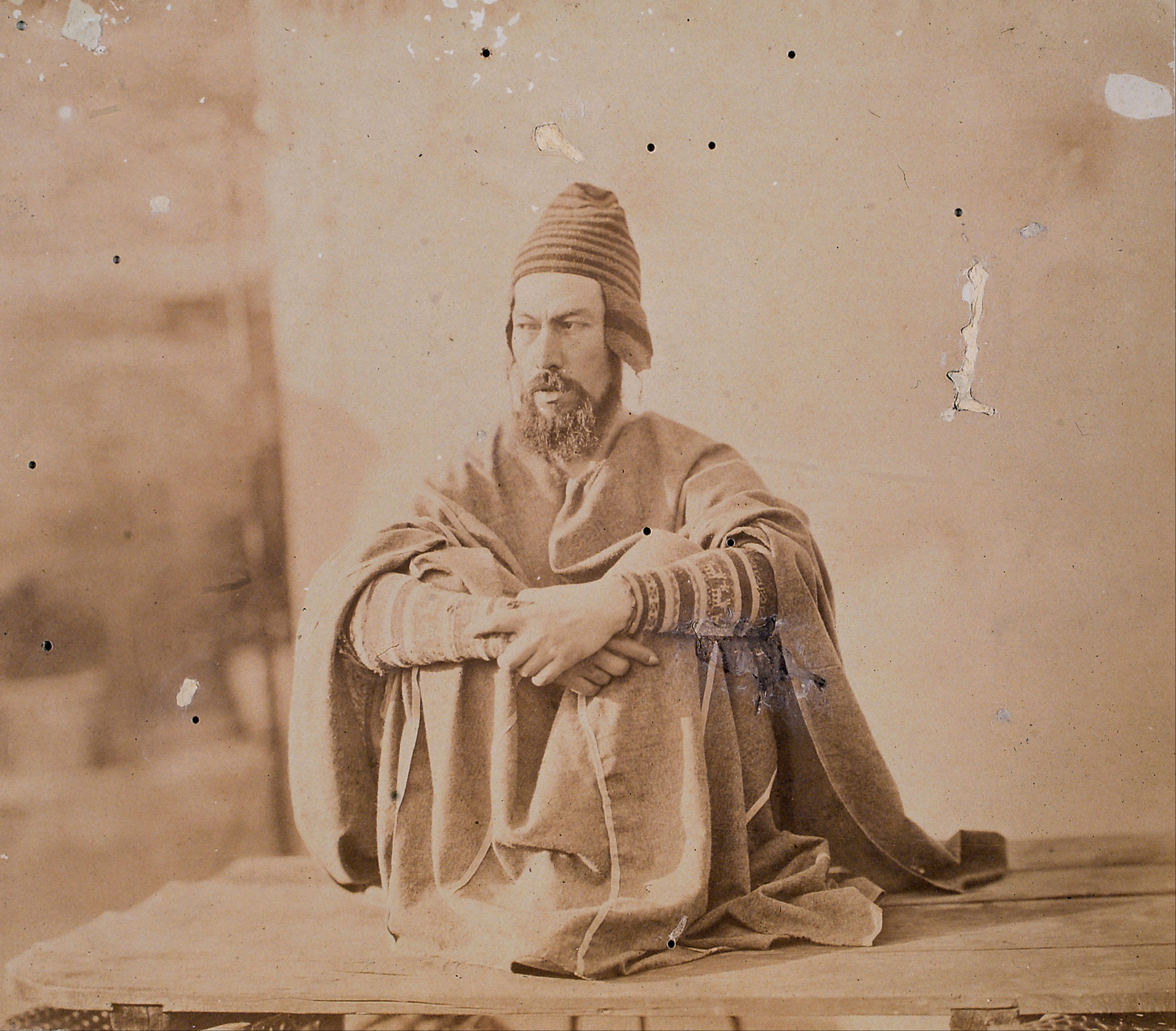 Peruvian painter Francisco Laso traveled many times to Paris, and in Lima taught at his own art studio and worked on large commissions for both the Peruvian government and the Catholic Church. Puerto Rican artist Francisco Oller studied in Paris and throughout Europe, and in 1870 established an art school in San Juan, in which he mentored the next generation of Puerto Rican artists, including women artists.

As diverse and wide-ranging as the careers of these three artists might seem, their education abroad prepared and inspired them for their careers back home. Rather than replicate the work of their French mentors, these Latin American artists carefully blended the local and the foreign, the old and the new, crafting a new type of painting that reflected a more international and cosmopolitan art scene. 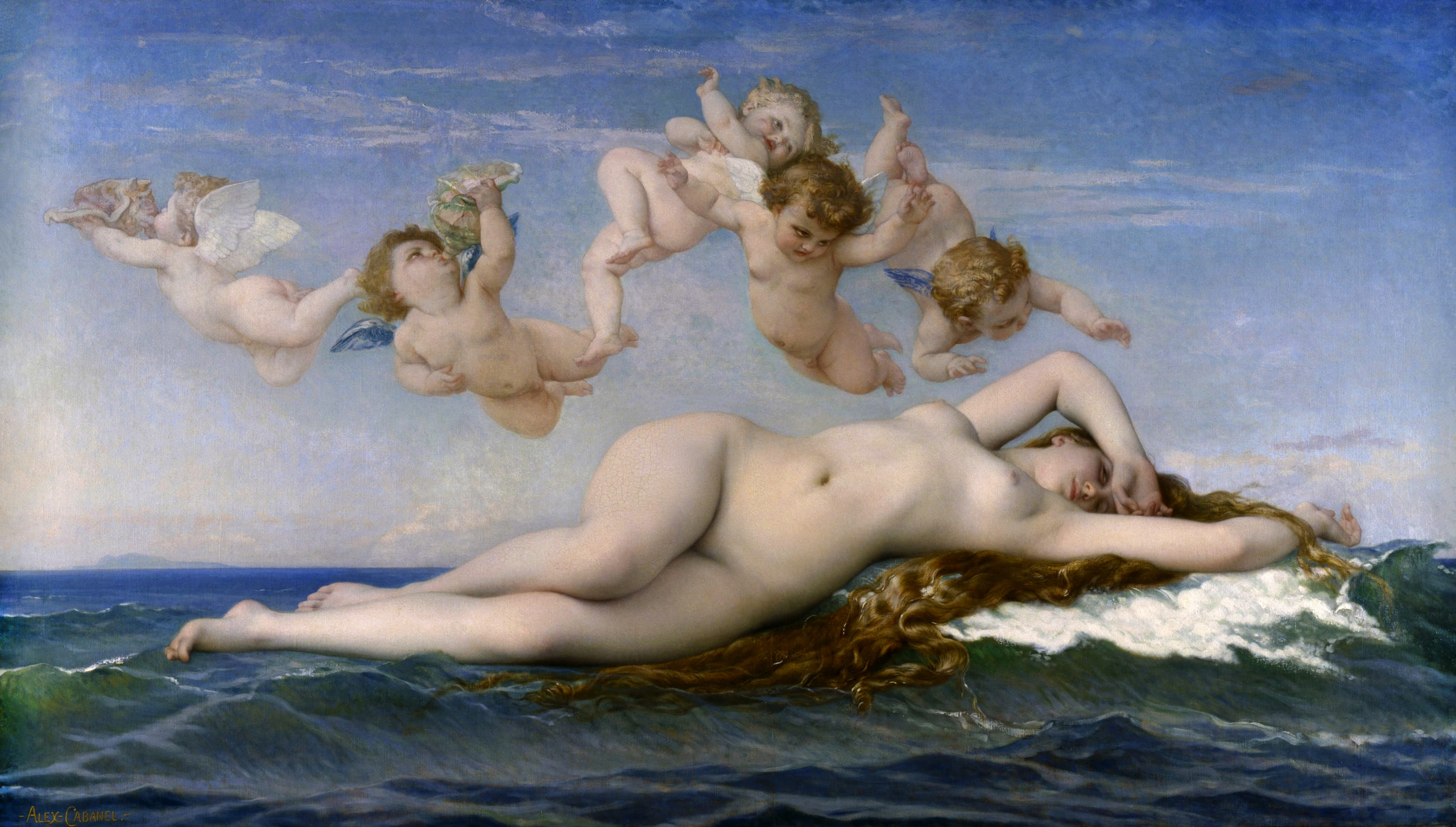 This was the case with Colombian Epifanio Garay, who painted The Levite’s Wife from the Ephraim Mountains—the first female nude in Colombian painting—fourteen years after his return from Paris. In the French capital he had been exposed to academic nudes such as Alexandre Cabanel’s The Birth of Venus and others by William-Adolphe Bouguereau, his teacher at the Académie Julian.

Garay treaded carefully in his depiction of the first female nude in Colombian painting. For example, the painting shows a biblical nude, rather than the casual depiction of nakedness and is similar in style to French academic painting with its idealization of the female figure. Despite the religious context, the issue of nudity created such a controversy that in Bogotá the canvas was exhibited separately from other works of art. In Paris, however, this canvas would have most likely not have even raised an eyebrow, demonstrating strong differences in artistic temperament and religious conservatism.

For Peruvian artist Francisco Laso, who arrived in Paris in 1843 and again in 1851, and studied in the private atelier of Swiss painter Charles Gleyre, his goal was not necessarily to garner acclaim in his capital city, Lima, but rather abroad, in Paris. At the 1855 Universal Exhibition in Paris, Laso was one of two artists to represent Peru. His country was one of only two Latin American countries (the other being Mexico) to have their artistic work displayed internationally. Laso exhibited two paintings, including The Inhabitant of the Cordillera of Peru, featuring a man standing prominently in the center of the composition, and occupying most of the picture plane. He holds a figurative jar in both hands. The figure commands the viewer’s attention and respect. The Moche ceramic portrait jar of a man whose hands are tied behind him depicts a victim that, according to art historian Natalia Majluf, stands as an “allegory of the oppression of the Peruvian Indian.” [1] However, French critics interpreted the ceramic vessel as one made by the man himself, rather than by his ancestors, thus missing the point—the struggle of the Amerindian in colonial and post-independent Peru. This misinterpretation effectively stereotyped the man as a simple potter, similar to the costumbrista types of potters, tortilla makers, and cowboys that circulated in the travel accounts of Johann Moritz Rugendas and Carl Nebel. When French critics caricatured the inhabitant and reduced him to a costumbrista type, this led not only to its misunderstanding, but also to the painting’s renaming to Indian Potter. Countering these cultural stereotypes, Puerto Rican Francisco Oller depicted his native island through landscapes, still-life paintings, and genre paintings, the culmination of which can be seen in his monumental canvas, The Wake, exhibited in both Puerto Rico and France. Here, Oller depicts a quotidian rural occurrence, where locals (including clergymen, farmers, and children) gather for a wake in a typical countryside Puerto Rican home. Details, such as the palm trees in the background and the plantains in the interior, as well as the straw hats, laced tablecloth, and woven baskets, help to situate the wake in a uniquely Puerto Rican setting. In so doing, the painting speaks to a Puerto Rican sense of place and identity, introducing a self-conscious authenticity to costumbrismo. Famously known as the first Impressionist painter of Puerto Rico, Oller applied paint directly from the tube or with a palette knife, and purposefully called attention to the manner in which the work was painted. Even his interest in genre paintings, which depicted daily occurrences, reveals the influence of Impressionists like French artist Camille Pissaro, whom Oller briefly mentored.

Garay, Laso, and Oller were among the earliest artists in their countries to travel to Paris. By the twentieth century, this was no longer the case. As art historian Michele Greet has demonstrated, with an increase in government funding, cheaper modes of transatlantic navigation, and a the precedent of 19th-century travelers, there were more than 300 Latin American artists living and working in Paris between World War I and World War II, including Mexican Diego Rivera, Brazilian Tarsila do Amaral, and Uruguayan Joaquín Torres-García.