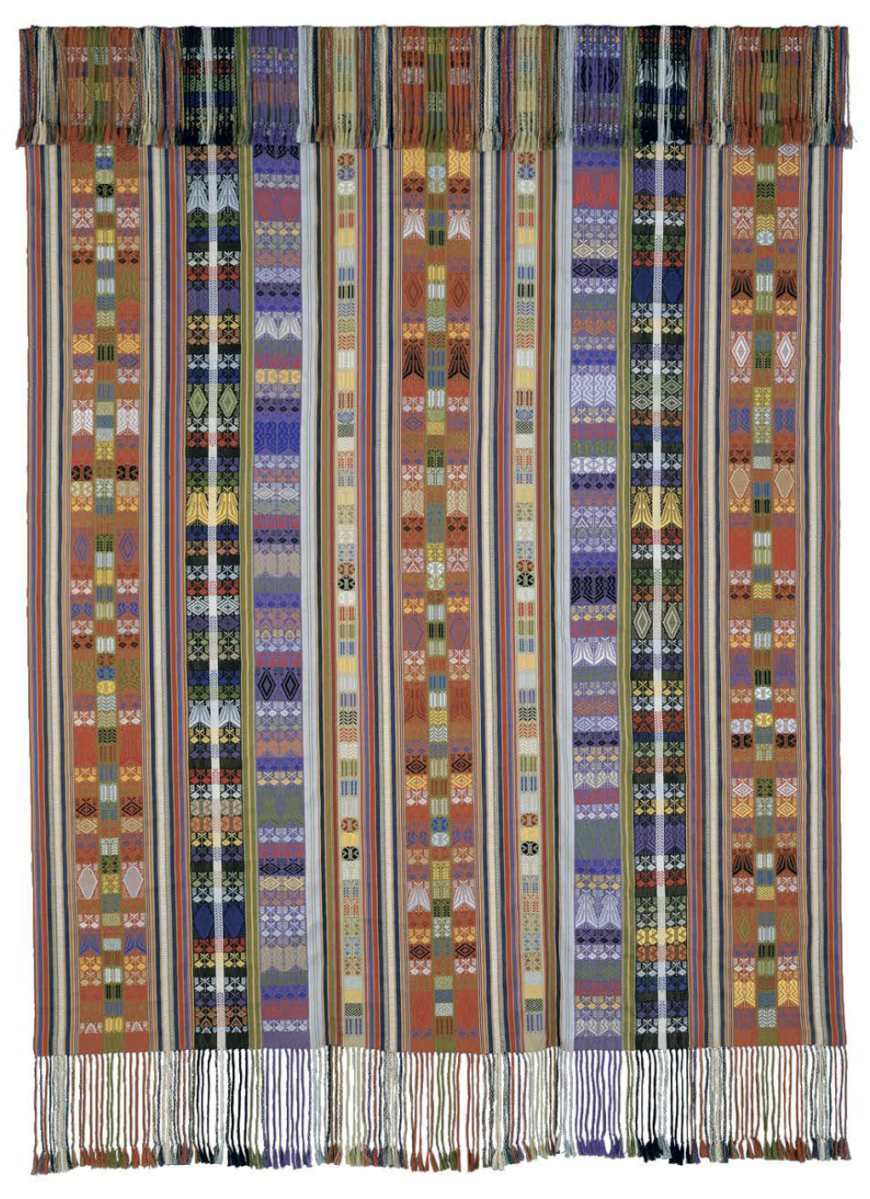 Situated in the Indian Ocean just off the east coast of Africa, the unique island cultures of the Malagasy peoples emerged from a confluence of African, Asian, and Arab origins. While sharing a common heritage, their diversity finds expression in the variety of hand-woven textiles that have long been produced on the island. Among the most celebrated of Malagasy textile traditions is silk cloth produced by Merina weavers in the central highlands since precolonial times.

Historically, such brilliantly colored and intricately patterned textiles were made by female weavers from dyed silk thread purchased from Arab and Indian traders. Beginning in the nineteenth century, the silk was locally grown. Weavers create the textile on a horizontal, fixed heddle loom with a continuous weft and warp using a technique called akotofahana. Geometric designs were created by adding supplementary weft threads that “float” over the woven ground. These motifs, which may derive from plant and animal imagery, use color and pattern combinations to dazzling effect.

Merina silk textiles were highly regarded for their durability, sheen, and warmth. Privileged classes of Merina society wore the cloth as lamba, a type of mantle that is draped around the shoulders or over the body. In death, the cloths served as funerary shrouds for these nobles. The value and prestige associated with akotofahana textiles was such that they were also given as gifts to foreign dignitaries.

The tradition of weaving elaborately patterned silk textiles was abandoned by the late nineteenth century, with the increasing importation of less costly European textiles. A century later, however, finely worked akotofahana is again being produced in the central highlands of Madagascar. In the 1990s, a group of Merina weavers based in Antananarivo began to create silk textiles, often replicating historic nineteenth-century designs of textiles in museum collections, such as the British Museum. The extraordinary example here was made by Imerina master Martin Rakotoarimanana in 1998 as part of this contemporary revival.