This work of art at the Art Institute of Chicago

About the house in American Gothic

“In Search of the Real Grant Wood,” at Smithsonian Magazine

A biography of Grant Wood at the National Gallery, Washington DC

The video argues that one of the reasons that American Gothic has become such an icon is that its ambiguity allows the viewer to see what they want in it. What other reasons might have made the painting as famous as it has become?

What other works of art do you associate with American identity? What vision of America do those works of art promote? Are those visions of America accurate? Why or why not? 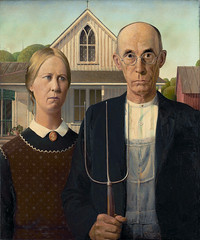 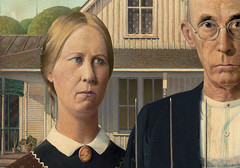 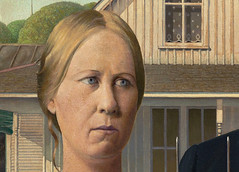 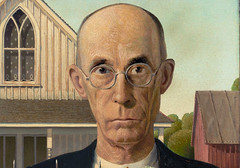 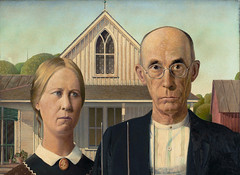