Start
Congratulations - you have completed Codex Canadensis. You scored %%SCORE%% out of %%TOTAL%%. Your performance has been rated as %%RATING%%

Your answers are highlighted below.
What is the hierarchy of the Christian God’s creation of life, as reflected in the order of the codex’s illustrations?
Despite its inaccuracies and European perspective, what is the value of the codex?
Which of these is an essential caution we should adopt in assessing the codex?
Once you are finished, click the button below. Any items you have not completed will be marked incorrect. Get Results
There are 3 questions to complete.
Return
Shaded items are complete.
Return
You have completed
questions
question
Your score is
Correct
Wrong
Partial-Credit
You have not finished your quiz. If you leave this page, your progress will be lost.
Correct Answer
You Selected
Not Attempted
Final Score on Quiz
Attempted Questions Correct
Attempted Questions Wrong
Questions Not Attempted
Total Questions on Quiz
Question Details
Results
Date
Score
Hint
Time allowed
minutes
seconds
Time used
Answer Choice(s) Selected
Question Text
All done
Need more practice!
Keep trying!
Not bad!
Good work!
Perfect!

The Codex Canadensis at the Gilcrease Museum.

An educator resource about the Haudenosaunee Confederation from the Smithsonian National Museum of the American Indian.

Learn more about the territories associated with the Haudenosaunee Confederation from Native Land Digital.

Read about the history of Haudenosaunee from the Canadian Encyclopedia.

A teaching guide, “Teach My Research: Jesuits and Demons in New France”, by Mairi Cowan, University of Toronto Mississauga, about the interactions of Jesuit missionaries and Indigenous people in the territory of New France.

Reflect on the pursuit of encyclopedic knowledge from a single cultural perspective, such as that of the Jesuits. What is the impact of such a pursuit? How do the illustrations in the Codex Canadensis contribute to your thinking? 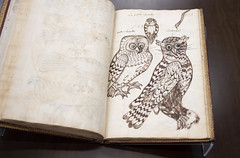 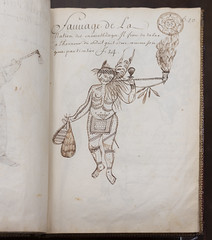 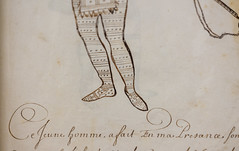 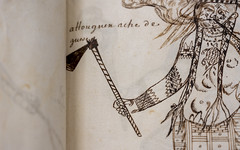