Help your students explore works of art as primary documents. In his Peaceable Kingdom series, Hicks depicts a visionary scene of peace on earth that extends back to include William Penn and the founding of Pennsylvania. Hicks captures the greater religious diversity and tolerance of the Middle Colonies, but the determination of English settlers to take Native American land would undermine the racial harmony he imagined.
APUSH: KC-2.1.II.C 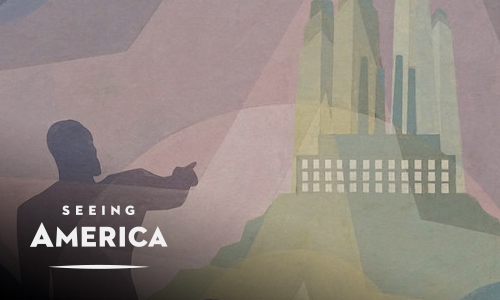 Aaron Douglas's paintings at the 1936 Texas Centennial Exposition focused on how the rich African past inspired a bright future for African Americans, even in the midst of Jim Crow and the Great Depression.
APUSH: KC-7.2.I.B
TEKS: 113.41.(24)(B)