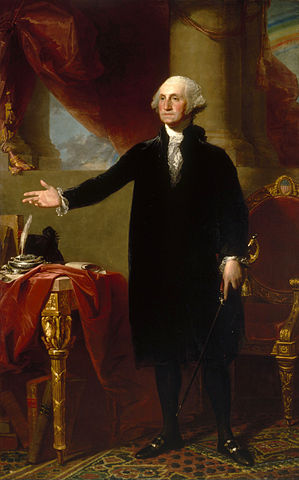 While the name Gilbert Stuart may be one unknown to most Americans, practically every American is aware of at least one of his paintings. Art historians formally call it the Athenaeum Portrait.  Most everyone is familiar with it as the engraved image of George Washington that graces the front of the one-dollar bill. This is one of the dozens of portraits that Stuart painted of our first president. Another, a full-length likeness, is called the Lansdowne Portrait. Although not as famous as its bust-length counterpart, the Lansdowne Portrait retains a place of special significance within the history of American art. 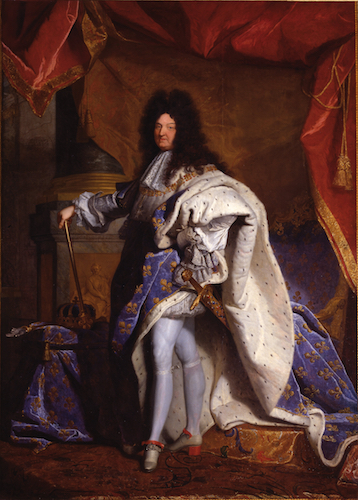 On the brink of the American Revolutionary War, Stuart decided it was time to pursue serious artistic instruction, and so, in 1775, he sailed for London and the studio of Benjamin West, whose generosity to his colonial brethren was seemingly endless.

Stuart remained in London for almost twelve years and then relocated to Ireland. He clearly had aspirations of making American versions of European Grand Manner portraits such as the likeness Hyacinthe Rigaud painted of Louis XIV in 1701. After acquiring debts sufficient to necessitate a hasty departure from the Emerald Isle, the artist told a friend about his short-term plans for Ireland and about his anticipated return to the United States:

When I can net a sum sufficient to take me to America, I shall be off to my native soil.  There I expect to make a fortune by [portraits of] Washington alone.  I calculate upon making a plurality of his portraits, whole lengths, what will enable me to realize; and if I should be fortunate, I will repay my English and Irish creditors. To Ireland and English I shall be adieu.

This was a task easier said than done. Stuart did not personally know the recently elected president, and the artist had been away from his homeland for 18 years.

Rather than return to Rhode Island, the state of his birth, he instead sailed for New York City, the home of John Jay, the first Chief Justice of the Supreme Court and a close political confidant to George Washington. Stuart first met Jay in 1782 when the politician was in London negotiating the Treaty of Paris, the accord that officially ended the American Revolutionary War. Stuart arrived in New York City in early May of 1793, and a visit to Jay, one of the few people the painter could have known in Manhattan, must have been amongst Stuart’s first social calls. He painted Jay several times during the months that followed and the politician provided a letter of introduction for the relatively unknown artist to meet the president. Stuart departed New York City for Philadelphia in November 1794.

If painting images of George Washington was the primary reason Stuart returned to the United States, then Philadelphia was certainly the place to be. Stuart wasted little time in calling on Washington, and painted three different kinds of portraits of the president (with dozens of subsequent copies) in the years that followed. In the decades immediately preceding the invention of photography, the myriad of portraits of Washington that Stuart painted created an image Americans accepted as the portrait of their first president. The “Vaughan Type” shows Washington facing slightly to his left, the “Athenaeum Type” shows the first president facing to his right, and the “Lansdowne Type” is a full-length portrait.

Stuart painted six full-length portraits of Washington. The “Lansdowne Type” acquired its name from the owner of the first full-length portrait Stuart painted, William Petty, the first Marquis of Lansdowne. The portrait was a gift from William Bingham, a wealthy Philadelphian merchant and was intended to thank Lord Lansdowne for his financial support of the colonial cause during the American Revolutionary War. 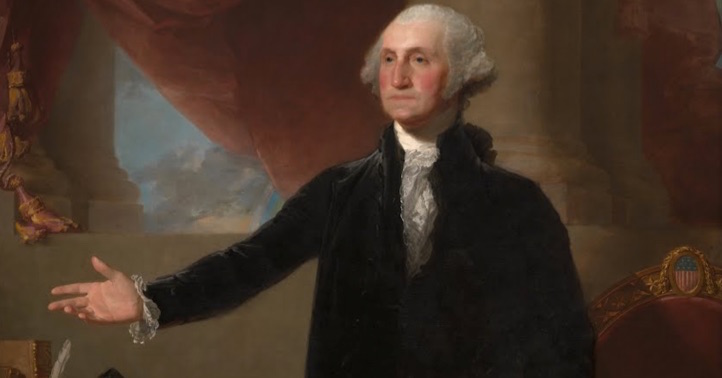 Given his European training, Stuart was well suited to execute a Grand Manner portrait of America’s first president. However, whereas previous artists such as John Trumbull and Charles Willson Peale emphasized Washington’s position as an officer in the Revolutionary Army, Stuart stressed Washington’s position as a civilian commander in chief. In the Lansdowne Portrait, Washington does not hold a scepter, wear a crown, or sit on a throne. Instead, Stuart filled the eight-foot tall composition with elements symbolic to the new republic. He wears an American made black velvet suit, one similar in fabric, cut, and color to one he frequently wore on public occasions. Washington raises his right arm in a classically inspired oratorical pose, while his left hand grasps a ceremonial sword. The President stands before a portico-like space, complete with two pairs of columns and a red curtain that has been pulled aside to reveal a background of open sky.

In addition to the architectural setting and the sitter’s pose, other elements within the composition transform the Lansdowne Portrait from a simple likeness of Washington into an official state portrait. The Neo-Classical chair on the right side of the painting contains elements from the Great Seal of the United States. A small oval medallion on the top of the chair is divided in half. The top half contains thirteen white stars in a blue field, and thirteen alternating red and white stripes appear underneath. Two erect eagles are visible on top of the leg of the table, each of which grasps a bundle of arrows, symbols of readiness for war. Underneath the table are several books, titled, General Orders, American Revolution, and Constitution & Laws of the United States that indicate Washington’s past military and political accomplishments. More books, Federalist and Journal of Congress, stand upright on top of the table. A silver inkwell, quill, and several sheets of blank paper can be seen immediately underneath Washington’s outstretched right hand.

Representing the office of the presidency

Without question, Gilbert Stuart’s Lansdowne Portrait of George Washington is far more than a portrait of the first president of the United States of America. It is instead a painting that represents not only Washington’s likeness, but also the aesthetic and political trappings of the office of the presidency and of the New Republic. Utilizing all of the traditions of European Grand Manner portraiture, it became the standard full-length political likeness of Washington throughout the Federalist period.

This portrait at the National Portrait Gallery

The Landsdowne Portrait on the Google Art Project

Interactive on the painting from the Smithsonian