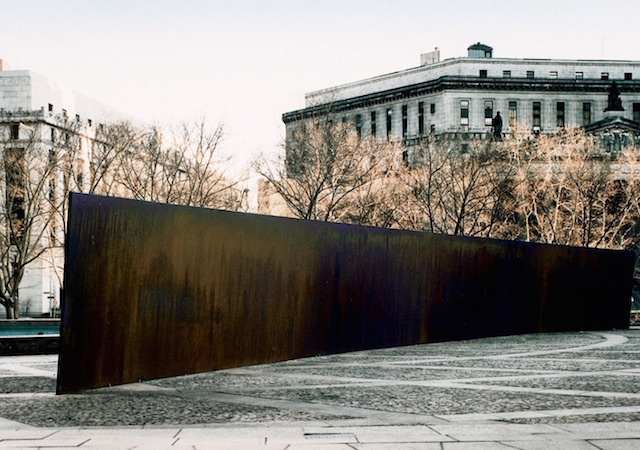 Imagine walking past a sculpture in a city plaza — you might see a 19th-century bronze statue of a Civil War General on horseback or a marble statue of the Greek goddess of victory atop a high pedestal. Perhaps you glance up at the artwork in passing. Or, maybe you don’t even take notice, as it is just one of the many urban sculptures honoring bygone heroes. 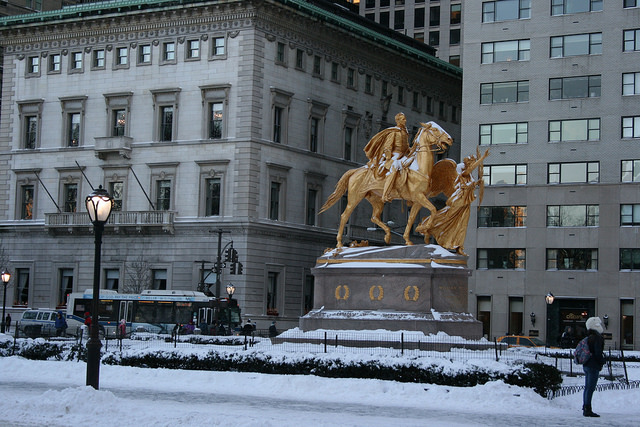 Richard Serra wanted passers-by to have a very different relationship to public sculpture. His 1981 sculpture Tilted Arc was a 12-foot-tall, 120-foot-long, 15-ton steel slab that cut across Federal Plaza in Lower Manhattan. Instead of focusing on the optical experience of sculpture — looking at it from a distance — Serra wanted passers-by to experience the sculpture in a physical way. He said that the long, curving metal sheet would “encompass the people who walk on the plaza in its volume,” altering their experience of the space as they moved to and from the surrounding government buildings.

Serra shared this interest with many of his minimalist colleagues such as Dan Flavin and Robert Morris, who sought to engage the spaces surrounding their sculptures. Minimalist artists considered their audience as moving beings with changing perspectives, not static viewers. For example, Tilted Arc could seem like a lyrical curve from some vantage points and an imposing barrier from others.

The sculpture was commissioned by the US General Services Administration (GSA), as part of its “Art-in-Architecture” program, which commissioned large-scale, permanent artworks for new government buildings. However, Serra’s work would not be permanent.

Serra saw public art as a way to expose and criticize the surrounding public space, not to beautify it. This approach made  Titled Arc a target of criticism from the moment of its installation in 1981.  New York Times art critic Grace Glueck called it “an awkward, bullying piece that may conceivably be the ugliest work of outdoor art in the city.” 1 Employees of two government divisions that were housed on Federal Plaza collected 1,300 signatures requesting the removal of the sculpture. However, this criticism did not gain real traction until William Diamond became the GSA administrator in 1984 and took up the cause. Diamond held a public forum about Tilted Arc, in which 180 federal plaza workers, art critics, artists, curators, and other concerned parties expressed their opinions about the piece.

All those in favor

Another  New York Times critic , Michael Berenson, wrote that ” Tilted Arc  is confrontational. But it is also gentle, silent and private. ” 2  Proponents of the sculpture stated that removing the sculpture at the request of a few would infringe upon Serra’s First Amendment right to free speech, and therefore was un-American. Some emphasized that difficult artworks often become masterpieces only after an initial controversy (for example, Manet’s Olympia ). 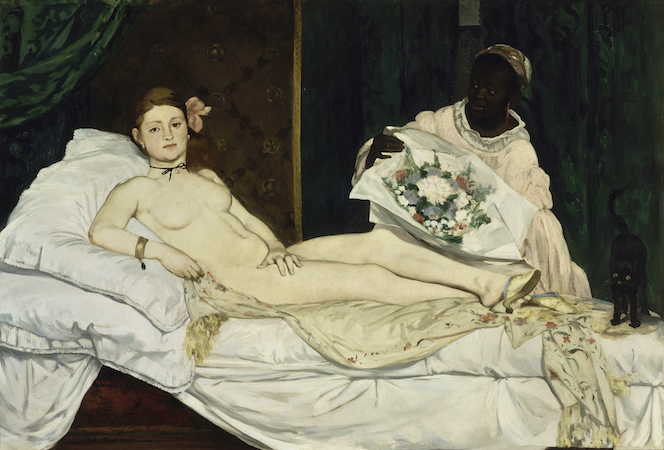 Serra and his supporters also stated that the artwork was site specific — that it was designed specifically for the Federal Plaza space. Because Tilted Arc engaged with its surroundings, it could not simply be moved to another location like other sculptures. The removal of the sculpture from Federal Plaza would destroy it.

Opponents of Tilted Arc felt that the public had not been adequately consulted. Indeed, the GSA amended its policies in 1988 to include more public awareness programming around each of its new sculptures. Furthermore, they found the resulting sculpture to be yet another rusting eyesore in New York City. Some argued that the sculpture “attracted” graffiti and rats. Others contended that the sculpture compromised the security and surveillance of the plaza, making the surrounding buildings more vulnerable to terrorist attacks.

Many of those who defended Tilted Arc felt that Diamond and the rest of the jury had already made up their minds to remove the sculpture before the public forum began. Indeed, in spite of the fact that 122 people spoke in favor of the Tilted Arc and 58 against, the jury voted to remove the sculpture. The forum, however, brought up larger issues about the audience for public art. Who was the audience for this public sculpture? Was it the 180 concerned art critics and bureaucrats that attended the forum? The 10,000 people who worked in federal plaza? All New Yorkers? All Americans?

Serra sued the GSA, claiming violations of his contract, his copyright, and his right to Free Speech. A court found that the government owned the sculpture and thus could do as it saw fit. In 1989, the sculpture was removed in pieces and put in storage indefinitely. 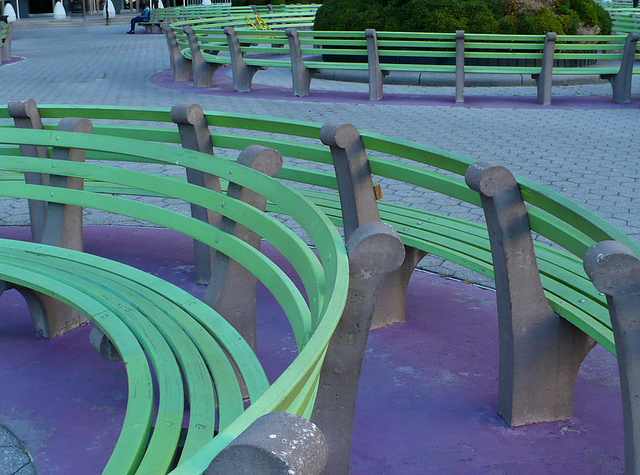 Not long after the removal of Tilted Arc , the GSA contacted landscape architect Martha Schwartz to re-imagine the plaza. Her design included mound-shaped hedges and long, curving benches. Proponents said that this restored the “use value” of the space by allowing office workers to enjoy their lunches on the plaza, while opponents said that it made the plaza into an ordinary park space that lacked the drama and artistry of Serra’s work.

Should public art be practical? Provocative? Beautiful? Brash? Who is the audience for public art? Who gets to have a say in the process of commissioning new art? The history of Tilted Arc looms over these debates.

The Trial of Tilted Arc (video from SFMOMA)

The Messy Saga of Tilted Arc  Is Far From Over (NY Times, 1989 article)