Help your students explore works of art as primary documents.

People were here; people came here; people moved around here. The history of the United States is a long and continuous tale of movement.

Eastman Johnson, A Ride for Liberty — The Fugitive Slaves (1862) 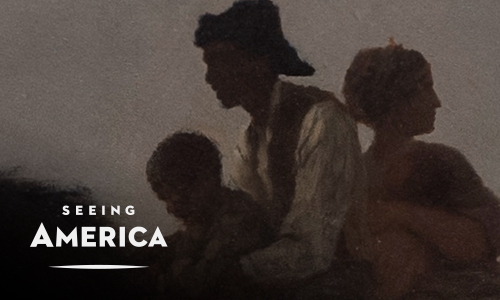 Eastman Johnson depicts a family emancipating themselves from slavery at great risk during the Civil War. Compared to abolitionist images of kneeling slaves and historical narratives crediting Abraham Lincoln or the U.S. government with ending slavery, this is a radical image that centers Black agency in emancipation.
APUSH: KC-5.3.I.B Between the Seven Years' War and the Revolutionary War, conflict between Indigenous people, American colonists, and British imperial officials intensified as American colonists encroached on Indigenous land. Benjamin West's painting of a popular myth helps to illustrate the changes in this period.
APUSH: KC-2.1.I.C