The Mughal Empire ruled much of the Indian subcontinent during this time. Several smaller Hindu kingdoms in the south emerged after the fall of the Vijayangara empire. We also see the rising influence of European trading companies in the region, dominated by the British East India Company which arrived in 1608. This tomb, built in 1570, is of particular cultural significance as it was the first garden-tomb on the Indian subcontinent. Why is this gall bladder in such an extravagant case? 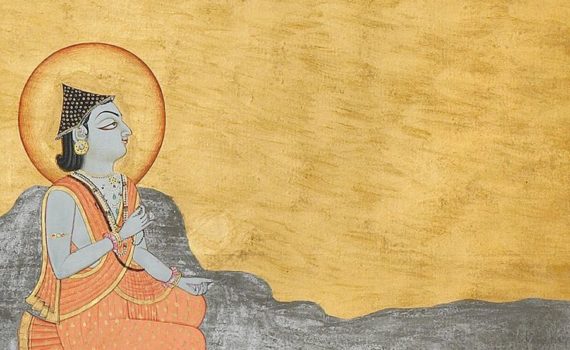 Three Aspects of the Absolute

Out of the absolute of Hindu metaphysics comes the nearest visualisation you can get to of a trance. "One of the great masterpieces of world art was really given rise to by the openness of the Muslim mind." For centuries, handwoven cloth from the Kashmir region of the Indian subcontinent has been revered for its exquisite softness and decorative surface patterns. Follow V&A's conservation team as they carefully clean and repair a magnificent 19th century jama – a style of garment worn by men in India for centuries. Curious about the vibrant colors in Mughal paintings? Learn about the art of imperial painting here. 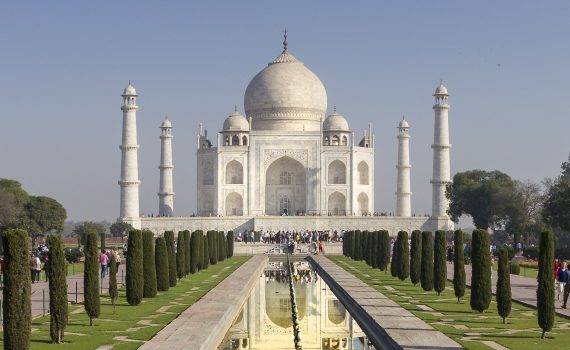 This huge white-marble mausoleum is recognized the world over for its splendor, symmetry, and stunning gardens. Who’s that in the plumed hat? From emperors to kings, the painter Bichitr mastered court portraiture. 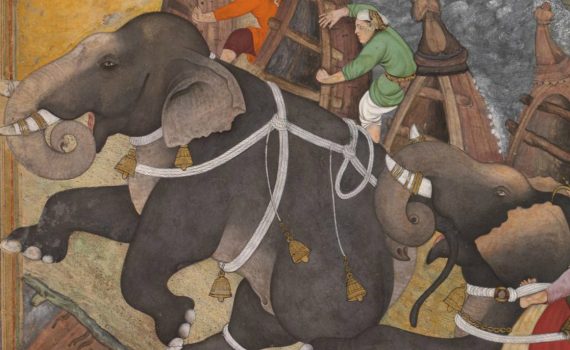 Illustration from the Akbarnama

Under Akbar the Great, the Mughal style of painting blended Indian, Persian, and Western artistic traditions. 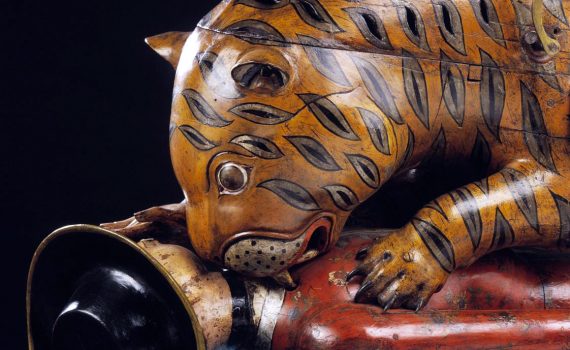 Made for a sultan, this unusual automaton emblematizes the fierce hostility between British and Indian rulers.