Much changed in northern Europe in the fifteenth and sixteenth centuries.

Some of the most important changes in northern Europe include the invention of the printing press, the formation of a merchant class of art patrons that purchased works in oil on panel, the Protestant Reformation and the translation of the Bible from the original languages into the vernacular or common languages such as German and French, and international trade in urban centers.

An introduction to the Northern Renaissance in the fifteenth century From the advent of the printing press to the perfection of oil paint, this was a time of change in northern Europe. A center for trade in northern Europe, Flanders was fertile ground for painting, tapestry, goldwork, and sculpture.

Introduction to Burgundy in the Fifteenth Century 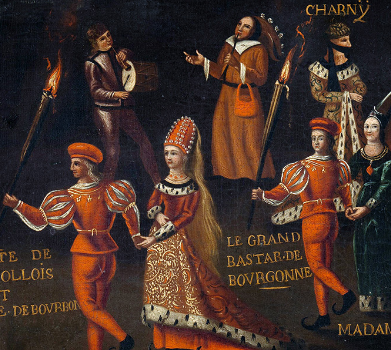 Rich in art and ceremony, the short-lived Court of Burgundy was one of the most splendid in Europe. 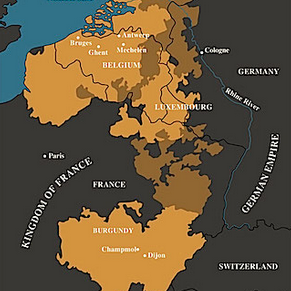 Northern painters layered oil paint in thin glazes in order to capture the rich textures of their mercantile world. By The Metropolitan Museum of Art

The detailed scenes of this multi-layered painting drew worshipers in—and brought them closer to God.

The Norfolk Triptych and how it was made Pure gold wasn’t cheap, so the patron of these delicate panels settled for gold leaf on oak. Count the layers!

The Medieval and Renaissance altarpiece The story embodied on the altarpiece offered an object lesson in the human suffering experienced by Christ.