What was the Renaissance and where did it happen?

The word Renaissance is generally defined as the rebirth of classical antiquity in Italy in the fifteenth and sixteenth centuries. Seems simple enough, but the word “Renaissance” is actually fraught with complexity.

Scholars argue about exactly when the Renaissance happened, where it took place, how long it lasted, or if it even happened at all. Scholars also disagree about whether the Renaissance is a “rebirth” of classical antiquity (ancient Greece and Rome) or simply a continuation of classical traditions but with different emphases.

Traditional accounts of the Renaissance favor a narrative that places the birth of the Renaissance in Florence, Italy. In this narrative, Italian art and ideas migrate North from Italy (largely because of the travels of the great German artist Albrecht Dϋrer who studied, admired, and was inspired by Italy, and he carried his Italian experiences back to Germany).

The Renaissance in Northern Europe

However, so much changed in northern Europe in the fifteenth and sixteenth centuries that the era deserves to be evaluated on its own terms. So we use the term “Northern Renaissance” to refer to the Renaissance that occurred in Europe north of the Alps.

Some of the most important changes in northern Europe include the: 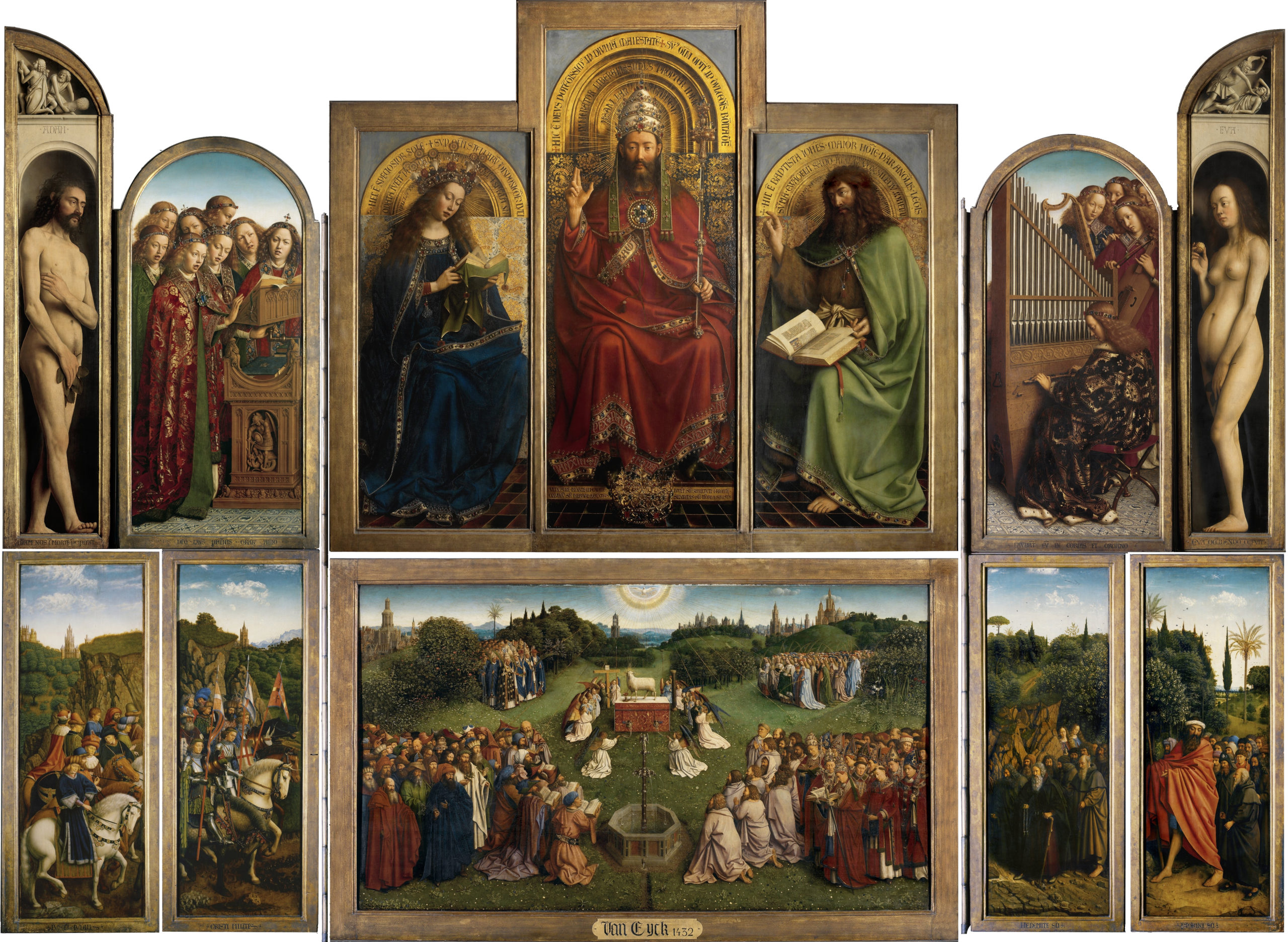 In the fifteenth century, northern artists such as Jan van Eyck introduced powerful and influential changes, such as the perfection of oil paint and almost impossible representation of minute detail, practices that clearly distinguish Northern art from Italian art as well as art from the preceding centuries. Jan and Hubert van Eyck’s Ghent Altarpiece, 1432 (Church of Saint Bavo, Ghent) exemplifies the grand scale and minute detail of Northern painting. This public, religious picture has an open and closed position. On the interior, we see such holy figures as the Virgin, Christ, saints, and angels. It also showcases the largesse of the donors, depicted kneeling on the lowest corners of the exterior, who employed the van Eyck brothers to immortalize them in this very public work of art. Jan van Eyck’s Arnolfini Portrait shows a well-to-do couple in a tasteful, bourgeois interior. The text in the back of the image identifies the date and Jan van Eyck as the artist. Art historians disagree about what is actually happening in the image, whether this is a betrothal or a marriage, or perhaps something else entirely. One of the most important aspects of this painting is the symbolic meanings of the objects, for instance that the dog may symbolize fidelity (“Fido”) or that the fruit on the windowsill may signify either wealth or temptation. This painting is a touchstone for the study of iconography, a method of interpreting works of art by deciphering symbolic meaning.

Though Jan van Eyck did not invent oil paint, he used the medium to greater effect than any other artist to date. Oil would become a predominant medium for painting for centuries, favored in art academies into the nineteenth century and beyond. The Arnolfinis counted as middle class because their wealth came from trade rather than inherited titles and land. The power of the merchant-class patrons of northern Europe cultivated a taste for art made for domestic display. Decorating one’s home is still a powerful motivation for art patrons. Museum visitors repeatedly comment, “well, I wouldn’t want it in my living room.” 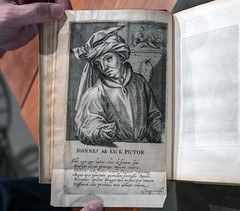 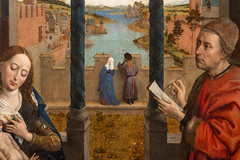 Cite this page as: Dr. Bonnie Noble, "An introduction to the Northern Renaissance in the fifteenth century," in Smarthistory, August 9, 2015, accessed December 1, 2022, https://smarthistory.org/an-introduction-to-the-northern-renaissance-in-the-fifteenth-century/.