Culture can be defined as those social practices [or discourses] whose prime aim is signification, i.e. the production of sense or making orders of “sense” for the world we live in. Culture is the social level in which are produced those images of the world and definitions of reality which can be ideologically mobilized to legitimize the existing order of relations of domination and subordination between classes, races, and sexes. 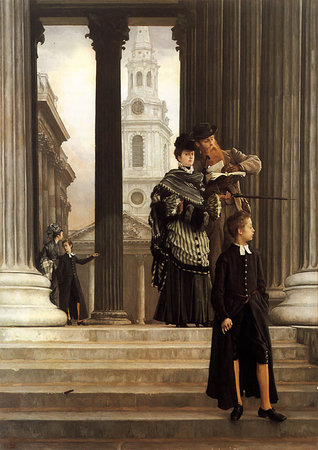 A central premise of Postmodern criticism is that we are constructed in the codes, discourses, and languages of our cultural contexts. These codes do not seem to be artificial to us—instead, they seem natural. But this is an effect of the power of culture in defining us and the way we look at the world. Culture “naturalizes” codes of identity, and we forget that how we define ourselves—and others—depends on choices we make. We imagine instead that things “have always been this way.” Postmodern art criticism offers a way to challenge that idea, by showing how visual (i.e., cultural) representations of race, class, gender, and sex are created, how they change, and how they shape identity.

The rise of the museum

Cultural institutions are integral to the creation of identity. The late eighteenth and early nineteenth centuries saw the rise of an important new institution in European culture: the public art museum. Museums in England (The British Museum and National Gallery of Art), France (The Louvre), Germany, Italy, and ultimately the United States played important roles in defining national identity. In the following quotation from her book Civilizing Rituals, Carol Duncan strongly argues for the critical role these museums played:

To control a museum means precisely to control the representation of a community and its highest values and truths. It is also the power to define the relative standing of individuals within that community. Those who are best prepared to perform its ritual—those who are most able to respond to its various cues—are also those whose identities (social, sexual, racial, etc.) the museum ritual most fully confirms. It is precisely for this reason that museums and museum practices can become objects of fierce struggle and impassioned debate. What we see and do not see in art museums—and on what terms and by whose authority we do or do not see it—is closely linked to larger questions about who constitutes the community and who defines its identity [pp. 8-9]. 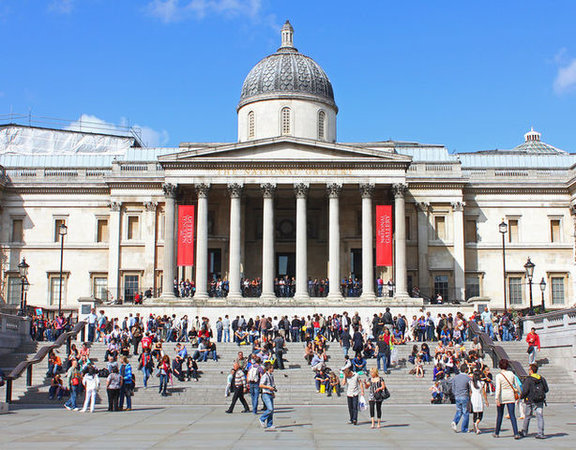 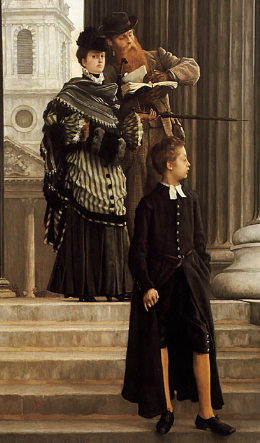 As a way of gaining an understanding the role the art museum plays in the forming of ideology, consider a painting by James  Tissot of 1874, entitled London Visitors. Implicit in this image are the social and cultural functions of the art museum in late nineteenth century England. The nineteenth century British critic William Hazlitt articulates the primary objective of the National Gallery of Art in terms that strikingly resonate with Tissot’s painting:

It is a cure (for the time at least) for low-thoughted cares and uneasy passions. We are abstracted to another sphere: we breathe empyrean air; we enter into the minds of Raphael, of Titian, of Poussin, of the Caracci, and look at nature with their eyes; we live in time past, and seem identified with the permanent forms of things. The business of the world at large, and even its pleasures, appear like a vanity and an impertinence. What signify the hubbub, the shifting scenery, the fantoccini figures, the folly, the idle fashions without, when compared with the solitude, the silence, the speaking looks, the unfading forms within? Here is the mind’s true home. The contemplation of truth and beauty is the proper object for which we were created, which calls forth the most intense desires of the soul, and of which it never tires [as quoted in Carol Duncan, Civilizing Rituals: Inside Public Art Museums, London, 1995, p. 15]. 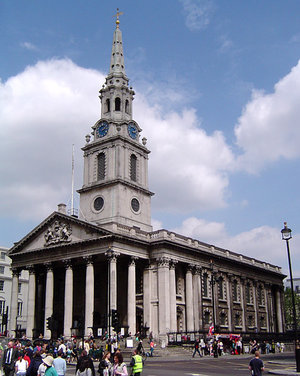 Tissot’s painting has the semblance of a random and neutral glimpse of the world. The authenticity of this vision is emphasized by the fact that we can identify the actual spot depicted in the painting.

The people are standing in the Greek Revival portico of the National Gallery of Art in London. Through the columns we can see the church of St. Martin-in-the-Fields designed by James Gibbs in the early eighteenth century and inspired by Christopher Wren.

The museum and its architecture

Both the facades of the church and the National Gallery are directly tied to the tradition of classical architecture inherited from Greek and Roman art. The facade of the Pantheon constructed by the Emperor Hadrian at the beginning of the 2nd century C.E. exemplifies this traditional temple facade. 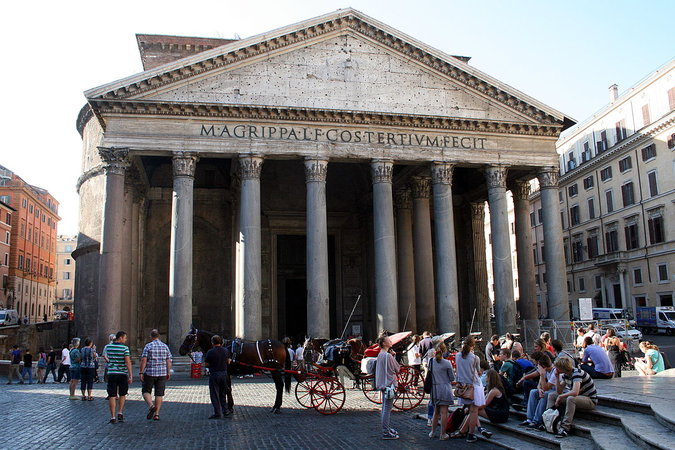 Think of your own experience of facades like this. Where do you find them? How do they make you feel? What are their purposes? 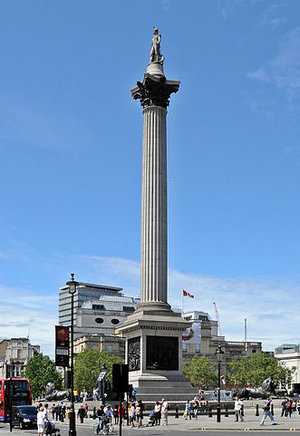 To the right of the painting would be Trafalgar Square, in the center of which is a monument dedicated to Lord Nelson, an Admiral in the British navy who was killed during his victory at the Battle of Trafalgar. The Nelson Monument is formed by a statue of Lord Nelson atop a Corinthian column derived from Greek and Roman architecture. The form of this monument is directly tied to a form of triumphal monument that can be traced back to Roman art best exemplified by the Column of Trajan constructed in the early 2nd century C.E. in Rome.

It is important to see a public space like Trafalgar Square within a tradition of comparable spaces in city planning. For example, the Column of Trajan in Rome was a part of a larger complex, the Forum of Trajan. It was traditional in Roman city planning to have at the center a large public space within which major formal public buildings would be placed. These fora in the Roman city served to give visual form to the dominant Roman values and the authority of the state.

It is worthwhile to identify the different monuments included in the Forum of Trajan. To enter the forum one would go through a triumphal arch dedicated to Trajan. You would then be in the large forecourt with an equestrian statue of Trajan in the center. This forecourt is terminated by a large building called the Basilica Ulpia. One of its primary functions would be as a law court. Beyond the basilica, there were two libraries—one Greek and the other Latin. These libraries flank the Column of Trajan. The complex was terminated by the Temple of the Divine Trajan, dedicated by his successor.

Note the different institutions included in the Forum, and consider their symbolic relationship to authority of the Emperor Trajan and the Roman Empire. Compare this to Trafalgar Square. Also consider other major public spaces in our cities. Consider the parallels to the Mall in Washington, D.C. Remember that the National Gallery of Art is a part of the Mall. Consider the implications of this type of planning in Western architecture. As a tangent here, consider the implications of the idea of “Empire.” Remember: central to the Roman concept of power is their notion of empire. Also remember that Tissot painted his painting at the height of the British Empire. 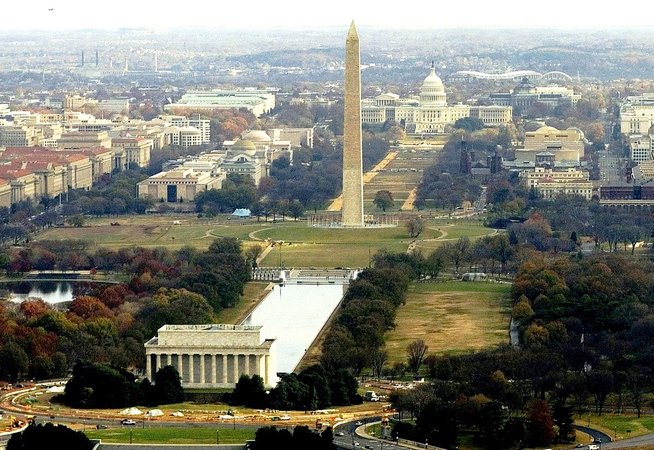 Aerial view of the National Mall in Washington, D.C. showing the Lincoln Memorial at the bottom, the Washington Monument in the center, and the U.S. Capitol at the top

Obviously one of the institutions present in the painting is the art museum and the role art plays in the social, cultural, and political life in the West. Relate your experience of seeing this painting to your own experience of going to an art museum. What generalizations can you make about the locations of art museums? What relationships do you understand to be between the art museum and the surrounding buildings and/or spaces? What purposes does a formal entrance like the one shown in the painting play? What do or don’t you expect to see in art museum?

James Tissot’s London Visitors at the Toledo Museum of Art 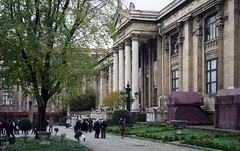 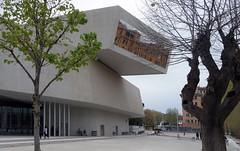 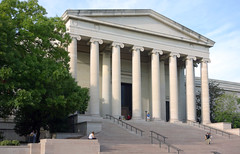 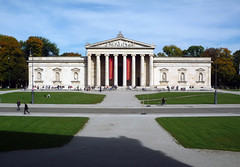 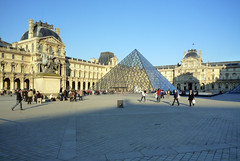 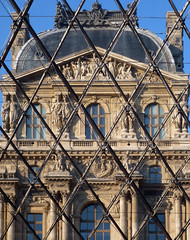 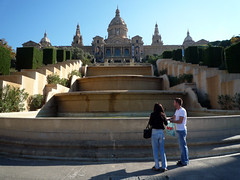 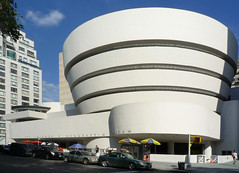 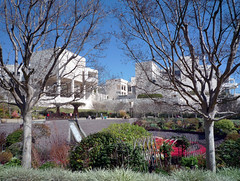 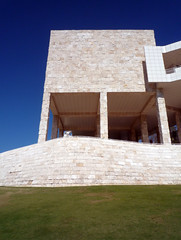