Islam, Judaism, and Christianity are three of the world’s great monotheistic faiths. They share many of the same holy sites, such as Jerusalem, and prophets, such as Abraham. Collectively, scholars refer to these three religions as the Abrahamic faiths, since Abraham and his family played vital roles in the formation of these religions. Islam was founded by Muhammad (c. 570–632 C.E.), a merchant from the city of Mecca, now in modern-day Saudi Arabia. Mecca was a well-established trading city. The Kaaba (in Mecca) is the focus of pilgrimage for Muslims.

Between 625–630 C.E., there were a series of battles fought between the Meccans and Muhammad and the new Muslim community. Eventually, Muhammad was victorious and reentered Mecca in 630.

The century following Muhammad’s death was dominated by military conquest and expansion. Muhammad was succeeded by the four “rightly-guided” Caliphs (khalifa or successor in Arabic): Abu Bakr (632–34 C.E.), Umar (634–44 C.E.), Uthman (644–56 C.E.), and Ali (656–661 C.E.). The Qur’an is believed to have been codified during Uthman’s reign. The final caliph, Ali, was married to Fatima, Muhammad’s daughter and was murdered in 661. The death of Ali is a very important event; his followers, who believed that he should have succeeded Muhammad directly, became known as the Shi’a, meaning the followers of Ali. Today, the Shi’ite community is composed of several different branches, and there are large Shi’a populations in Iran, Iraq, and Bahrain. The Sunnis, who do not hold that Ali should have directly succeeded Muhammad, compose the largest branch of Islam; their adherents can be found across North Africa, the Middle East, as well as in Asia and Europe. 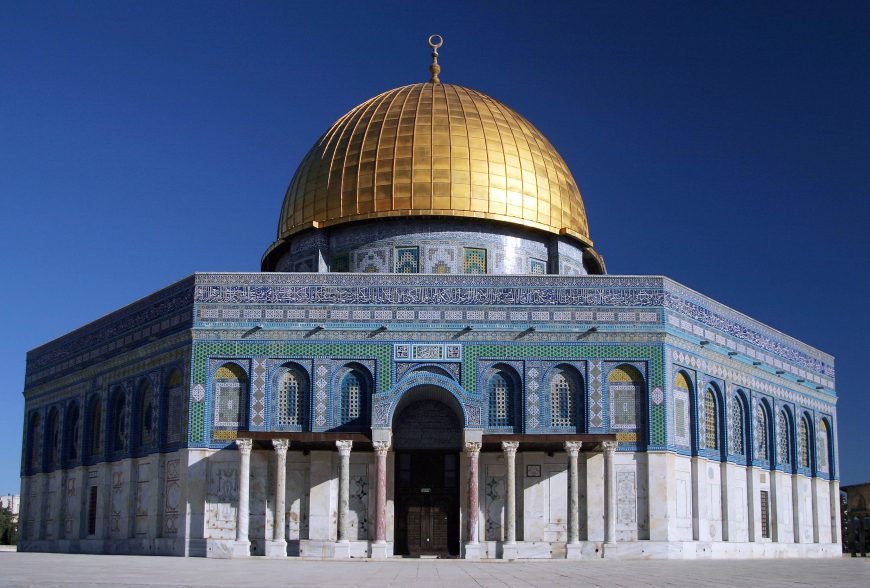