Movement refers to a sense of motion as the eye is guided through a work of art. This can be accomplished by showing figures in motion, or simply through the visual elements.

An Indian illumination — that is, a painting in a hand-made book — from the Akbarnama showing Akbar hunting in an enclosure demonstrates both types. As with the Dürer woodcut, Four Horsemen of the Apocalypse, the rider on his horse charges rapidly from left to right across the image. The smaller animals scatter, darting in all directions and also hunting one another. Their movements create a strong sense of movement throughout the image. However, there are formal elements that intensify this. 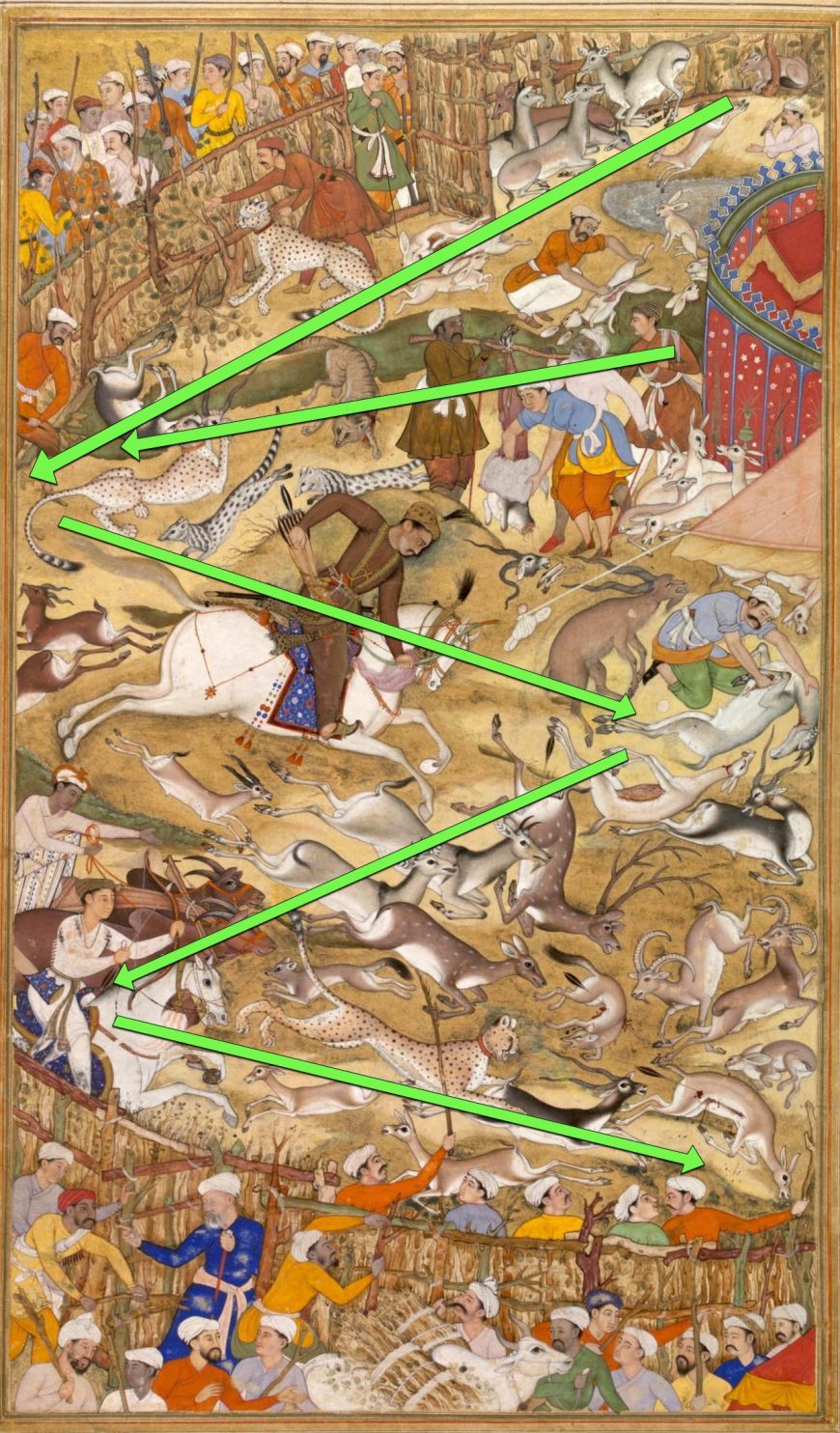 Just as the horizontal lines behind the riders in the Dürer woodcut suggested their movement forward, so here, lines and colors help convey the motion of people and animals. There is a strong zigzag that brings us from top to bottom, or bottom to top.

Starting at the top-right corner, the fences form a strong diagonal, accompanied by the slash of green representing a stream. These meet at the left edge, where the momentum then follows Akbar on his large white horse, also emphasized by the line of darker earth that moves in a downward diagonal from the horse’s mouth. This motion then again reverses direction, in a downward diagonal, back to the left edge, which in turn bounces back to the bottom right edge.

Our eyes therefore move throughout the image not only because the figures in it are depicted in motion, but also because of the manipulation of the visual elements.