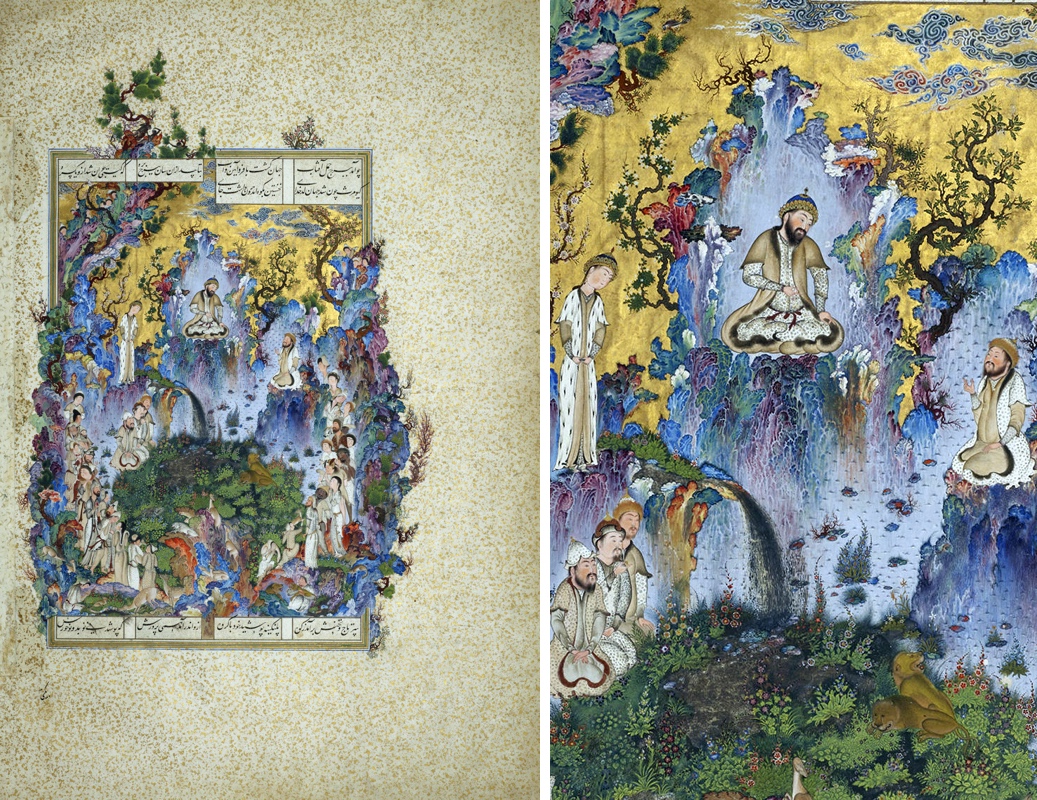 This sumptuous page, The Court of Gayumars (also spelled Kayumars— see top of page, details below and large image here), comes from an illuminated manuscript of the Shahnama (Book of Kings)—an epic poem describing the history of kingship in Persia (what is now Iran). Because of its blending of painting styles from both Tabriz and Herat (see map below), its luminous pigments, fine detail, and complex imagery, this copy of the Shahnama stands out in the history of the artistic production in Central Asia.

The Shahnama was written by Abu al-Qāsim Ferdowsi around the year 1000 and is a masterful example of Persian poetry. The epic chronicles kings and heroes who pre-date the introduction of Islam to Persia as well as the human experiences of love, suffering, and death. The epic has been copied countless times—often with elaborate illustrations (see another example here).

This particular manuscript of the Shahnama was begun during the first years of the 16th century for the first Safavid dynastic ruler, Shah Ismail I, but was completed under the direction of his son, Shah Tahmasp I in the northern Persian city of Tabriz (see map below). The Safavid dynastic rulers claimed to descend from Sufi shaikhs—mystical leaders from Ardabīl, in northwestern Iran. The name “Safavid” stems from one particular ancestral Sufi, named Shaykh Safi al-Din (literally translated as “purity of the religion”). Over a two-hundred-year span starting in 1501, the Safavids controlled large parts of what is today Iran and Azerbaijan (see map below). The Safavids actively commissioned the building of public architectural complexes such as mosques (image below), and they were patrons of the arts of the book. In fact, manuscript illumination was central to Safavid royal patronage of the arts. It is often assumed that images that include human and animal figures, as seen in the detail below, are forbidden in Islam. Recent scholarship, however, highlights that throughout the history of Islam, there have been periods in which iconoclastic tendencies waxed and waned.1 That is to say, at specific moments and places, the representation of human or animal figures was tolerated to varying degrees. There is a long figural tradition in Persia—even after the introduction of Islam—that is perhaps most evident in book illustration. It is also important to note that, unlike the neighboring Ottoman Empire to the west who were Sunni and in some ways more orthodox, the Safavids subscribed to the Shi’i sect of Islam. 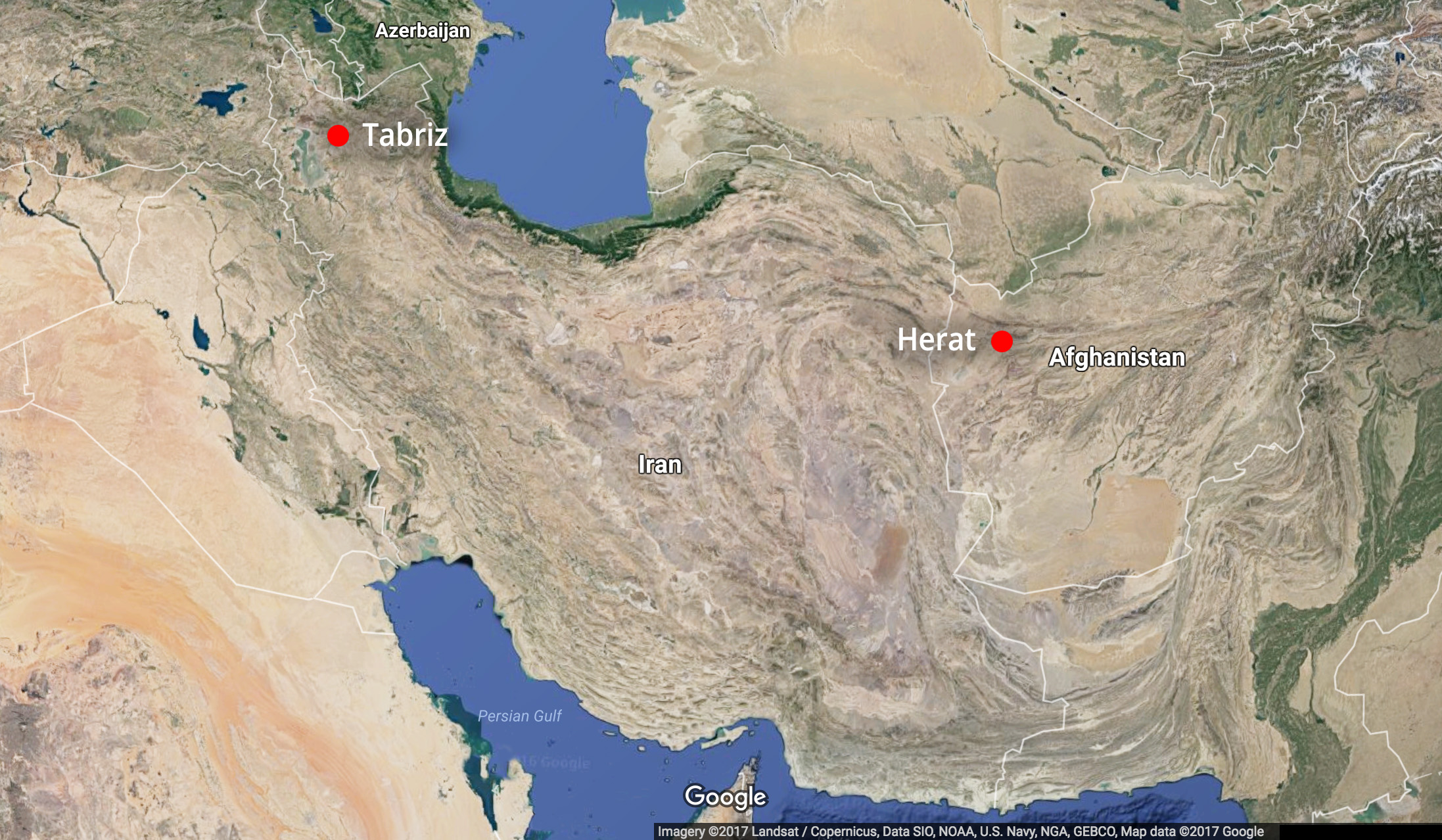 Although it is widely recognized that the conventions of what is sometimes termed “classical”2 Persianate painting had become established by the fourteenth century, it is in the reign of Shah Tahmasp I that we see the most dramatic advancements in illumination and the arts of the book more generally.3 His patronage of this specific art form is in part due to his own painting studies in Herat (in the western region of present-day Afghanistan) and Tabriz (in the northwestern region of present-day Iran), under Bihzad and Sultan Muhammad, respectively.4 Both cities were major centers for the production of manuscript illuminations. While the entire manuscript of the Shahnameh of Shah Tahmasp I consists of approximately 759 illustrated folios and 258 miniatures all produced over the span of several years,5 this particular miniature is attributed to the workshop of Sultan Muhammad, according to Dust Muhammad, an artist and historian from this period.6 In 1568, this lavish Shahnameh was given as a gift by Shah Tahmasp I to the Ottoman Sultan, Selim II.7 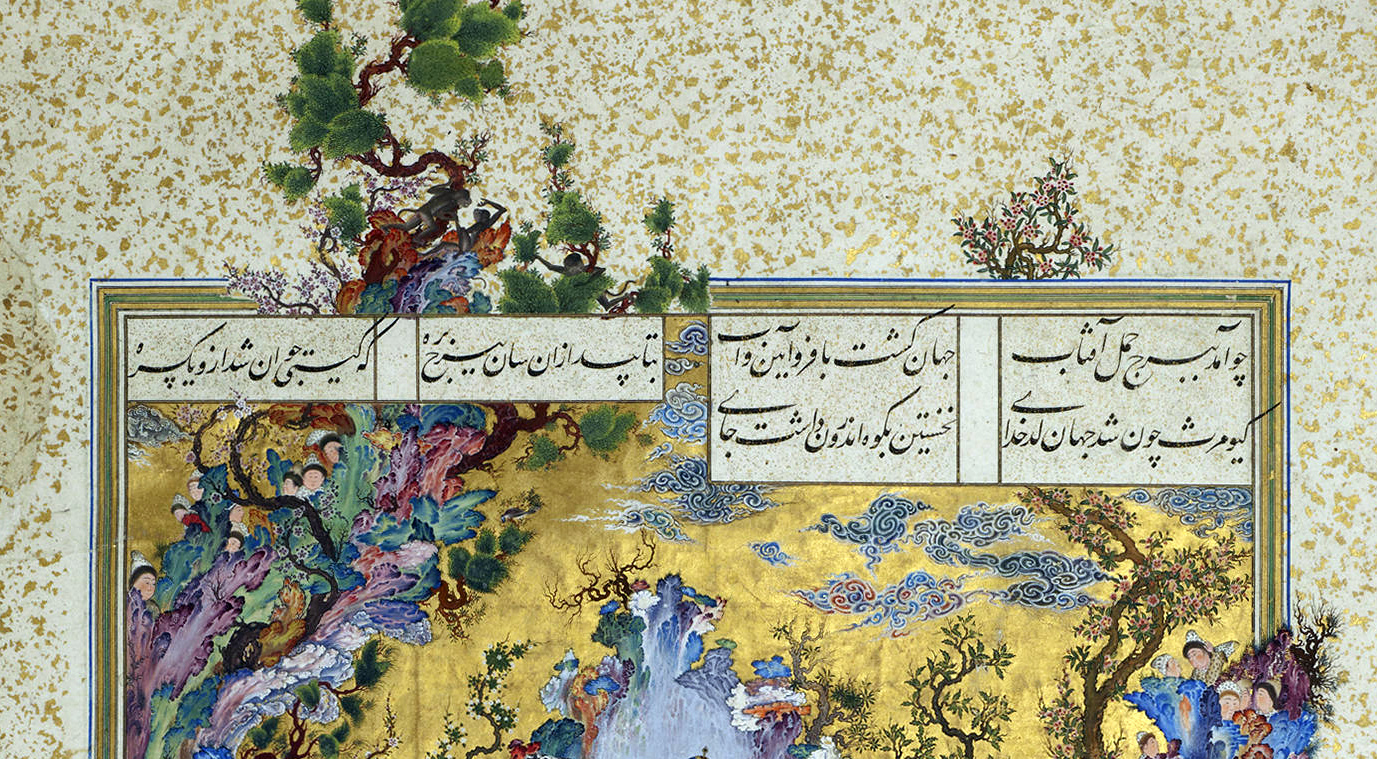 King of the world

There are several interpretive issues to keep in mind when analyzing Persianate paintings. As with many of the workshops of early modern West Asia, producing a page such as the Court of Gayumars often entailed the contributions of many artists. It is also important to remember that a miniature painting from an illuminated manuscript should not be thought of in isolation. The individual pages that we today find in museums, libraries, and private collections must be understood as but one sheet of a larger book—with its own history, conditions of production, and dispersement. To make matters even more complex, the relationship of text to image is rarely straightforward in Persianate manuscripts. Text and image, within these illuminations, do not always mirror each other.8 Nevertheless, the framed calligraphic nasta’liq (hanging)—the Persian text at the top and bottom of the frame (image above) can be roughly translated as follows:

When the sun reached the lamb constellation,9 when the world became glorious,

When the sun shined from the lamb constellation to rejuvenate the living beings entirely,

It was then when Gayumars became the King of the World.
He first built his residence in the mountains.
His prosperity and his palace rose from the mountains, and he and his people wore leopard pelts.
Cultivation began from him, and the garments and food were ample and fresh.10 In this folio (page), we can see some parallels between the content of the calligraphic text and the painting itself. Seated in a cross-legged position, as if levitating within this richly vegetal and mountainous landscape, King Gayumars rises above his courtiers, who are gathered around at the base of the painting. According to legend, King Gayumars was the first king of Persia, and he ruled at a time when people clothed themselves exclusively in leopard pelts, as both the text and the represented subjects’ speckled garments indicate. Perched on cliffs beside the King are his son, Siyamak (left, standing), and grandson Hushang (right, seated).11 Onlookers can be seen to surreptitiously peer out from the scraggly, blossoming branches onto King Gayumars from the upper left and right. The miniature’s spatial composition is organized on a vertical axis with the mountain behind the king in the distance, and the garden below in the foreground. Nevertheless, there are multiple points of perspective, and perhaps even multiple moments in time—rendering a scene dense with details meant to absorb and enchant the viewer. One might see stylistic similarities between the swirling blue-gray clouds floating overhead with pictorial representations in Chinese art (image above); this is no coincidence. Persianate artists under the Safavids regularly incorporated visual motifs and techniques derived from Chinese sources.12 While the intense pigments of the rocky terrain seem to fade into the lush and verdant animal-laden garden below, a gold sky canopies the scene from above. This piece—in all its density color, detail, and sheer exuberance—is a testament to the longstanding cultural reverence for Ferdowsi’s epic tale and the unparalleled craftsmanship of both Sultan Muhammad and Shah Tahmasp’s workshops.

2. For a helpful analysis of the historiographic ascription of the term ‘classical’ to Persian painting and the cultural hierarchy that was established largely by scholar-collectors in the nineteenth and early twentieth century, see Christiane Gruber, “Questioning the ‘Classical’ in Persian Painting: Models and Problems of Definition,” in the Journal of Art Historiography 6 (June 2012), pp. 1-25.

5. David J. Roxburgh, “On the Brink of Tragedy: The Court of Gayumars from Shah Tahmasp’s Shahnama (‘Book of Kings’), Sultan Muhammad,” in Christopher Dell, ed., What Makes a Masterpiece: Artists, Writers and Curators on the World’s Greatest Works of Art (London; New York: Thames & Hudson, 2010), pp. 182-185; 182. The text was subsequently possessed by Baron Edmund de Rothschild and then sold to Arthur A. Houghton Jr, who in turn sold pages of the book individually.

6. Roxburgh, “Micrographia: Toward a Visual Logic of Persianate Painting,” p. 19. “In the Persianate painting, however, image follows after word in a linear sequence; the text introduces and follows after the image, but it is not actually read when the image is being viewed…In the Persian book the act of seeing is initiated by a process of remembering the narrative just told. Moreover, that text does not prepare the viewer for what will be seen in the painting.”

7. This expression denotes the beginning of spring.

8. I am grateful to Dr. Alireza Fatemi for generously providing this translation.

The Court of Gayumars at the Aga Khan Museum

The Shahnama of Shah Tahmasp, Heilbrunn Timeline of Art History, The Metropolitan Museum of Art

The Art of the Safavids before 1600, Heilbrunn Timeline of Art History, The Metropolitan Museum of Art 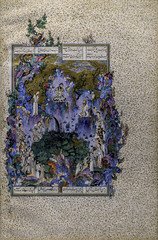 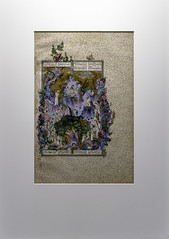