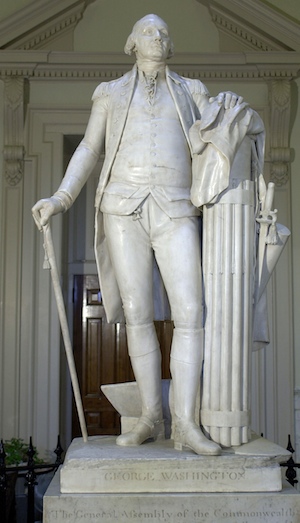 After the successful conclusion of the American Revolutionary War, many state governments turned to public art to commemorate the occasion. Given his critical role in both in Virginia and the colonial cause, it is unsurprising that the Virginia General Assembly desired a statue of George Washington for display in a public space.

Jefferson knew just the artist for this task: Jean-Antoine Houdon. Trained at the Académie Royale de Peinture et de Sculpture and winner of the prestigious Prix de Rome in 1761 when only twenty years of age, Houdon was, by the middle of the 1780s, the most famous and accomplished neoclassical sculptor in France. 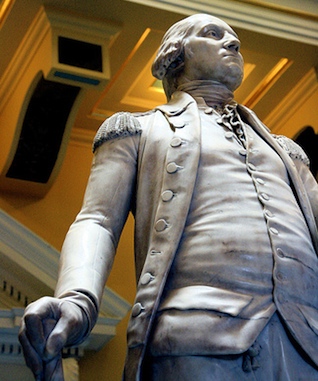 His left arm—bent at the elbow—rests atop a fasces: a bundle of thirteen rods that symbolizes not only the power of a ruler but also the strength found through unity. This visually represents the concept of E Pluribus Unum—”Out of Many, One”—a congressionally approved motto of the United States from 1782 until 1956. 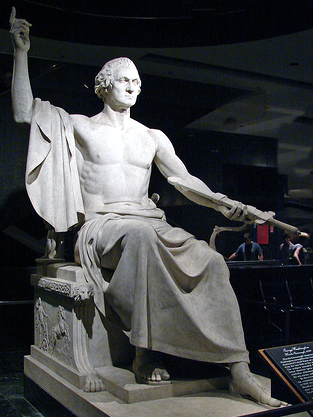