When the banker’s guild of Florence commissioned a massive bronze statue of St. Matthew for Orsanmichele—a former grain house turned shrine at the heart of the city—they clearly had their own magnificence in mind. Not only did they hire the highly in-demand sculptor, Lorenzo Ghiberti, to create it, but they also stipulated in the work’s contract that it must be as big or bigger than the sculptor’s creation for a rival guild in the same location. They also wanted it to be cast from no more than two pieces (a difficult feat!). Ghiberti’s fame, the statue’s scale, and the technical proficiency required to cast it were all reflections of the banker’s guild’s own status.

Why is it important to know about patrons?

While today we often focus on the artist who made an artwork, in the renaissance it was the patron—the person or group of people paying for the image—who was considered the primary force behind a work’s creation. We often forget that for most of history artists did not simply create art for art’s sake. Information about patrons provides a window into the complex process involved in the production of art and architecture. Patrons often dictated the cost, materials, size, location, and subject matter of works of art. Knowing about patronage also demonstrates the various ways that people used art to communicate ideas about themselves, how styles or subjects were popularized, and how artists’ careers were fostered. Patrons were far more socially and economically powerful than the artists who served them. A work of art was considered a reflection of the patron’s status, and much of the credit for the ingenuity or skill with which an art object was created was given to the savvy patron who hired well. Still, an artist’s social status and reputation could also benefit from the support of a powerful patron.

A closer look at terminology helps us to understand how patronage was understood in the renaissance. The English term “patron” comes from the Latin word patronus, meaning protector of clients or dependents, specifically freedmen. The term patronus, in turn, is related to pater, meaning father. Like the father of a family, or the protector of dependents, a patron was responsible for the conception and realization of a work of art. The relationship of patronage of art and architecture to ideas about fatherhood reflects the patriarchal order of renaissance society. As the wealthy Florentine banker Giovanni Rucellai once noted: “Men have two roles to perform in life: to procreate and to build.” [1] Just as men held primary social and political power, attitudes towards artistic patronage also saw it as a masculine pursuit. 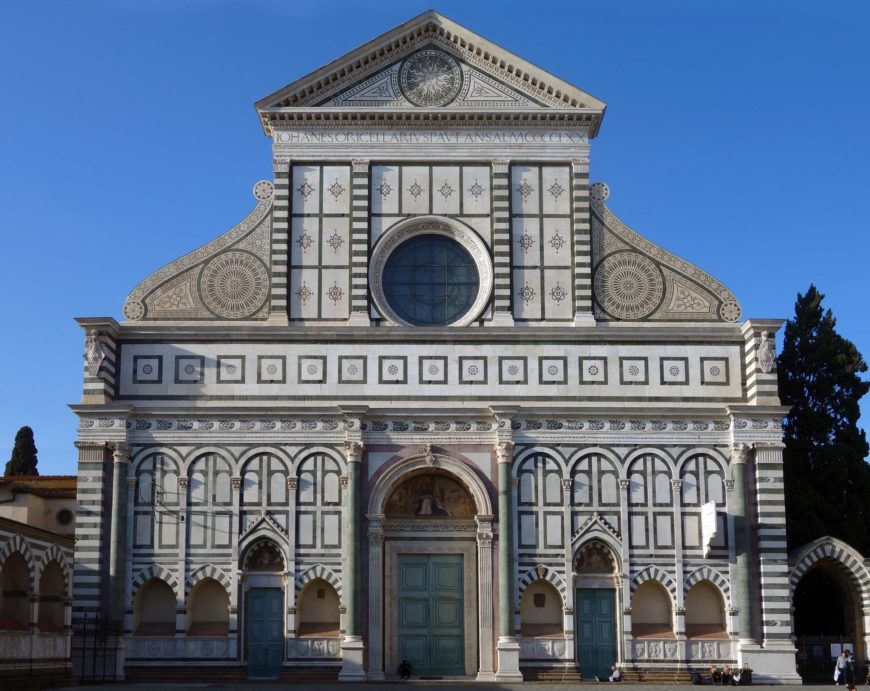 While both men and women commissioned art, the cost and public nature of the art market meant that most women were not in a social or financial position to act as patrons. Not only did men commission far more art than women, but also they tended to commission art that was more expensive, like sculpture and architecture, and more daring in subject matter, like mythological scenes and nudes. While laws pertaining to women’s financial independence varied across Europe, the vast majority of women had limited funds at their disposal for freely commissioning art. Even women at the top of the social hierarchy, like the Marchioness of Mantua, Isabella d’Este, who was one of the most prolific female patrons of the renaissance, commanded far smaller sums than their male peers. With few exceptions, women’s patronage, in keeping with their primarily domestic and maternal roles in society, was often limited to religious painting and imagery that celebrated their husbands and sons.

How do we study patronage?

To study patronage we have to consider the broader context for the creation of art. Economics, politics, social and cultural formations, and psychology—these areas (among others) all inform the way we understand why people hired artists to make specific types of images and structures. To study these choices we look at two main types of evidence: written and visual. Written documents might include contracts, letters, diary entries, and inventories. Visual documentation includes donor portraits (images where the features of the patron are included in the work), inscriptions, coats of arms, and other imagery that represents the family or the community of the person or people paying. Rogier van der Weyden’s famous Deposition, painted for the archer’s guild of Leuven for a public setting, includes miniature crossbows at the upper corners of the composition as a direct allusion to the patrons. This inclusion helps us to understand the multiple motivations for commissioning this work—it was intended both to honor God and to commemorate those who paid for it.

Ghiberti’s St Matthew and van der Weyden’s Deposition are both public works of art commissioned by groups of patrons. We can roughly break renaissance patronage into two main categories:

The works discussed above are also both examples of religious imagery. There are two main types of renaissance art that one might pay for: Of course, like the difference between public and private, there was much overlap between religious and secular. Funerary or memorial imagery is a good example: a portrait (secular) of the deceased might be placed within a tomb monument that includes the Virgin and Christ Child (religious) as well as forms and figures borrowed from ancient (secular) art. Michelangelo’s tomb for Pope Julis II (completed 1545), for example, includes a full body portrait of the deceased and numerous religious figures, all placed within a sculpted framework borrowing forms from ancient Roman sarcophagi and buildings.

While all renaissance patrons of art enjoyed a certain amount of wealth and social privilege, patronage could be a personal or a collective endeavour. Both the St. Matthew and the Deposition were commissioned by groups of men who were members of powerful guilds, or the corporate entities that dominated renaissance public life. Other types of patrons included rulers, nobles, members of the clergy, merchants, confraternities, nuns, and monks. It is important for us to keep in mind these different types of patronage because they help us understand the motivations of the patron as well as the possible functions of the artwork itself.

Why commission artwork during the Renaissance

Jessica Weiss, “Juan de Flandes and His Financial Success in Castile,” Journal of Historians of Netherlandish Art, vol. 11, no. 1 (Winter 2019)