In opposition to the frivolous sensuality of Rococo painters like Jean-Honoré Fragonard and François Boucher, the Neoclassicists looked back to the French painter Nicolas Poussin for their inspiration (Poussin’s work exemplifies the interest in classicism in French art of the seventeenth century). The decision to promote “Poussiniste” painting became an ethical consideration—they believed that strong drawing was rational, therefore morally better. They believed that art should be cerebral, not sensual.

The Neoclassicists, such as Jacques-Louis David (pronounced Da-VEED), preferred the well-delineated form—clear drawing and modeling (shading). Drawing was considered more important than painting. The Neoclassical surface had to look perfectly smooth—no evidence of brush strokes should be discernible to the naked eye. France was on the brink of its first revolution in 1789, and the Neoclassicists wanted to express a rationality and seriousness that was fitting for their times. Artists like David supported the rebels through art that asked for clear-headed thinking, self-sacrifice to the State (as in Oath of the Horatii ) and an austerity reminiscent of Republican Rome.

Neoclassicism was a child of the Age of Reason (the Enlightenment), when philosophers believed that we would be able to control our destinies by learning from and following the laws of nature (the United States was founded on Enlightenment philosophy). Scientific inquiry attracted more attention. Therefore, Neoclassicism continued the connection to the classical tradition because it signified moderation and rational thinking but in a new and more politically-charged spirit (“neo” means “new,” or in the case of art, an existing style reiterated with a new twist.)

Neoclassicism is characterized by clarity of form, sober colors, shallow space, strong horizontal and verticals that render that subject matter timeless (instead of temporal as in the dynamic Baroque works), and classical subject matter (or classicizing contemporary subject matter).

Read a chapter that contextualizes the Enlightenment and Neoclassicism in Reframing Art History, our free textbook

Neoclassicism on The Metropolitan Museum of Art’s Heilbrunn Timeline of Art History.

Nicolas Poussin on The Metropolitan Museum of Art’s Heilbrunn Timeline of Art History. 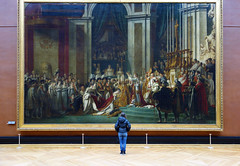 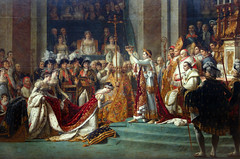 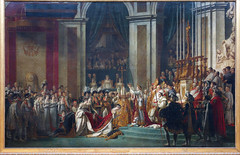 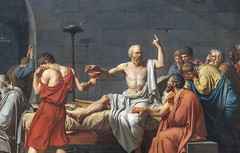 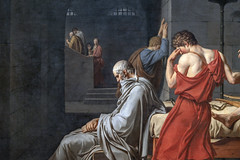 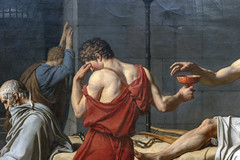