This is Saint Teresa’s description of the event that Bernini depicts:

Beside me, on the left, appeared an angel in bodily form…. He was not tall but short, and very beautiful; and his face was so aflame that he appeared to be one of the highest rank of angels, who seem to be all on fire…. In his hands I saw a great golden spear, and at the iron tip there appeared to be a point of fire. This he plunged into my heart several times so that it penetrated to my entrails. When he pulled it out I felt that he took them with it, and left me utterly consumed by the great love of God. The pain was so severe that it made me utter several moans. The sweetness caused by this intense pain is so extreme that one cannot possibly wish it to cease, nor is one’s soul content with anything but God. This is not a physical but a spiritual pain, though the body has some share in it—even a considerable share. 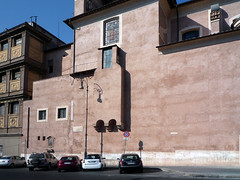 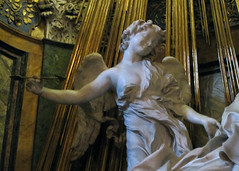 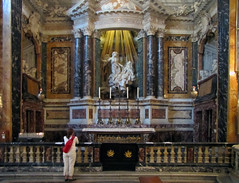 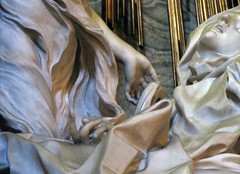 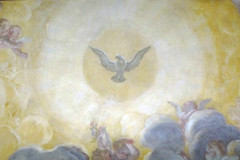 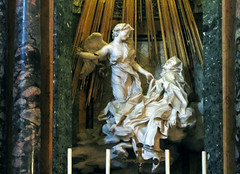 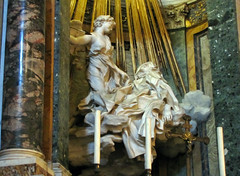 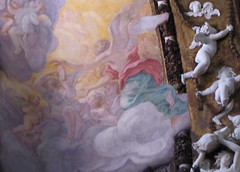 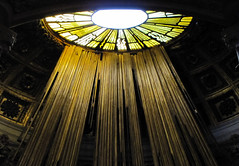 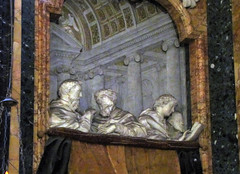 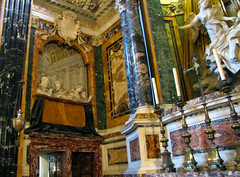 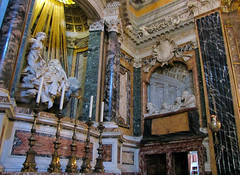 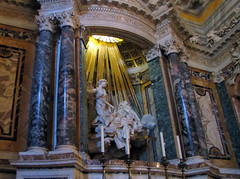 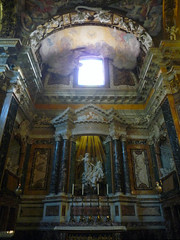