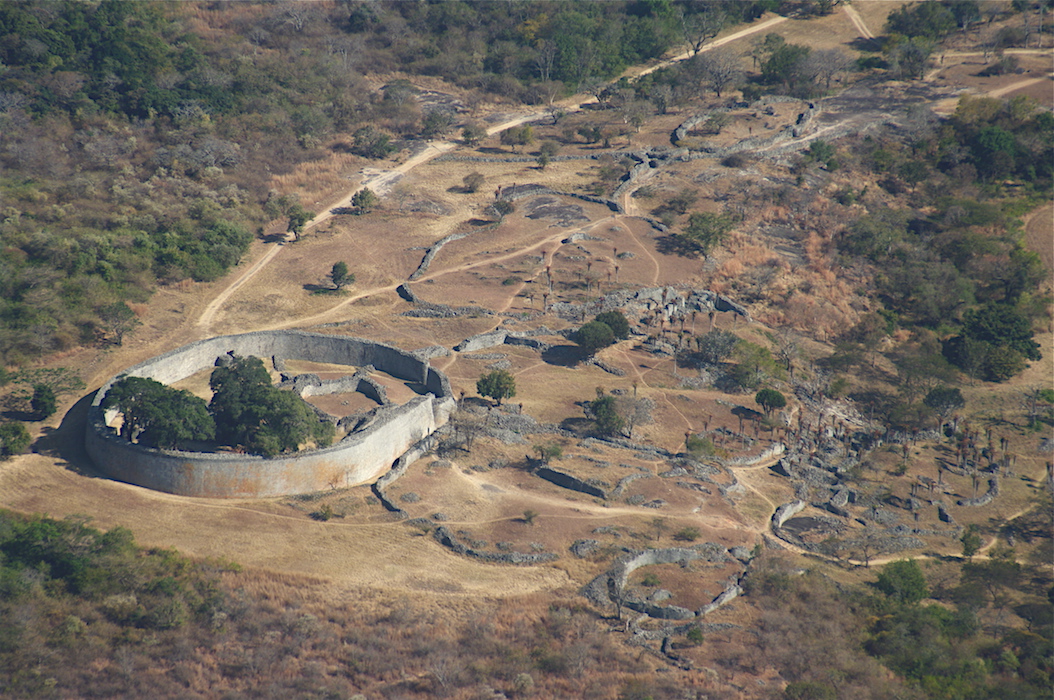 Great Zimbabwe has been described as “one of the most dramatic architectural landscapes in sub-Saharan Africa.”1 It is the largest stone complex in Africa built before the modern era, aside from the monumental architecture of ancient Egypt. The ruins that survive are a four-hour drive south of Zimbabwe’s present-day capital of Harare. It was constructed between the 11th and 15th centuries and was continuously inhabited by the Shona peoples until about 1450 (the Shona are the largest ethnic group in Zimbabwe). But Great Zimbabwe was by no means a singular complex—at the site’s cultural zenith, it is estimated that seven comparable states existed in this region. The word zimbabwe translates from the Bantu language of the Shona to either “judicial center” or “ruler’s court or house.” A few individual zimbabwes (houses) have survived exposure to the elements over the centuries. Within these clay structures, excavations have revealed interior furnishings such as pot-stands, elevated surfaces for sleeping and sitting, as well as hearths. Taken together, the settlement encompasses a cluster of approximately 250 royal houses built of clay, which in addition to other multi-story clay and thatch homes would have supported as many as 20,000 inhabitants—a exceptional scale for a sub-Saharan settlement at this time.

The stone constructions of Great Zimbabwe can be categorized into roughly three areas: the Hill Ruin (on a rocky hilltop), the Great Enclosure, and the Valley Ruins (map below). The Hill Ruin dates to approximately 1250, and incorporates a cave that remains a sacred site for the Shona peoples today. The cave once accommodated the residence of the ruler and his immediate family. The Hill Ruin also held a structure surrounded by 30-foot high walls and flanked by cylindrical towers and monoliths carved with elaborate geometric patterns. Site plan of Great Zimbabwe (modified from an original plan by National Museums and Monuments ofZimbabwe) from Shadreck Chirikure and Innocent Pikirayi, “Inside and outside the dry stone walls: Revisiting the material culture of Great Zimbabwe,” Antiquity 82 (December 2015), pp. 976-993. The letters refer to the types of stone construction (see figure 4). The third section of Great Zimbabwe, the Valley Ruins, include a number of structures that offer evidence that the site served as a hub for commercial exchange and long distance trade. Archaeologists have found porcelain fragments originating from China, beads crafted in southeast Asia, and copper ingots from trading centers along the Zambezi River and from Central African kingdoms.2

A monolithic soapstone sculpture of a seated bird resting on atop a register of zigzags was unearthed here. The pronounced muscularity of the bird’s breast and its defined talons suggest that this represents a bird of prey, and scholars have conjectured it could have been emblematic of the power of Shona kings as benefactors to their people and intercessors with their ancestors. All of the walls at Great Zimbabwe were constructed from granite hewn locally. While some theories suggest that the granite enclosures were built for defense, these walls likely had no military function. Many segments within the walls have gaps, interrupted arcs or elements that seem to run counter to needs of protection. The fact that the structures were built without the use of mortar to bind the stones together supports speculation that the site was not, in fact, intended for defense. Nevertheless, these enclosures symbolize the power and prestige of the rulers of Great Zimbabwe.

The conical tower (above) of Great Zimbabwe is thought to have functioned as a granary. According to tradition, a Shona ruler shows his largess towards his subjects through his granary, often distributing grain as a symbol of his protection. Indeed, advancements in agricultural cultivation among Bantu-speaking peoples in sub-Saharan Africa transformed the pattern of life for many, including the Shona communities of present-day Zimbabwe. 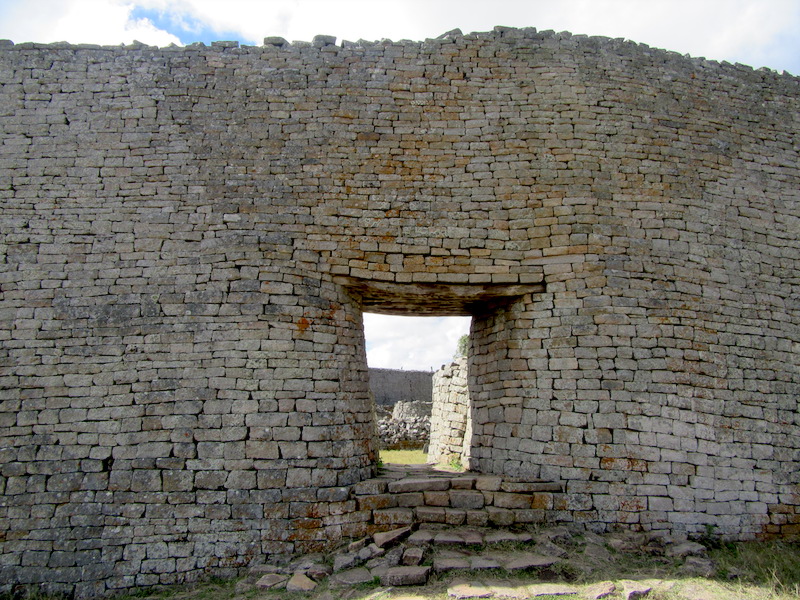 Archaeological debris indicate that the economy of Great Zimbabwe relied on the management of livestock. In fact, cattle may have allowed the Shona peoples to move from subsistence agriculture to mining and trade. Iron tools have been found on site, along with copper, and gold wire jewelry and ornaments. Great Zimbabwe is thought to have prospered, perhaps indirectly, from gold that was mined 25 miles from the city and that was transported to the Indian Ocean port at Sofala (below) where it made its way by dhow (sailing vessels), up the coast, and by way of Kilwa Kisiwani, to the markets of Cairo.

By about 1500, however, Great Zimbabwe’s political and economic influence waned. Speculations as to why this occurred point to the frequency of droughts and environmental fragility, though other theories stress that Great Zimbabwe might have experienced political skirmishes over political succession that interrupted trade, still other theories hypothesize disease that may have afflicted livestock.3

Great Zimbabwe stands as one of the most extensively developed centers in pre-colonial sub-Saharan Africa and stands as a testament to the organization, autonomy, and economic power of the Shona peoples. The site remains a potent symbol not only to the Shona, but for Zimbabweans more broadly. After gaining independence from the British, the nation formerly named after the British industrialist and imperialist, Cecil Rhodes, was renamed Zimbabwe. 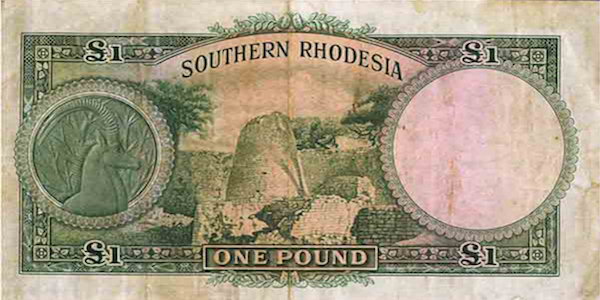 Webber Ndoro, The Preservation of Great Zimbabwe: Your Monument, Our Shrine (ICCROM, 2005)