This sandstone block is from the cathedral at Faras. It is one of several which formed a decorative frieze around the apse. Between the pillars stands a dove or eagle, wings outstretched, beneath a Coptic-type cross. Both birds were important symbols in Egyptian and Nubian Christianity – representing paradise. Around the neck of the bird on the left is a bulla, a small receptacle worn as an amulet. Sandstone frieze, early 7th century, from Faras (Nubia), Sudan, 25.4 x 43 cm (© The Trustees of the British Museum)

Between 500 and 600 C.E., the rulers of three Nubian medieval kingdoms, Nobatia, Makuria and Alwa, governed the Nile valley from the first cataract to just south of modern Khartoum in Sudan. Missionaries from the Byzantine Empire, sent by Justinian I and his empress Theodora, converted these kingdoms to Christianity. This introduced a marked cultural change into the region.

Churches replaced temples and simple burials replaced the grand tombs of the earlier pagan rulers. This transformation is visible in numerous objects found in the British Museum collection including the iron cross of Bishop Timotheos and a carved wooden pectoral depicting an archangel.

After a brief period of conflict with their Arab neighbors in Egypt, the borders were secured, and the medieval kingdoms flourished for almost a thousand years. The introduction of the water wheel (saqia) allowed agriculture to expand. Villages, towns, monasteries and fortresses lined the banks of the river Nile. Artists attained new heights of achievement, particularly in the fields of mural art and pottery production, and there appears to be a dramatic increase in literacy in Greek, Coptic, Old Nubian, and later Arabic. 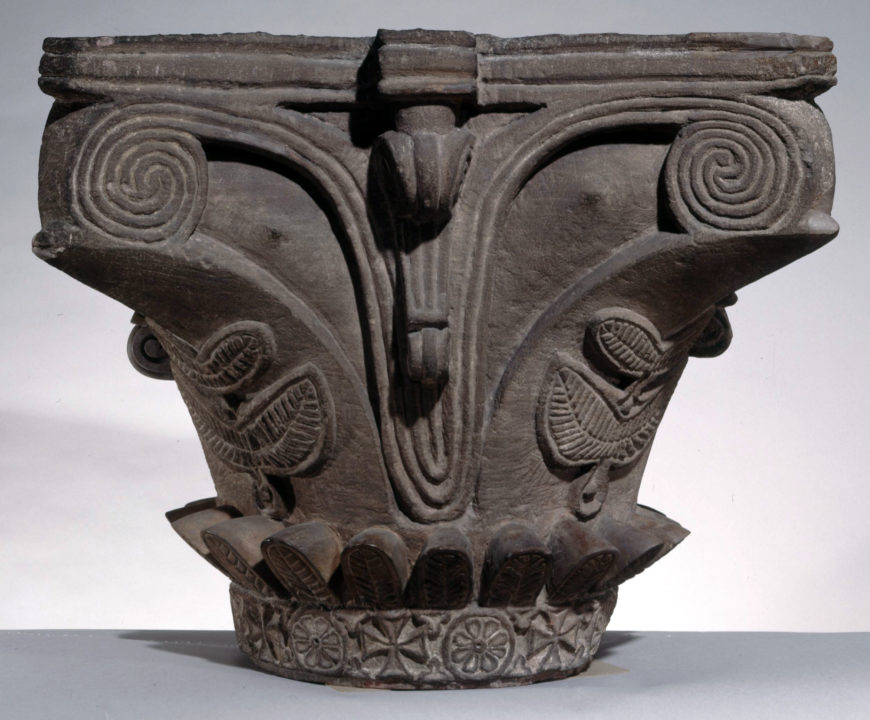 Fine churches were built, decorated with wall paintings and carved stone elements, including the sandstone frieze and column capital from the Faras cathedral found in the Museum collection. Wide-ranging trade and diplomatic contacts were established with the Muslim world and Byzantine Empire. 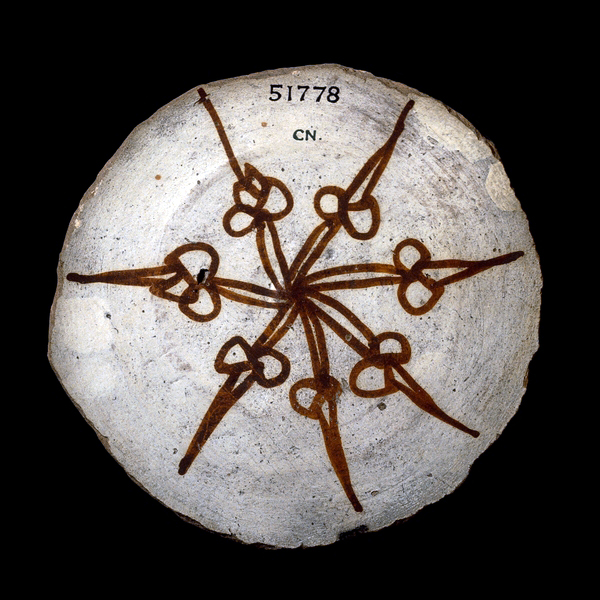 Faras was an important Christian site from the seventh century and some of the most important bishops were based there. As well as the cathedral, with its brightly colored murals and intricate friezes, there were at least six churches, a monastery, and pottery workshops. In the later Medieval period, the importance of Faras declined as it was eclipsed by Qasr Ibrim, just north of the Egyptian border. (Faras was excavated by Polish archaeologists before being flooded by Lake Nubia/Nasser in 1964.)

This fragment of a ceramic bowl was made at Faras, in the northern part of Nubia. It has a typical radial pattern on a white background—other popular motifs included Christian iconographic symbols such as fish, doves, crosses and palm fronds. Stamped impressions were also sometimes used for decoration.

The long period of relative peace from the mid-seventh century onwards enabled Nubian artistic expression to flower. This took various forms, the most notable other than ceramic production being wall painting. Traces of brightly colored wall paintings have been found in over fifty churches in Nubia, as well as in some private houses. Black paint was usually derived from charcoal, and yellow and brown from ochre. Textile production became more advanced during this period and basket-making, leatherworking, and metalworking were practiced to a high standard.

From around 1200 onwards, dynastic strife, poor relations with the rulers of Egypt, and the rise of the Funj kingdom in the south, brought about the collapse of the Nubian medieval kingdoms.

An iron benedictional cross from the grave of Bishop Timotheos

Nubia was converted to Christianity by a missionary expedition sent by the Byzantine emperor Justinian. An incentive to the Nubian rulers was that they would receive the support of Byzantium against their enemies. But Christianity brought a major change: the Nubian rulers were no longer considered divine, and their control over religious matters was transferred to bishops of the Christian Church.

Arab attempts to invade Nubia were unsuccessful and the country remained Christian long after Egypt was conquered in 641. Christianity in Nubia was strengthened by its affiliation with the Coptic Church in Egypt. Many Nubian bishops were appointed at Alexandria, where the Coptic patriarch had his seat. They controlled religious activity in Nubia from the major centers of Dongola, Faras and Qasr Ibrim. The cathedrals at these sites were decorated with paintings of saints, bishops, and Biblical scenes and intricately carved columns and friezes.

The majority of burials at this time were not elaborate and were without grave goods. Clerics were buried in their robes of office, sometimes with pottery vessels perhaps containing holy water. Bishop Timotheos appears to have been unusual in wearing his traveling clothes, without the usual finery. This iron benedictional cross accompanied him to the grave. He may have died on the journey to take office at Qasr Ibrim. In addition to his cross, Bishop Timotheos was buried with two scrolls, one in Coptic and the other in Arabic (both now in Cairo). These scrolls take the form of Timotheos’ ‘letter of appointment’ by the Coptic patriarch to his new See, and can be dated to 1372.