Her arms across her breast she laid;
She was more fair than words can say:
Bare-footed came the beggar maid
Before the king Cophetua.
In robe and crown the king stept down,
To meet and greet her on her way;
“It is no wonder,” said the lords,
“She is more beautiful than day”.
As shines the moon in clouded skies,
She in her poor attire was seen:
One praised her ancles, one her eyes,
One her dark hair and lovesome mien:
So sweet a face, such angel grace,
In all that land had never been:
Cophetua sware a royal oath:
“This beggar maid shall be my queen!”

The power of love 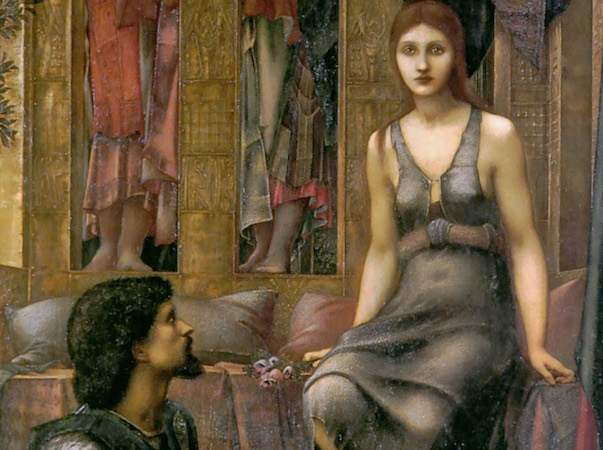 In King Cophetua and the Beggar Maid, Edward Burne-Jones depicts the moment when, according to legend, an African king noted for his lack of interest in women, finally falls in love. The object of his affections is a beautiful beggar, and in a fairy-tale happy ending, King Cophetua marries the young woman, making her his queen. It is a story about the power of love and its ability to transcend more practical considerations such as social class.

As in many of his other paintings, Burne-Jones used an extremely vertical canvas. The beautiful beggar maid sits in the middle of the composition, above the king himself, a very visual reminder of the obvious elevation in her social status. Her pale skin contrasts with the darker tones in the rest of the painting, helping to focus our attention on the slim, ethereal figure that is so typical of Burne-Jones’s women.

Scholars have noted the resemblance of the beggar maid to Burne-Jones’s wife Georgina, whom he married in 1860. One of the four celebrated MacDonald sisters, Georgina would later become the artist’s biographer. Theirs was not always a match made in heaven, however. Burne-Jones’s affair with his model Maria Zambuco caused a scandal when Zambuco, distraught over the end of their relationship, made a public scene outside the house of the poet Robert Browning when she threatened to commit suicide by throwing herself into the Regent Canal.

Interestingly, one of the flowers found in King Cophetua and the Beggar Maid is the anemone, the symbol of rejected love, a sentiment obviously not in line with the story of the painting, but perhaps more meaningful to the artist himself. Scholars have also pointed out that the theme of love winning out over considerations of class and money was in keeping with the ideas expressed by William Morris, a Socialist, and one of Burne-Jones’s closest friends. 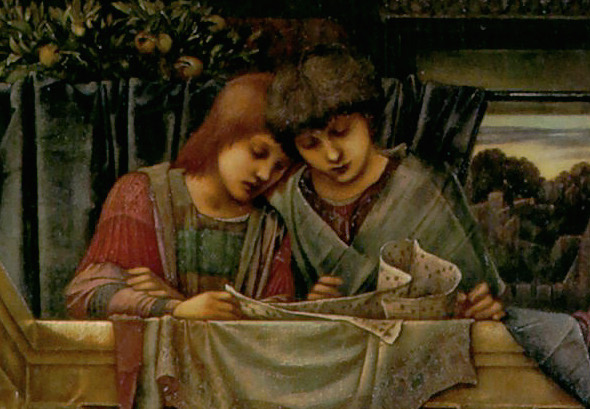 The subject was inspired by a reprint of “A Song of a Beggar and a King” by Richard Johnson (1612) published in 1842 by the Percy Society, and by Lord Alfred Tennyson’s poem “The Beggar Maid,” which appeared in the same year. Tennyson, who became Poet Laureate in 1850 and received a peerage in 1884, was extremely popular with the Victorians, including Queen Victoria herself. Many of his poems were a source of inspiration for artists of the day. Burne-Jones’ interpretation of the subject was well received when it was exhibited at the Grosvenor Gallery in the spring of 1884, and when it was exhibited in 1889 at the Paris Universal Exhibition, Burne-Jones received a Cross of the Legion of Honour from the French government.

The sentimentality of the subject undoubtedly appealed to a 19th century audience. In Victorian painting, where so many of the stories behind the pictures end badly, the happily ever after narrative of King Cophetua and the Beggar Maid is a refreshingly upbeat subject. The combination of the romantic theme and the brilliant execution make this one of Burne-Jones’s most celebrated paintings.

Short article in the Victorian Web 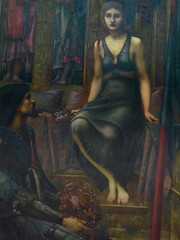 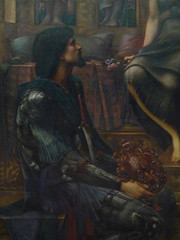 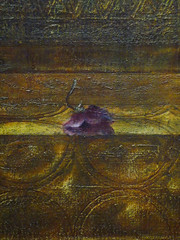 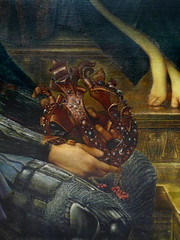 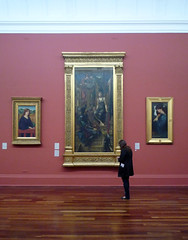