Inspired by the sunset

An October sunset was the inspiration for the evocative The Vale of Rest by John Everett Millais. In the foreground, two nuns in the graveyard, one digging and one looking out at the viewer, serve as a counterpoint to the colorful display of nature in the background. The scene is peaceful, tranquil, and without the explicit narrative often found in Victorian paintings (think about Hunt’s Awakening Conscience for example), but it is nonetheless rich in symbolism. The artist himself stated that this was his favorite painting. 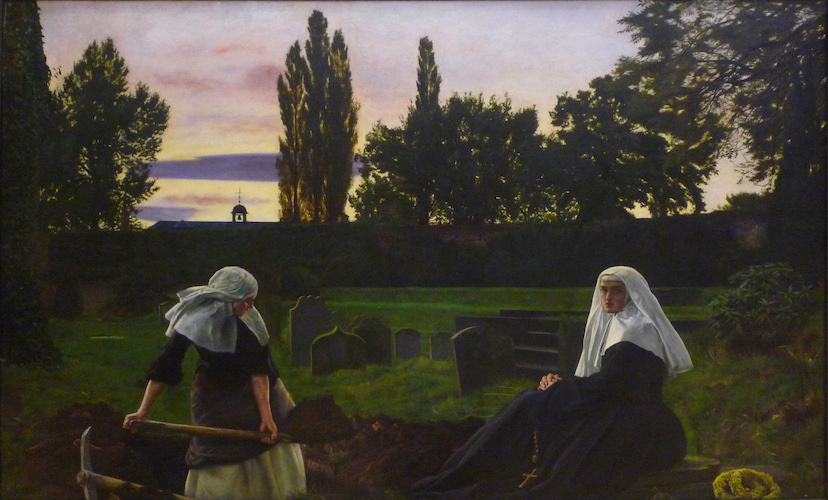 Mortality & the cycles of nature 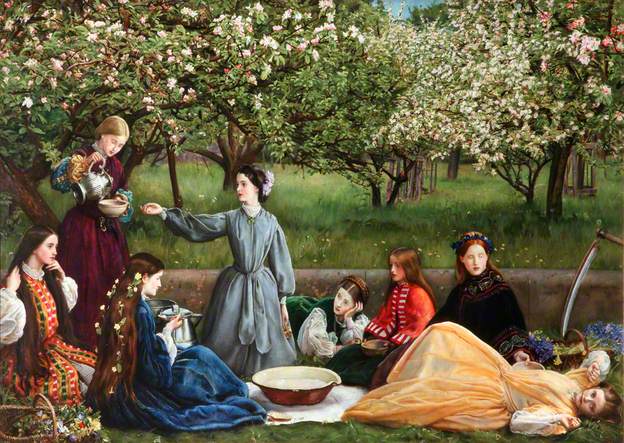 Millais apparently thought of the painting as a companion to his painting Spring (1856-9), also first exhibited at the Royal Academy in 1859. Both together and separately, the two pictures relate to the traditional theme of mortality and the cycles of nature. The autumn setting of The Vale of Rest emphasizes the annual reminder of death in the falling foliage and shortened hours of daylight. This feeling is emphasized by the two nuns, one vigorously digging a grave and the other who prominently wears a rosary attached to a skull. The quiet of the scene is marred only by the sound of the shovel as it hits the dirt. 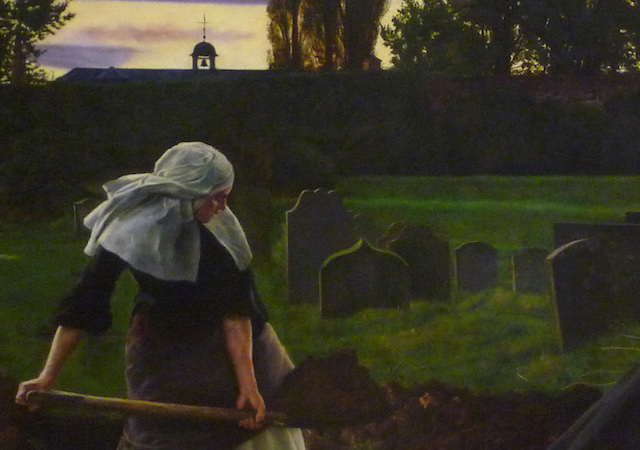 Although we often associate artists painting outdoors to capture the effects of light with Monet, Renoir and the Impressionist group, the Pre-Raphaelites also painted outdoors. The background of this painting is the garden of Millais’ in-laws home in Perth, Scotland, except, of course, for the gravestones, which were painted in Kinnoull churchyard, Perth. According to a long description of the production of the painting by his wife, Effie and recorded by their son J.G. Millais, “the sunsets were lovely for two or three nights . . .  the effect lasted so short a time that he had to paint like lightning.” In a letter to William Holman Hunt, Millais tells his friend that he was painting the picture, figures and all, outdoors, despite the fact that it was extremely cold.

In many of the paintings completed after The Vale of Rest, Millais began to move towards more saleable pictures. Although he had moved to Scotland after his marriage in July 1855, Millais and family returned to London in 1861, and many have argued that the change in his work reflects the need to support his growing family. He was to be increasingly successful, being elected RA (Royal Academician) in 1863 and ultimately serving as the President of the Royal Academy, although briefly, from early 1896 until his death in August of that year. In 1885 Millais also had the distinction of being the first artist to be created a baronet. 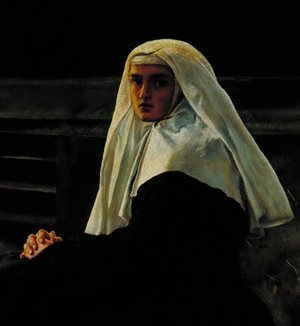 The Vale of Rest is a transitional work in Victorian art. The attention to detail and truth to nature are firmly rooted in Pre-Raphaelitism, while the lack of a clear subject relates to the new ideas of the Aesthetic Movement and the concept of art for arts sake, which was to become so prominent in the 1860s and 70s. The quiet and contemplative mood of the painting encourages the viewer to enjoy the beauty of nature, while, perhaps, also pondering our own mortality. 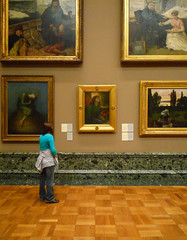 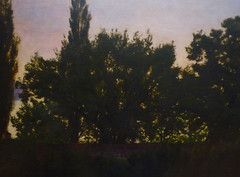 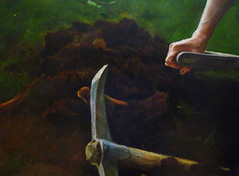 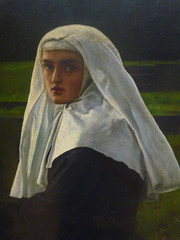 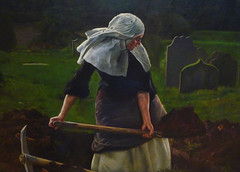 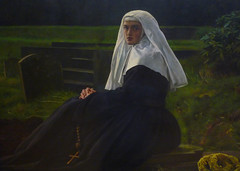