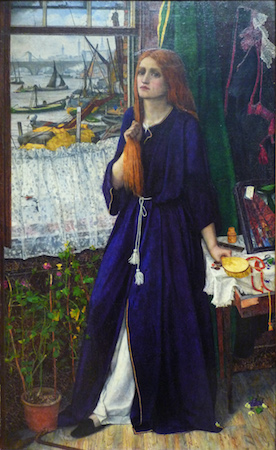 In the 1840s and 1850s, Victorian artists and writers increasingly turned their attention to modern life, including topics they considered to be social problems such as prostitution and the limited employment opportunities for women.

These were decades when the costs of the industrial revolution came to the attention of the Victorian public. Parliamentary Reports and newspapers chronicled low-wage and child labor, long hours in factories and mines, crowded cities, and, perhaps most painful to the Victorians, the increased autonomy of women in a world of wage labor and economic insecurity. Writers such as Harriet Martineau wrote about the need for increased employment opportunities for middle-class women (becoming a governess or dressmaker were virtually the only options at that time).

A common trope in the literature of the period is the “fallen woman”—a woman who became a prostitute, usually due to dire economic circumstances. Thoughts of the Past is an example of this familiar theme. 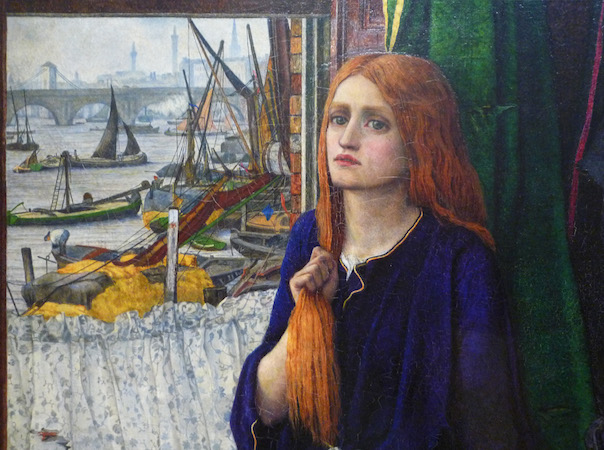 The artist places his figure in front of the window looking out onto the Thames River crowded with boat traffic. Waterloo Bridge can be seen in the distance and not far away is The Strand, a bustling London thoroughfare, popular with prostitutes during the Victorian period. The woman stares not at the busy scene, but soulfully out at the viewer, her eyes focused somewhere in the distance. She pauses from brushing her hair, perhaps, as suggested by the title, to remember some episode from her past.

Visual clues in the painting implicate her as a prostitute. The showy purple dressing gown, her untended plants, the man’s glove and walking stick on the floor, and the money and jewelry on the table beside her (perhaps payment from the owner of the glove) all provide the viewer with evidence of her status as a “fallen woman.”

Her red hair, a popular feature with Pre-Raphaelite painters, also relates to traditional images of the prostitute Mary Magdalene, who is often shown with red hair. On the floor beside her feet is a small bunch of violets. In the language of flowers, something all Victorians were familiar with, violets were a symbol of faithfulness, and the fact that they have been cast aside to wither and die may speak to the multiple liaisons that is the reality of prostitution.

The river in the background adds to the symbolism of the picture. During the Victorian period the problem of the prostitute was often discussed in terms of the threat to public health from disease. The river too was a public health issue, most notably during the “the Big Stink” in the summer of 1858 when central London was permeated with the smell of raw sewage rising from the river. 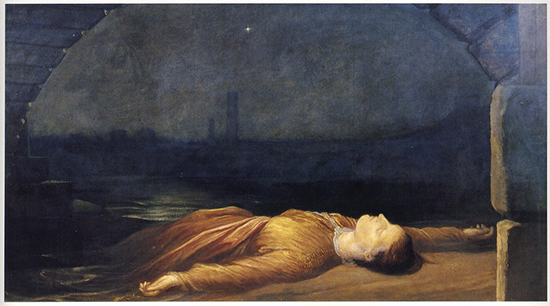 Stanhope, who had a studio on the river on Chatham Place at Blackfriars just below one occupied by Dante Gabriel Rossetti, would have been intimately aware of both the picturesque quality of the Thames and its sanitation issues. It is also the case, that in the narratives of Victorian art and literature, women forced into prostitution often committed suicide, usually by drowning (see for example, George Frederick Watts’s famous painting, Found Drowned, of 1848-50). The end suggested for the young girl in the painting is bleak indeed.

It is critical to remember that these paintings (and works of literature) do not represent the true lives these women lived. Nevertheless, these narratives allow us to see the Victorians trying to come to terms with the dire problems and profound changes wrought by urbanization and industrialization.

Stanhope and the Pre-Raphaelites

John Rodham Spencer Stanhope was born in Yorkshire and was educated at Rugby and Oxford. In 1850 he worked with the artist Watts and was introduced to the artistic circle of Little Holland House, where he met Rossetti and other members of the Pre-Raphaelite Brotherhood. In 1857 he was asked by Rossetti to participate in a project to paint frescoes on the walls of the Oxford Union. During the project he became friends with Edward Burne-Jones, who was to become an important influence in his art.

Thoughts of the Past provides the viewer with much to think about. Rossetti tells us that the painting was originally conceived as part of a diptych, showing an “unfortunate” in two separate phases of her life. It would be fascinating to know what the artist intended for the other panel. Perhaps it would have shown the viewer just how the young woman came to find herself in this situation. As is typical with Victorian paintings, the detailed symbolism helps us understand the narrative. Stanhope has given us a haunting image of a young woman remembering the innocence of youth rather than confronting the bleakness of her future.

This painting on the Victorian Web

This painting in the Google Art Project 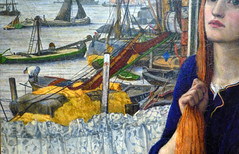 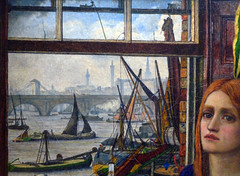 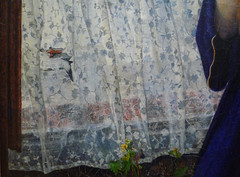 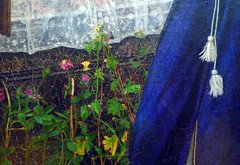 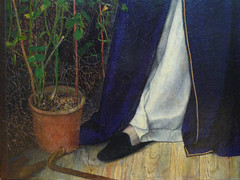 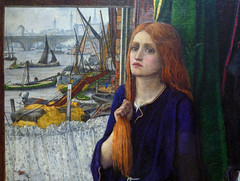