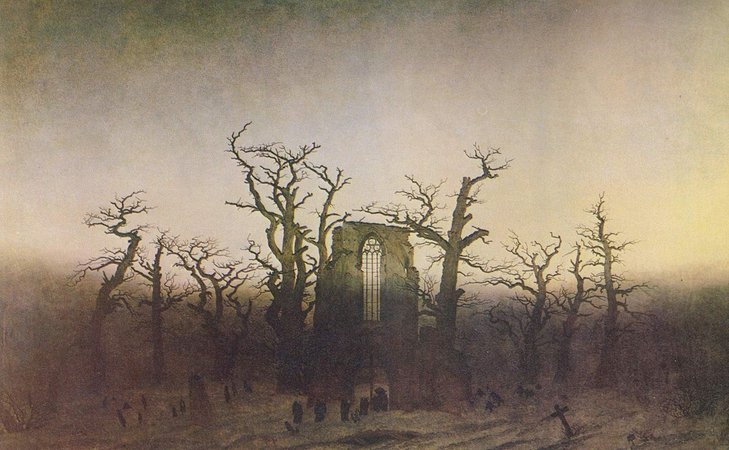 As is fairly common with stylistic rubrics, the word “Romanticism” was not developed to describe the visual arts but was first used in relation to new literary and musical schools in the beginning of the 19th century. Art came under this heading only later. Think of the Romantic literature and musical compositions of the early 19th century: the poetry of Lord Byron, Percy Shelley, and William Wordsworth and the scores of Beethoven, Richard Strauss, and Chopin—these Romantic poets and musicians associated with visual artists. A good example of this is the friendship between composer and pianist Frederic Chopin and painter Eugene Delacroix. Romantic artists were concerned with the spectrum and intensity of human emotion. 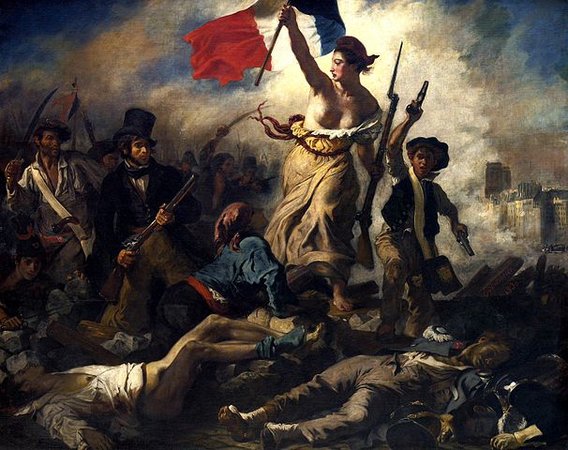 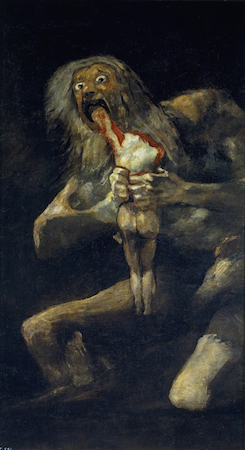 Even if you do not regularly listen to classical music, you’ve heard plenty of music by these composers. In his epic film, 2001: A Space Odyssey, the late director Stanley Kubrick used Strauss’s Thus Spake Zarathustra (written in 1896, Strauss based his composition on Friedrich Nietzsche’s book of the same name, listen to it here). Kubrick’s A Clockwork Orange similarly uses the sweeping ecstasy and drama of Beethoven’s Ninth Symphony, in this case to intensify the cinematic violence of the film.

Romantic music expressed the powerful drama of human emotion: anger and passion, but also quiet passages of pleasure and joy. So too, the French painter Eugene Delacroix and the Spanish artist Francisco Goya broke with the cool, cerebral idealism of David and Ingres’ Neo-Classicism. They sought instead to respond to the cataclysmic upheavals that characterized their era with line, color, and brushwork that was more physically direct, more emotionally expressive.

Romanticism as a literary movement from Mount Holyoke College

From NPR: The ‘Ode To Joy’ [Beethoven’s Ninth Symphony] As A Call To Action 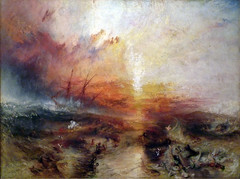 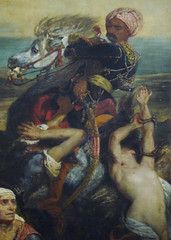 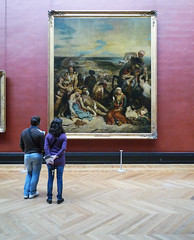 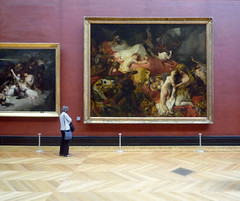 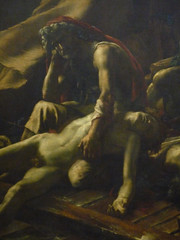 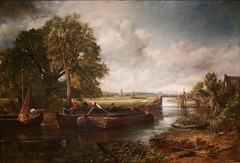 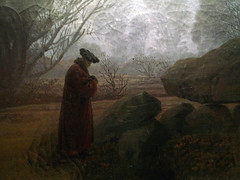