An illusion of reality

Classical art, or the art of ancient Greece and Rome, sought to create a convincing illusion for the viewer. Artists sculpting the images of gods and goddesses tried to make their statues appear like an idealized human figure. Some of these sculptures, such as the Aphrodite of Knidos by Praxiteles, were so lifelike that legends spread about the statues coming to life and speaking to people. After all, a statue of a god or goddess in the ancient world was believed to embody deity.

The problem for early Christians

The illusionary quality of classical art posed a significant problem for early Christian theologians. When God dictated the ten commandments to Moses on Mount Sinai, God expressly forbade the Israelites from making any graven image, or any likeness of any thing that is in heaven above, or that is in the earth beneath, or that is in the water under the earth (Exodus 20:4). Early Christians saw themselves as the spiritual progeny of the Israelites and tried to comply with this commandment. Nevertheless, many early Christians were converted pagans who were accustomed to images in religious worship. The use of images in religious ritual was visually compelling and difficult to abandon.

Tertullian asks: Can artists be Christians?

Tertullian, an influential early Christian author living in the second and third centuries, wrote a treatise titled On Idolatry in which he asks if artists could, in fact, be Christians. In this text, he argues that all illusionary art, or all art that seeks to look like something or someone in nature, has the potential to be worshiped as an idol. Arguing fervently against artists as Christians, he acknowledges that there are many artists who are Christians and indeed some who are even priests. In the end, Tertullian asks artists to quit their work and become craftsmen.

Another influential early Christian writer, St. Augustine of Hippo, was also concerned about images, but for different reasons. In his Soliloquies (386-87), Augustine observes that illusionary images, like actors, are lying. An actor on a stage lies because he is playing a part, trying to convince you that he is a character in the script when in truth he is not. An image lies because it is not the thing it claims to be. A painting of a cat is not a cat, but the artist tries to convince the viewer that it is. Augustine cannot reconcile these lies with patterns of divine truth and therefore does not see a place for images in Christian practice.*

Fortunately for art and history, not everyone agreed with Tertullian and Augustine and the use of images persisted. Nevertheless their style and appearance changed in order to be more compatible with theology. 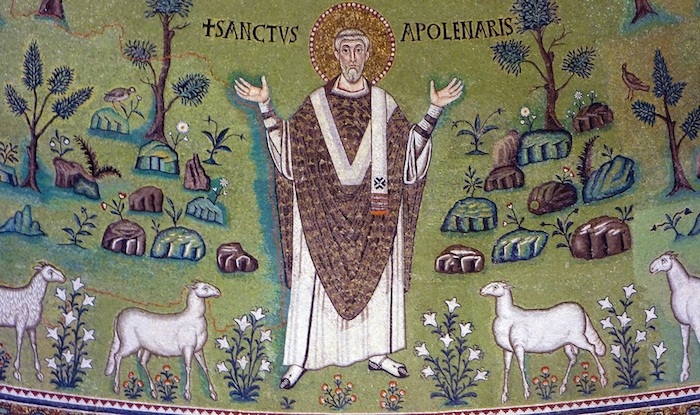 Towards abstraction (and away from illusion)

Christian art, which was initially influenced by the illusionary quality of classical art, started to move away from naturalistic representation and instead pushed toward abstraction. Artists began to abandon classical artistic conventions like shading, modeling and perspective conventions that make the image appear more real. They no longer observed details in nature to record them in paint, bronze, marble, or mosaic.

Instead, artists favored flat representations of people, animals and objects that only looked nominally like their subjects in real life. Artists were no longer creating the lies that Augustine warned against, as these abstracted images removed at least some of the temptations for idolatry. This new style, adopted over several generations, created a comfortable distance between the new Christian empire and its pagan past.

In Western Europe, this approach to the visual arts dominated until the imperial rule of Charlemagne (800-814) and the accompanying Carolingian Renaissance. This controversy over the legitimacy and orthodoxy of images continued and intensified in the Byzantine Empire. The issue was eventually resolved, in favor of images, during the Second Council of Nicaea in 787.

*There is some irony here since Augustine’s position echos, to some extent, the writing of the ancient Greek philosopher Plato. In book X of The Republic (c. 360 B.C.E.), Plato describes a true thing as having been made by God, while in the earthly sphere, a carpenter, for example, can only build a replica of this truth (Plato uses a bed to illustrate his point). Plato states that a painter who renders the carpenter’s bed creates an illusion that is two steps from the truth of God. 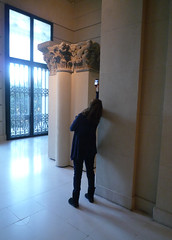 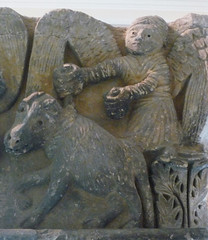 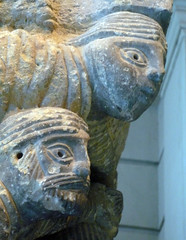 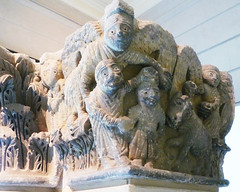 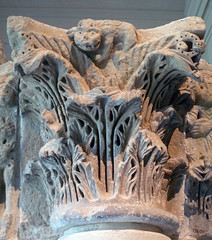 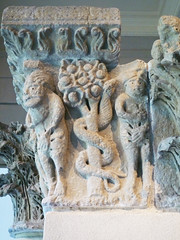 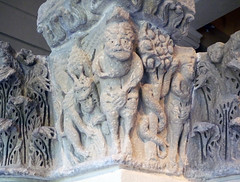 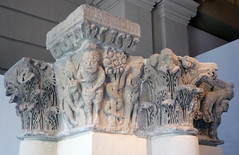