Basilicas—a type of building used by the ancient Romans for diverse functions including as a site for law courts—is the category of building that Constantine’s architects adapted to serve as the basis for the new churches. The original Constantinian buildings are now known only in plan, but an examination of a still extant early fifth century Roman basilica, the Church of Santa Sabina, helps us to understand the essential characteristics of the early Christian basilica. Like the Trier basilica, the Church of Santa Sabina has a dominant central axis that leads from the entrance to the apse, the site of the altar. This central space is known as the nave, and is flanked on either side by side aisles. The architecture is relatively simple with a wooden, truss roof. The wall of the nave is broken by clerestory windows that provide direct lighting in the nave. The wall does not contain the traditional classical orders articulated by columns and entablatures. Now plain, the walls apparently originally were decorated with mosaics. This interior would have had a dramatically different effect than the classical building. As exemplified by the interior of the Pantheon constructed in the second century by the Emperor Hadrian, the wall in the classical building was broken up into different levels by the horizontals of the entablatures. The columns and pilasters form verticals that tie together the different levels. Although this decor does not physically support the load of the building, the effect is to visualize the weight of the building. The thickness of the classical decor adds solidity to the building. In marked contrast, the nave wall of Santa Sabina has little sense of weight. The architect was particularly aware of the light effects in an interior space like this. The glass tiles of the mosaics would create a shimmering effect and the walls would appear to float. Light would have been understood as a symbol of divinity. Light was a symbol for Christ. The emphasis in this architecture is on the spiritual effect and not the physical. The opulent effect of the interior of the original Constantinian basilicas is brought out in a Spanish pilgrim’s description of the Church of the Holy Sepulcher in Jerusalem:

The decorations are too marvelous for words. All you can see is gold, jewels and silk. . . . You simply cannot imagine the number and sheer weight of the candles, tapers, lamps and everything else they use for the services. . . . They are beyond description, and so is the magnificent building itself. It was built by Constantine and . . . was decorated with gold, mosaic, and precious marble, as much as his empire could provide. 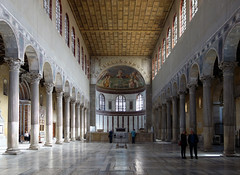 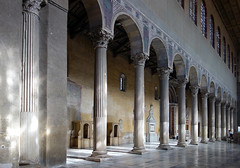 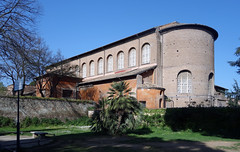 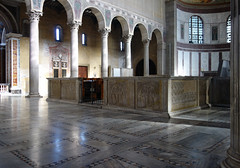 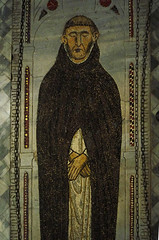 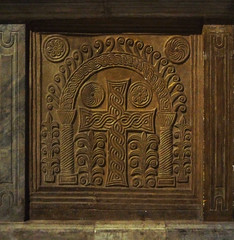 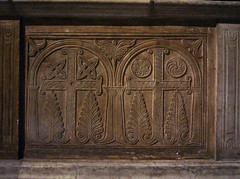 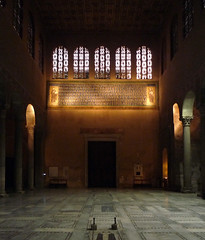 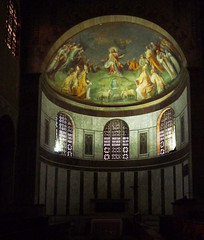 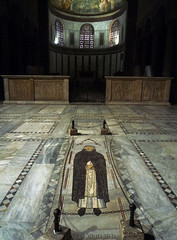 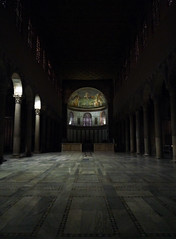 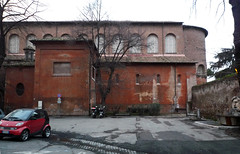