Reconstructions of ancient sites or finds can help us to understand the distant past. For non-academics, reconstructions offer a glimpse into that past, a kind of visual accumulation of scientific research communicated by means of images, models or even virtual reality. We see reconstructions in films, museums and magazines to illustrate the stories behind the historical or archaeological facts. For archaeologists like me however, reconstructions are also an important tool to answer unsolved questions and even raise new ones. One field where this is particularly true is the reconstruction of ancient architecture.

Since at least medieval times, artists created visual reconstructions drawn from the accounts of travelers or the Bible. Examples of this include the site of Stonehenge or the Tower of Babylon. Since the beginning of archaeology as a science in the mid-19th century, scientific reconstructions based on actual data were made. Of course, the earlier visualizations were more conjectural than later ones, due to the lack of comparable data at that time (for example, the image below). 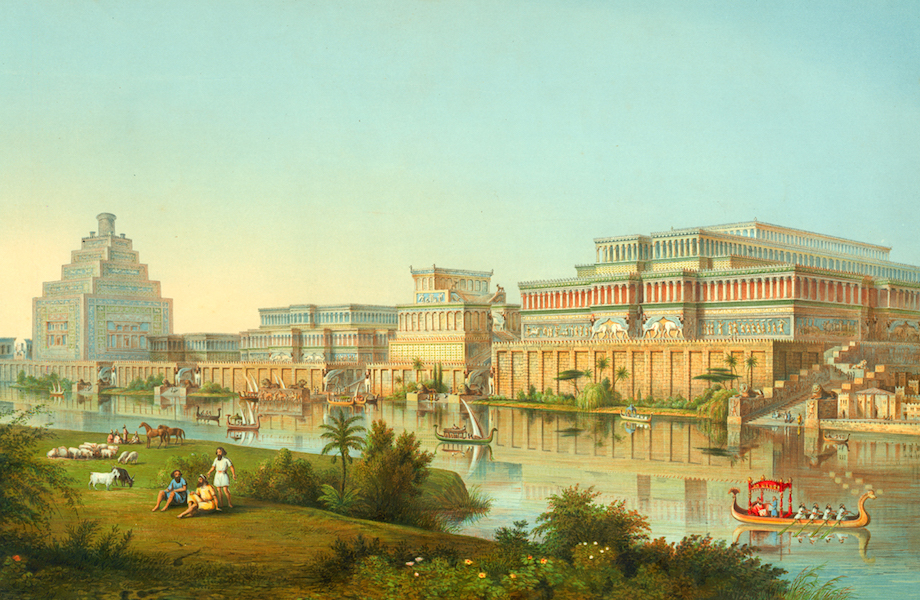 Reconstruction drawing of Nimrud, the site of an ancient Assyrian palace, by James Fergusson for Sir Henry Layard, published in 1853. The columns depicted here were never found. The reconstruction is clearly influenced by what was known at that time of Greco-Roman architecture and by John Martin’s Fall of Nineveh (1829)

The three building blocks of reconstructions

Since the end of the 19th century, reconstruction drawings evolved to be less conjectural and increasingly based on actual archaeological data as these became available due to increased excavations. Today we can not only look at reconstructions, we can experience them—whether as life-sized physical models or as immersive virtual simulations. But how do we create them? What are they made of? Every reconstruction is basically composed of three building blocks: Primary Sources, Secondary Sources, and Guesswork.

The first step toward a good visualization is to become aware of the archaeological data, the excavated remains—simply everything that has survived. This data is referred to as the Primary Sources—this is the part of the reconstruction we are most certain about. Sometimes we have a lot that survives and sometimes we only have the basic layout of a ground plan (below). 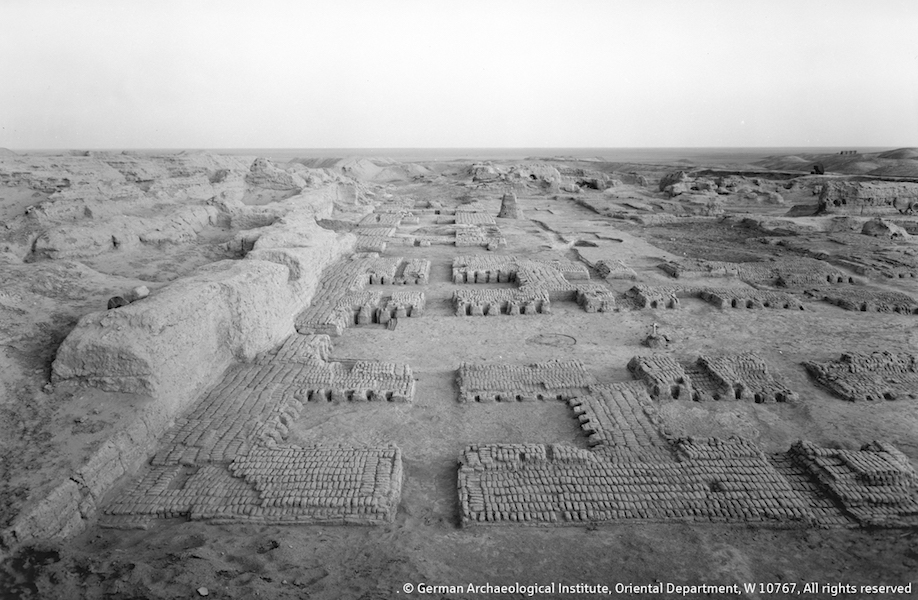 Remains of Building C in Uruk. Only a couple of mud-brick rows have survived to offer a basic ground plan. The building dates into the 4th millennium B.C.E. © German Archaeological Institute, Oriental Institute, W 10767, all rights reserved.

Even when the Primary Sources are utilized, we often have to fill the gaps with Secondary Sources. These sources are composed of architectural parallels, ancient depictions and descriptions, or ethno-archaeological data. So, for example in the case of the Building C in Uruk (above), we know through Primary Sources, that this building was made of mud-bricks (at least the first two rows). We then have to look at other buildings of that time to find out how they were built. In the example above, the layout of the ground-plan shows us that this building was tripartite—a layout well known from this and other sites. We also look at contemporary architecture to understand how mud-brick architecture functions and to find out what certain architectural details might mean. Unfortunately, we don’t have any depictions or textual evidence that can help us with this example. Parallels from later times however show us that the unusual niches in the rooms suggest an important function.

After utilising all the primary and secondary sources, we still need to fill in the gaps. The third part of every reconstruction is simple Guesswork. We obviously need to limit that part as much as we can, but there is always some guesswork involved—no matter how much we research our building. For example, it is rather difficult to decide how high Building C was over 5000 years ago. We therefore have to make an educated guess based, for example, on the estimated length and inclination of staircases within the building. If we are lucky, we can use some primary or secondary sources for that too, but even then, in the end we need to make a subjective decision. 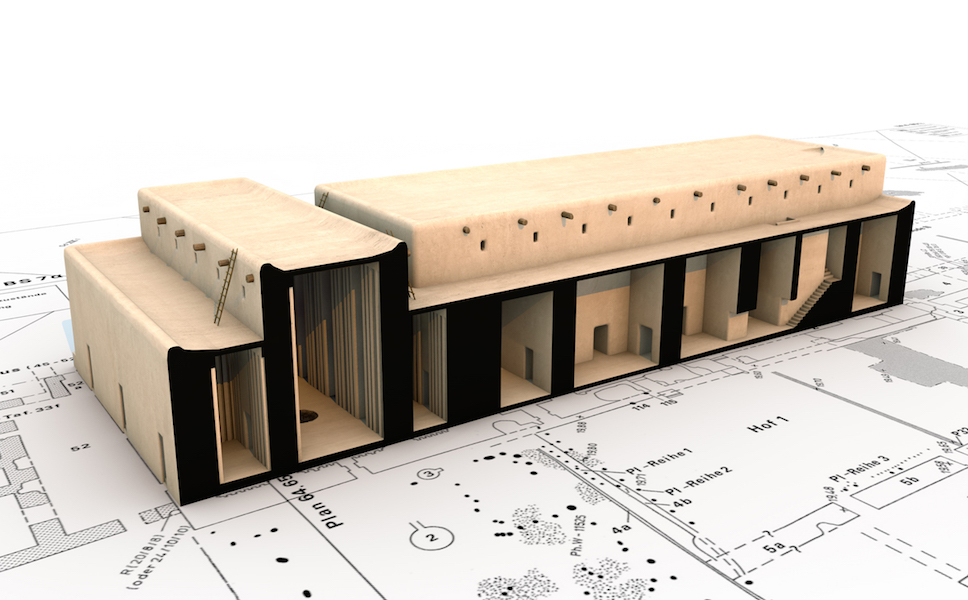 Technical reconstruction of Building C in Uruk. The southwestern part of the building is artificially cut open so we can see the inside (for example, the staircase). © artefacts-berlin.de; Material: German Archaeological Institute

Reconstructions as a scholarly tool

Besides creating these reconstructions to display them in exhibitions, architectural models can also aid archaeological investigations. If we construct ancient architecture using the computer, we not only need to decide every aspect of that particular building, but also the relation to adjoining architecture. Sometimes, the process of reconstructing several buildings and thinking about their interdependence can reveal interesting connections, for example the complicated matter of water disposal off a roof.

Nicholas Stanley-Price, The Reconstruction of Ruins: Principles and Practice (2009)