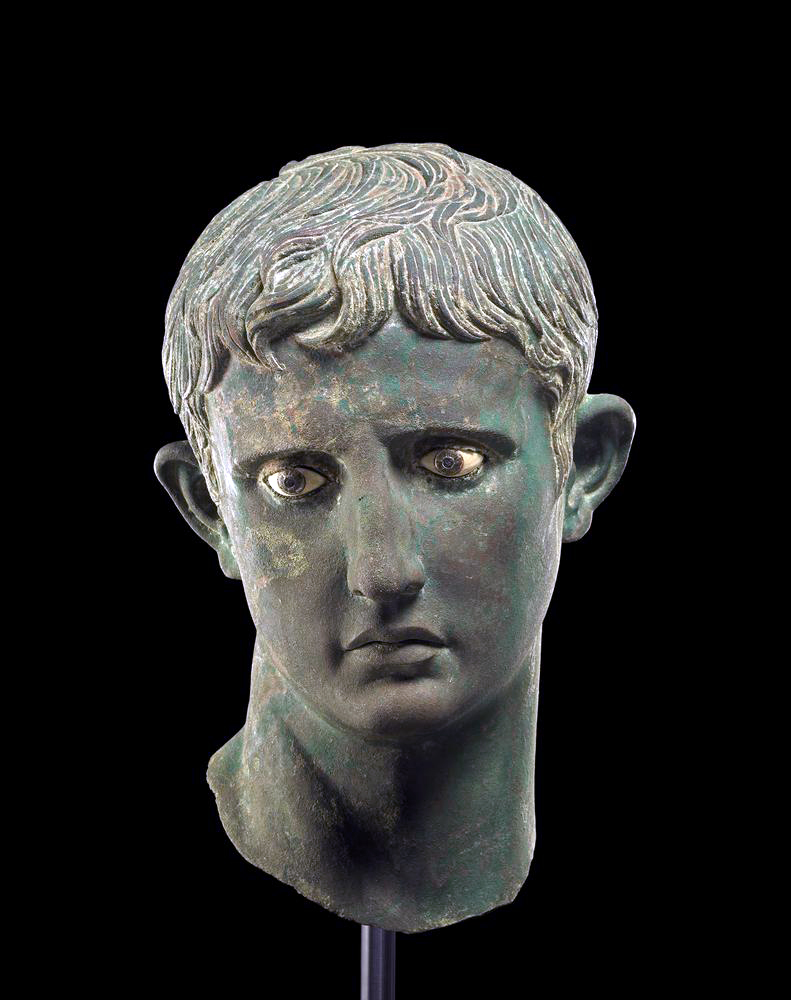 This head once formed part of a statue of the Roman emperor Augustus (27 B.C.E.–14 C.E.). He appears larger than life, with perfect proportions based upon Classical Greek notions of the ideal human form. His calm distant gaze, emphasized with inset eyes of glass and stone, give him an air of quiet, assured strength. This statue, like many others throughout the Empire, was a continuous reminder of the all-embracing power of Rome and its emperor. It was found at Meroe, buried in front of the steps of a Kushite temple, possibly dedicated to Victory.

Trade with the Mediterranean markets was important to the Kushite economy at this time and was mostly conducted in northern Nubia. In 29 B.C.E. the first Roman prefect of Egypt conquered this area and a Kushite-Roman war followed. It seems likely that, because of its symbolic importance, the head was cut from the statue by Kushites during a raid on the Roman frontier. It was then placed in front of the steps of the temple so as to be permanently below the feet of its captors.

The Kushites subsequently re-established trade relations with Roman Egypt. From the mid-second century C.E., their main commercial rival was the kingdom of Axum in the highlands of Ethiopia. When Roman trade with Nubia declined and the Romans began using the Axumite port of Adulis on the Red Sea, the resulting loss of revenue undermined Meroe’s economy and contributed to its eventual decline around 350.

Cite this page as: The British Museum, "Head of Augustus at Meroë (Kush)," in Smarthistory, May 14, 2020, accessed February 4, 2023, https://smarthistory.org/head-of-augustus-at-meroe-kush/.