Once identified as the founder of the Roman Republic, debate over this figure’s true identity rages on.

We know that the Capitoline Brutus was found somewhere in Rome during the sixteenth century, but there is no recorded findspot for this sculpture. In 1564 it was officially bequeathed to the city of Rome by Cardinal Rodolfo Pio da Carpi, an Italian scholar and collector who owned a large trove of ancient artifacts, but there is no known evidence of its original provenance.

In the sixteenth century, at the time of Pio da Carpi’s bequest, this sculpture was already known among antiquarians as Lucius Junius Brutus (who founded the Roman Republic in the 6th century B.C.E.), and this belief continued through the centuries. The bust eventually became a touchstone of revolutionary sentiment: after Napoleon’s invasion of northern Italy in the late 1790s, he staged a triumphal procession across Paris that conspicuously displayed his “art loot” from the campaign. “Rome is no more in Rome. It is now in Paris,” was the chorus of a song that accompanied the march. For Napoleon, the cultural and political meanings associated with ancient Roman art—and particularly the Capitoline Brutus—were key to shoring up his image as the leader of the new capital of Europe. According to art historian Patricia Mainardi, the Brutus was “carried at the end of the march and ceremonially placed on a pedestal before the Altar of the Fatherland,” with a plaque stating “Rome was first governed by kings: / Junius Brutus gave it liberty and the Republic.”

The sculpture was returned to Rome in 1814-15, after Napoleon’s defeat, but its interpretation as the portrait of Brutus lived on. As they did with the Portrait Bust of a Flavian Woman, art historians throughout the nineteenth century debated the identity of the sitter based on its resemblance to other portraits, such as those found on coins. (These objects selected for comparison are called “comparanda.”) However, without a sure archeological findspot, we have no way of knowing who this sculpture actually represents. The mystery of the Capitoline Brutus demonstrates how myths about particular objects can grow into stories that become larger than the objects themselves—but these stories are not necessarily grounded in archeological facts.

There is still a need not only for proper archeological excavation and documentation of ancient objects, but also for properly-documented objects to be prioritized within the canon of the history of visual culture. Though the Capitoline Brutus is aesthetically pleasing and in good condition, the most we can do is guess about its original history. Other objects—those with recorded findspots—can help us learn much more about the cultures and artists that produced them, even if they may be less overtly enticing to the eyes.

This work at the Capitoline Museums 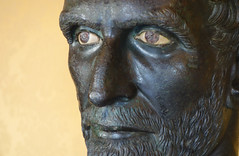 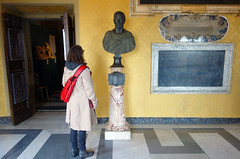 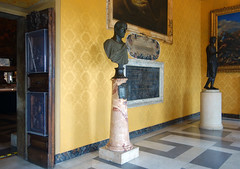 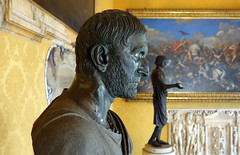 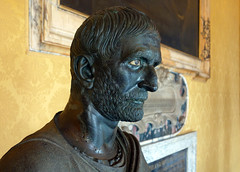 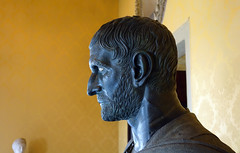