The heart of ancient Persia is in what is now southwest Iran, in the region called the Fars. In the second half of the 6th century B.C.E., the Persians (also called the Achaemenids) created an enormous empire reaching from the Indus Valley to Northern Greece and from Central Asia to Egypt.

Although the surviving literary sources on the Persian empire were written by ancient Greeks who were the sworn enemies of the Persians and highly contemptuous of them, the Persians were in fact quite tolerant and ruled a multi-ethnic empire. Persia was the first empire known to have acknowledged the different faiths, languages and political organizations of its subjects. 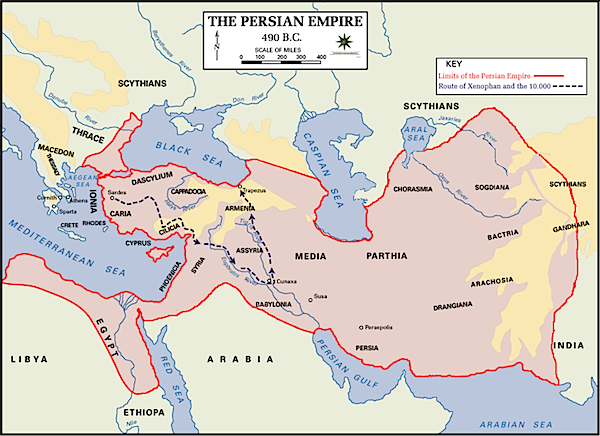 This tolerance for the cultures under Persian control carried over into administration. In the lands which they conquered, the Persians continued to use indigenous languages and administrative structures. For example, the Persians accepted hieroglyphic script written on papyrus in Egypt and traditional Babylonian record keeping in cuneiform in Mesopotamia. The Persians must have been very proud of this new approach to empire as can be seen in the representation of the many different peoples in the reliefs from Persepolis, a city founded by Darius the Great in the 6th century B.C.E. Persepolis included a massive columned hall used for receptions by the Kings, called the Apadana. This hall contained 72 columns and two monumental stairways. 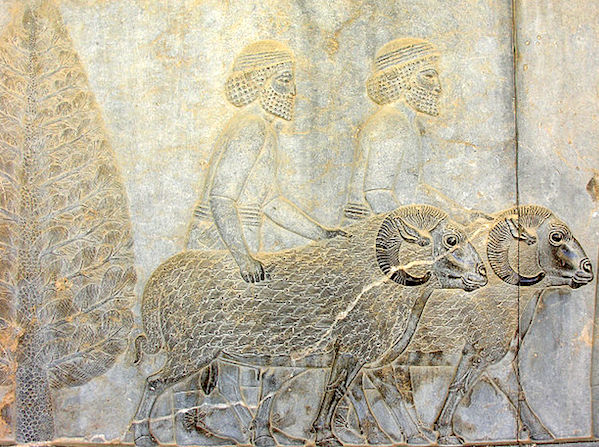 The walls of the spaces and stairs leading up to the reception hall were carved with hundreds of figures, several of which illustrated subject peoples of various ethnicities, bringing tribute to the Persian king. 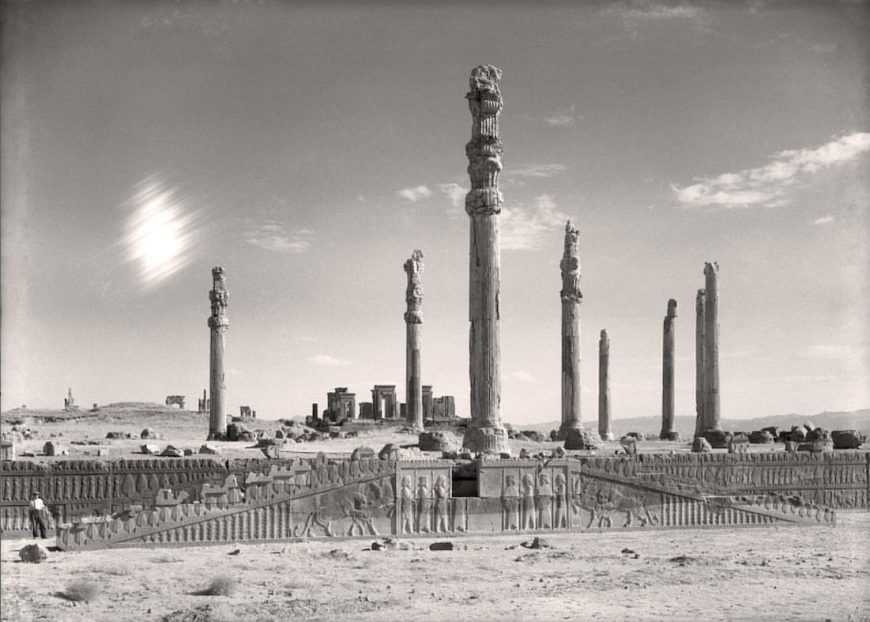 View of the eastern stairway and columns of the Apadana (Audience Hall) at Persepolis, Iran, 5th century B.C.E. (The Oriental Institute, University of Chicago)

Conquered by Alexander the Great

The Persian Empire was, famously, conquered by Alexander the Great. Alexander no doubt was impressed by the Persian system of absorbing and retaining local language and traditions as he imitated this system himself in the vast lands he won in battle. Indeed, Alexander made a point of burying the last Persian emperor, Darius III, in a lavish and respectful way in the royal tombs near Persepolis. This enabled Alexander to claim title to the Persian throne and legitimize his control over the greatest empire of the Ancient Near East.

Persepolis from the air (video from The Oriental Institute, University of Chicago)

The Apadana from the University of Chicago

Persepolis from the University of Chicago 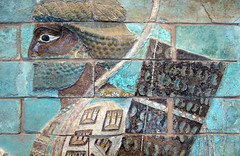 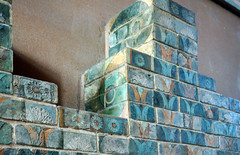