This small temple is a rare surviving example from the Roman Republic. It is both innovative and traditional.

The Temple of Portunus is a well preserved late second or early first century B.C.E. rectangular temple in Rome, Italy. Its dedication to the God Portunus—a divinity associated with livestock, keys, and harbors—is fitting given the building’s topographical position near the ancient river harbor of the city of Rome. 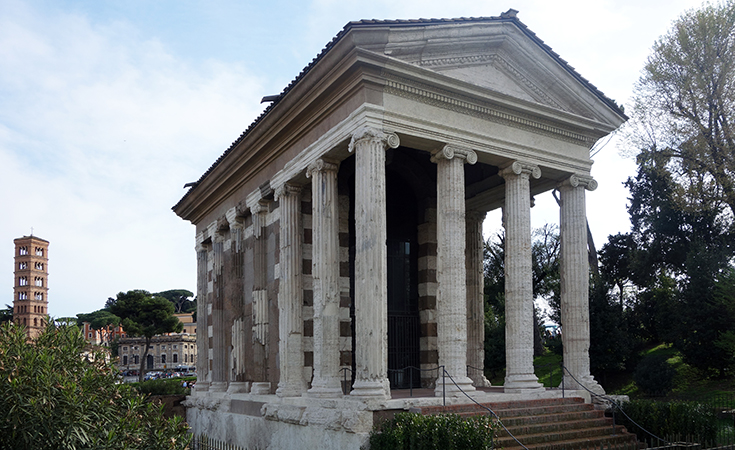 The city of Rome during its Republican phase was characterized, in part, by monumental architectural dedications made by leading, elite citizens, often in connection with key political or military accomplishments. Temples were a particularly popular choice in this category given their visibility and their utility for public events both sacred and secular. 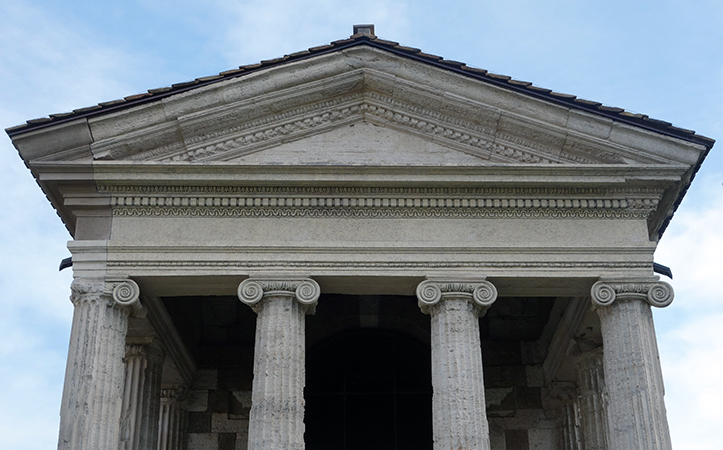 The Temple of Portunus is located adjacent to a circular temple of the Corinthian order, now attributed to Herakles Victor. The assignation of the Temple of Portunus has been debated by scholars, with some referring to the temple as belonging to Fortuna Virilis (an aspect of the God Fortuna). This is now a minority view. The festival in honor of Portunus (the Portunalia) was celebrated on 17 August. 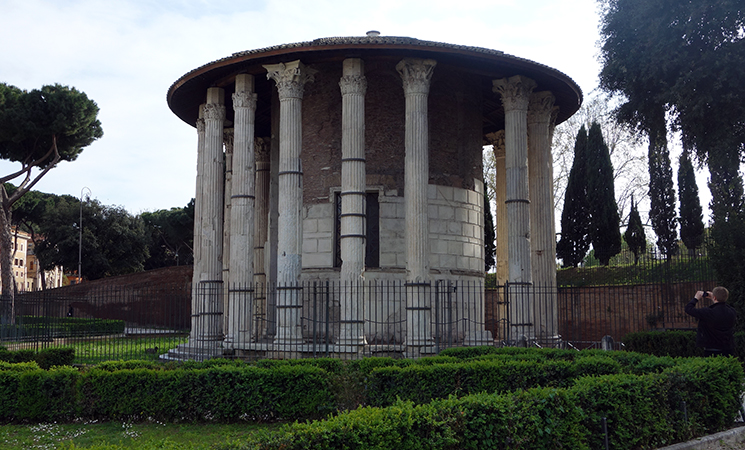 The Temple’s plan and construction 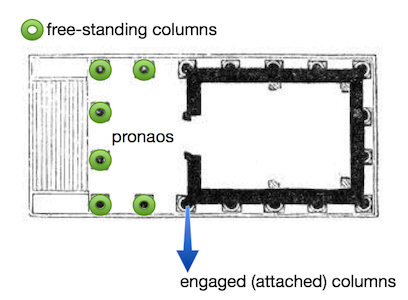 The pronoas  (porch) of the temple supports an Ionic colonnade measuring four columns across by two columns deep, with the columns carved from travertine. The Ionic order can be most easily seen in the scroll-shaped capitals.There are five engaged columns on each side, and four across the back.

Overall the building has a composite structure, with both travertine and tufa being used for the superstructure (tufa is a type of stone consisting of consolidated volcanic ash, and travertine is a form of limestone). A stucco coating would have been applied to the tufa, giving it an appearance closer to that of the travertine. 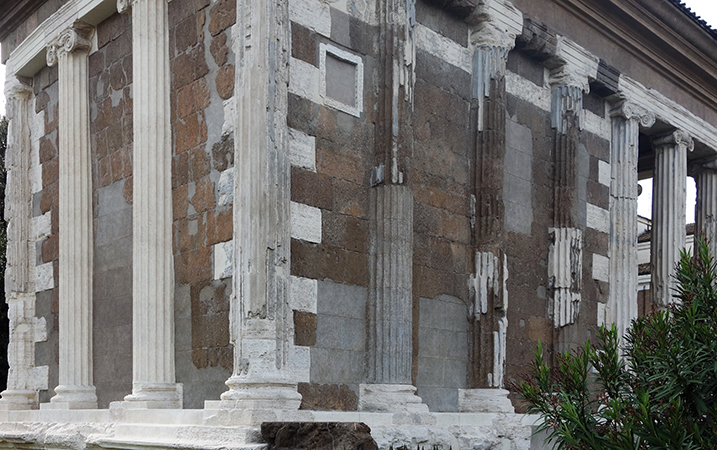 The temple’s design incorporates elements from several architectural traditions. From the Italic tradition it takes its high podium (one ascends stairs to enter the pronaos), and strong frontality. From Hellenistic architecture comes the Ionic order columns, the engaged pilasters and columns. The use of permanent building materials, stone (as opposed to the Italic custom of superstructures in wood, terracotta, and mudbrick), also reflects changing practices. The temple itself represents the changing realities and shifting cultural landscape of the Mediterranean world at the close of the first millennium B.C.E. 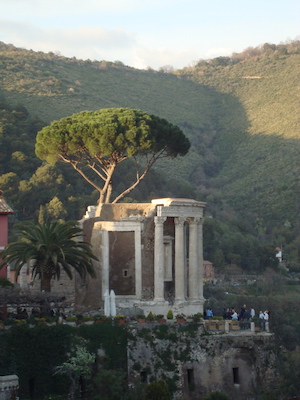 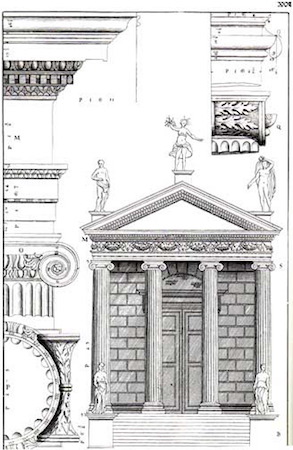 The Temple of Portunus is obviously in an excellent state of preservation. In 872 C.E. the ancient temple was re-dedicated as a Christian shrine sacred to Santa Maria Egyziaca (Saint Mary of Egypt), leading to the preservation of the structure. The architecture has inspired many artists and architects over the centuries, including Andrea Palladio who studied the structure in the sixteenth century.

The Temple of Portunus is important not only for its well preserved architecture and the inspiration that architecture has fostered, but also as a reminder of what the built landscape of Rome was once like – dotted with temples large and small that became foci of a great deal of activity in the life of the city. Those temples that survive are reminders of that vibrancy as well as of the architectural traditions of the Romans themselves. 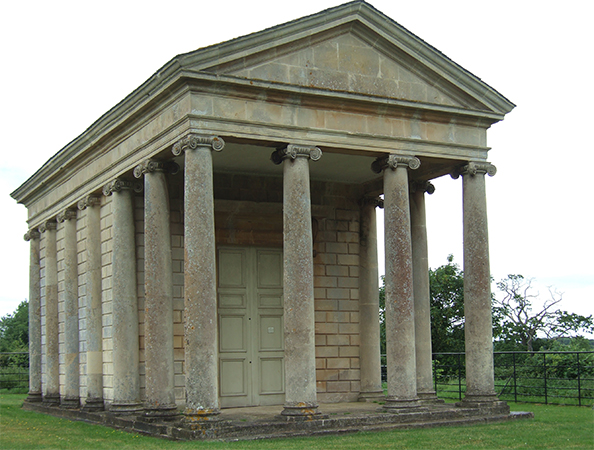 The Temple of Portunus was put on the World Monuments Watch list in 2006. Overseen by the World Monuments Fund, this list highlights “cultural heritage sites around the world that are at risk from the forces of nature or the impact of social, political, and economic change,” providing them with “an opportunity to attract visibility, raise public awareness, foster local engagement in their protection, leverage new resources for conservation, advance innovation, and demonstrate effective solutions.”

Together with the Soprintendenza Archeologica di Roma and grants from private funders, the World Monuments Fund sponsored a restoration of the Temple of Portunus beginning in 2000. The temple had been partially restored and conservation measures put in place in the 1920s, but the activities undertaken in the last two decades utilized the latest technologies to complete a full restoration of the interior and exterior of the building. This included the cleaning and conservation of the frescoes, replacement of the roof (incorporating ancient roof tiles), anti-seismic measures, and the cleaning and restoration of the pediment, columns, and exterior walls. The newly-restored temple opened to the public in 2014.

The Temple of Portunus is one of the best-preserved examples of Roman Republican architecture, and efforts like those of the World Monuments Fund are ensuring that it continues to survive intact.

A. Ziółkowski, The temples of Mid-Republican Rome and their historical and topographical context (Rome: “L’Erma” di Bretschneider, 1992).

Video with photos of the restoration from the World Monuments Fund 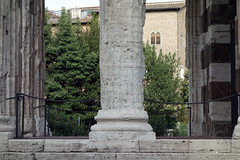 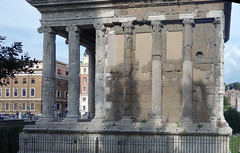 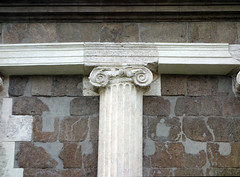 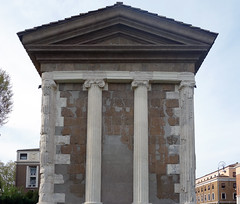 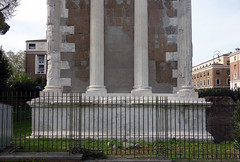 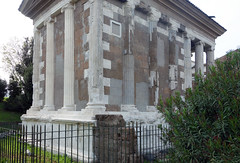 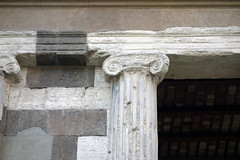 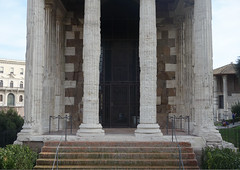 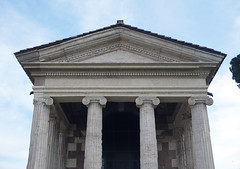 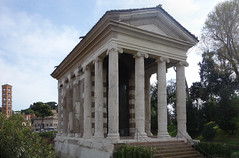