Have you ever found yourself pulling loose ends of threads from your clothes? Not only do threads like these construct textiles, but the seemingly ordinary materials they are made of are embedded in deep histories.

Silk Road
A network of historic trade routes, it connected Southern Europe, Persia, East Africa, Central Asia, East Asia, South Asia and Southeast Asia via land. It remained active for centuries and was central to economic and cultural exchange between the East and the West, particularly from the second century BCE to the eighteenth century CE. It is commonly believed to be the first global trade route.

Pooja Savansukha, A Zoophyte Fantasy? (from The Map Academy blog) 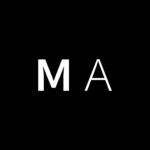 Cite this page as: The MAP Academy, "The fundamental ingredients of textiles: natural fibers," in Smarthistory, August 17, 2022, accessed February 3, 2023, https://smarthistory.org/the-fundamental-ingredients-of-textiles-natural-fibers/.