Corresponding to the reign of emperor Akihito, the Heisei (literally, “achieving peace”) was a period of peace, but one that nonetheless witnessed economic stagnation and natural disasters. In the cultural sphere, the Heisei period saw the establishment of new art museums and the adoption of new means of expression among Japanese artists, although always in dialogue with the recent or more distant past. Manga and anime exploded in popularity and influence during this period, although both have deep histories. Manga refers generally to comics and its roots harken back to medieval narrative picture scrolls. Anime refers, of course, to animation, which goes back to the early 20th century and includes, in Japan, the controversial history of its use as a propaganda tool during World War II. In the 1990s, the anime industry grew via revivals and sequels of popular 1970s productions as well as via new genres.

Popular both domestically and internationally, anime and manga are closely related to the principle of kawaii, translated as “cute.” This culture of “cuteness” has often been understood as a form of escapism from the harsh realities of the postwar period and of a country often threatened by calamitous natural disasters. Artists like Yoshitomo Nara and Murakami Takashi use elements from manga and anime to explore the darker underside of kawaii.

Artists like Murakami Takashi refer not only to the contemporaneous culture of manga and anime in their works, but also to older lineages and genealogies of Japanese art history. Murakami is a case in point with his personal and often provocative interpretations of Edo-period “eccentric” painters whose works nonetheless became integral to the canon of Japanese visual arts. Like Andy Warhol or more recently Jeff Koons, Murakami complements his works in painting, sculpture, and installation with merchandise and publications produced by his company, Kaikai Kiki.

Takashi Murakami, Lots, lots of Kaikai and Kiki, 2009, acrylic and platinum leaf on canvas on aluminum frame, 300 x 608 cm (private collection, © Takashi Murakami, Kaikai Kiki Co., Ltd.) In this painting, the seemingly inescapable accumulation of otherwise “cute” anime-like figures creates a disquieting realm, one that can serve as playful commentary both on the “flat” representation of traditional Japanese painting and on the overwhelming presence of commercial imagery.

Contemporary Japanese artists use a variety of mediums to express their vision or to focus on the perfection and re-invention of a medium. For example, Sugimoto Hiroshi has gained international acclaim for his contemplative photographs of seascapes as well as for his site-specific sculptural and architectural works. Mariko Mori epitomizes the multidisciplinary artist, exploring her sense of identity and developing her surreal imagery through photography, video, sculpture, installation, and performance. Distinct from artists like Sugimoto and Mori, many contemporary Japanese ceramists devote themselves exclusively to the materials and practices of ceramic art; and similar to artists like Murakami, they produce new works that both honor and challenge tradition. 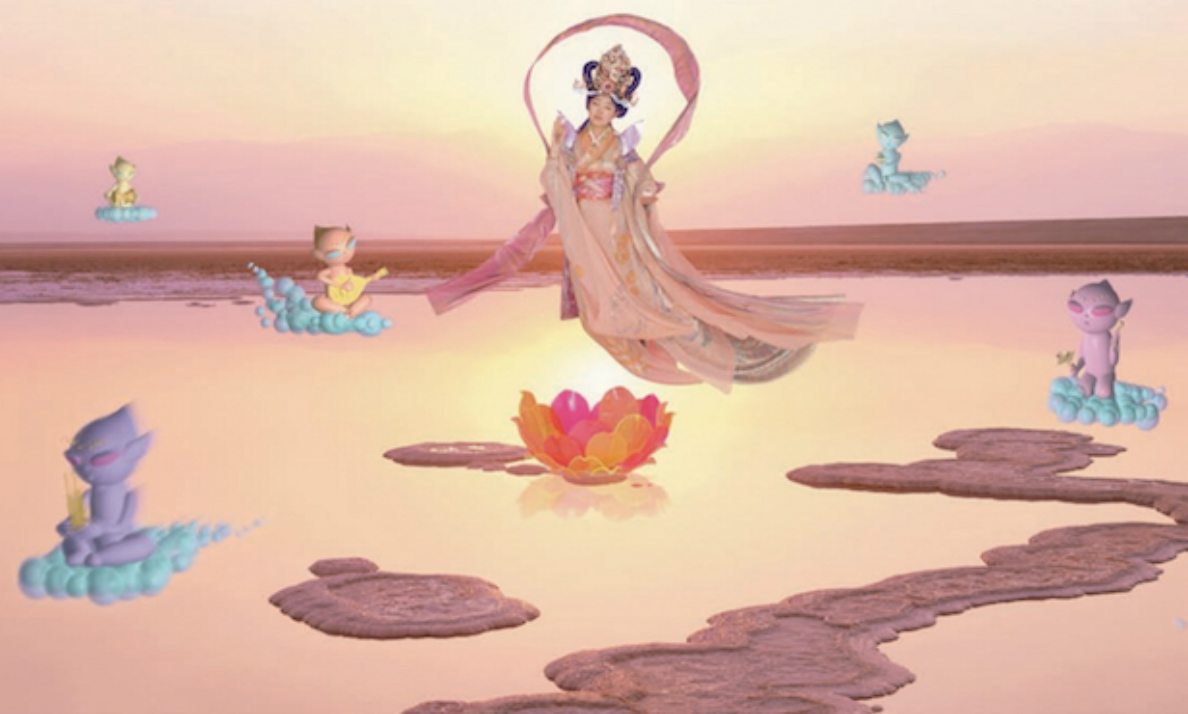 As of May 1st, 2019, when emperor Akihito’s son, Naruhito, ascended the throne, we entered a new era for Japan, namely the Reiwa (translatable to “beautiful harmony”). In Japan as elsewhere, the art of today continues to resonate with the past, while carving its own path forward.