This is one of a small number of known Mexican codices (screenfold manuscript books) dating to pre-Hispanic times. It is made of deer skin and comprises 47 leaves. 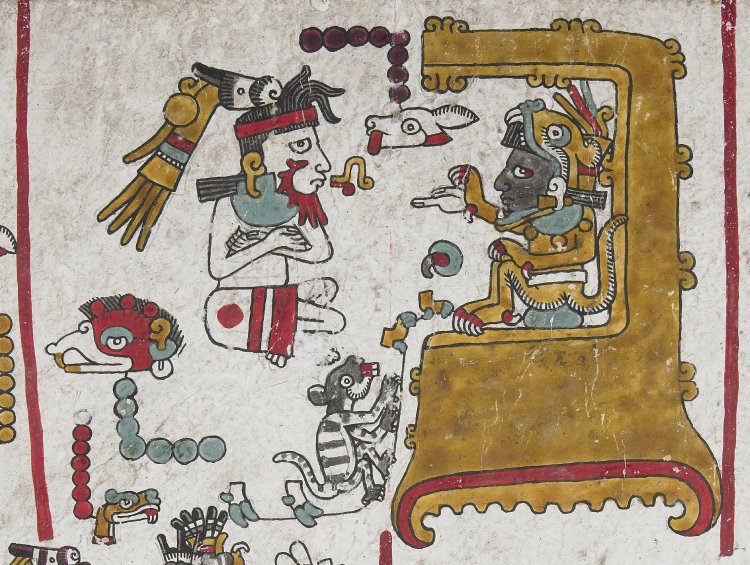 The powerful ruler Eight Deer Jaguar-Claw can be seen here (above), sitting on a throne with his name next to him (8 circles and a deer’s head).

The Zouche-Nuttall Codex contains two narratives: one side of the document relates the history of important centres in the Mixtec region, while the other, starting at the opposite end, records the genealogy, marriages and political and military feats of the Mixtec ruler, Eight Deer Jaguar-Claw. This ruler is depicted at top center, next to his calendric name (8 circles and a deer’s head). It was made by the Mixtec people, some of whom joined the Aztec empire. It uses a kind of picture-writing showing important Mixtec events, with special signs for names and dates. 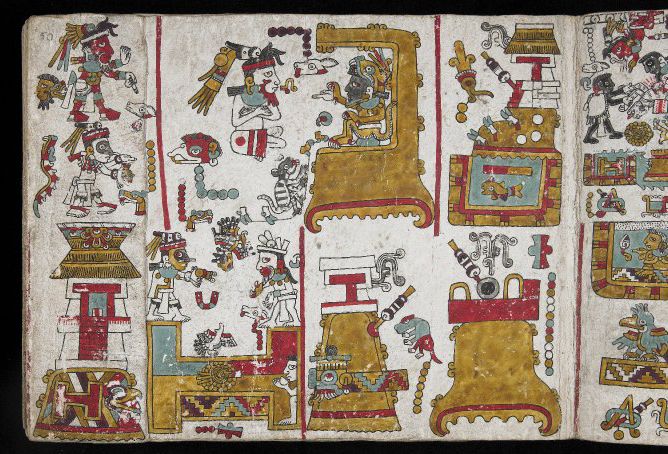 Very few Mesoamerican pictorial documents have survived destruction and it is not clear how the Codex Zouche-Nuttall reached Europe. In 1859 it turned up in a Dominican monastery in Florence. Years later, Sir Robert Curzon, 14th Baron Zouche (1810-73), loaned it to The British Museum. His books and manuscripts were inherited by his sister, who donated the Codex to the Museum in 1917. The Codex was first published by Zelia Nuttall in 1902.

E.H. Boone, Stories in red and black: Pictorial Histories of the Aztecs and Mixtecs (Austin, University of Texas Press, 2000).