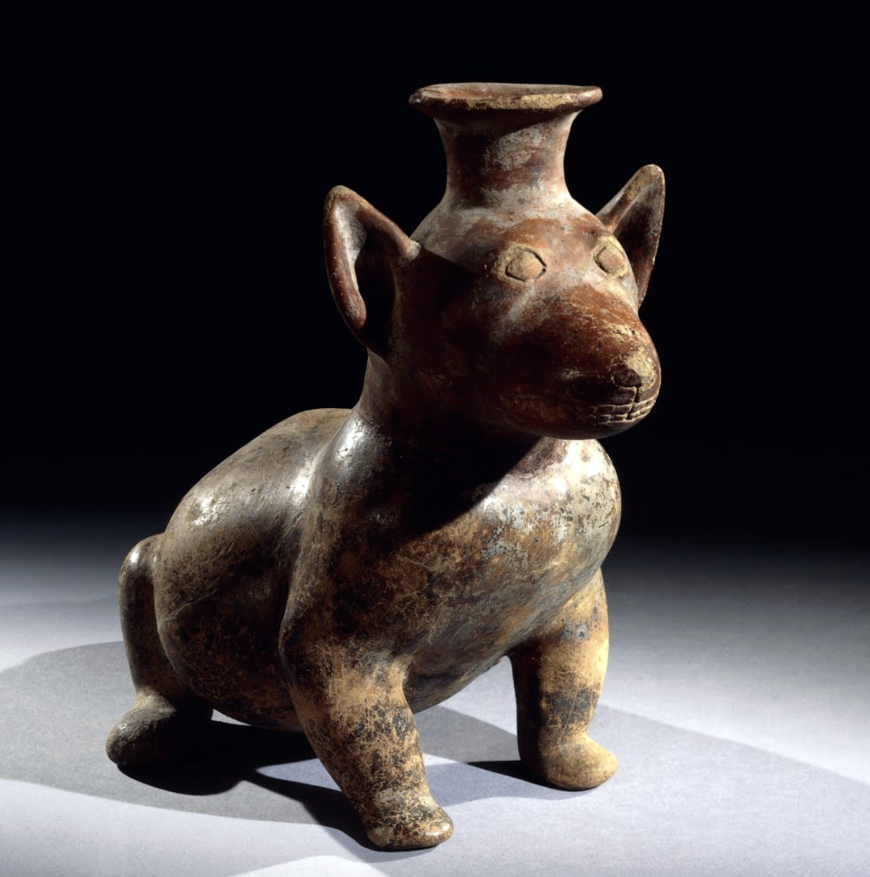 This hollow figure represents a dog, the most commonly portrayed animal in the art of Colima. Dogs were believed to assist the dead in their journey to the Underworld. During the sixteenth century, the dog was also a central figure in the myths of creation, according to sources which themselves referred to Colima’s ancient inhabitants.

The type of dog depicted here is a hairless breed, which was eaten at feasts. The same breed is found in Ecuador and on the coast of Peru and may have been introduced from there to West Mexico. Dogs are not the only animals portrayed in the ceramics of Colima: fauna (ducks, fish, crabs, parrots and serpents, for example), and flora (such as squashes, fruits and cacti) are all realistically represented. Human representations include hunchbacks and dwarfs, musicians playing a variety of instruments, and males holding bowls. Women are rarely depicted.

The ceramics of Colima represent a wider diversity of themes and shapes than those of Jalisco and Nayarit, but there is less variety in style. They generally exhibit a great naturalism. Best known are the hollow figures with a glossy slip. Their color varies from deep red to light orange, although some of them are blackened as a result of the firing process.