In America people are born in diverse colors, customs, temperaments and languages. From the Spaniard and the Indian is born the mestizo, usually humble, quiet and simple. [1]

So states an inscription on José Joaquín Magón’s painting, The Mestizo, made in New Spain (Spanish colonial Mexico) during the second half of the eighteenth century. The painting displays a Spanish father and Indigenous mother with their son, and it belongs to a larger series of works that seek to document the inter-ethnic mixing occurring in New Spain among Europeans, Indigenous peoples, Africans, and the existing mixed-race population. This genre of painting, known as pinturas de castas, or casta paintings, attempts to capture reality, yet they are largely fictions. Typically, casta paintings display a mother, father, and a child (sometimes two). This family model is possibly modeled on depictions of the Holy Family showing the Virgin Mary, saint Joseph, and Christ as a child. Casta paintings are often labeled with a number and a textual inscription that documents the mixing that has occurred. The numbers and textual inscriptions on casta paintings create a racial taxonomy, akin to a scientific taxonomy. In this way, casta paintings speak to Enlightenment concerns, specifically the notion that people can be rationally categorized based on their ethnic makeup and appearance. Organization and labels in casta paintings

They are commonly produced in sets of sixteen, but occasionally we see sixteen vignettes on a single canvas. Costume, accoutrements, activities, setting, and flora and fauna all aid in racially labeling the individuals within these works.

The first position of the casta series is always a Spanish man and an elite Indigenous woman, accompanied by their offspring: a mestizo, which denotes a person born of these two parents. As the casta series progresses and the mixing increases, some of the names used in casta paintings to label people demonstrate social anxiety over inter-ethnic mixing and can often be pejorative.

For instance, a Spaniard and a mestizo produce a castizo (“burned tree”), while a Spaniard and a morisco (a muslim who had been forced to convert to Christianity) produce an albino torna atrás (“Return-Backwards”) and a No te entiendo (“I-Don’t-Understand-You”) with a Cambuja (offspring of an Indian woman and African man) makes a tente en el aire (“Hold-Yourself-in-Mid-Air”). Indigenous peoples who chose to live outside “civilized” social norms and were not Christian were labeled mecos, or barbarians. 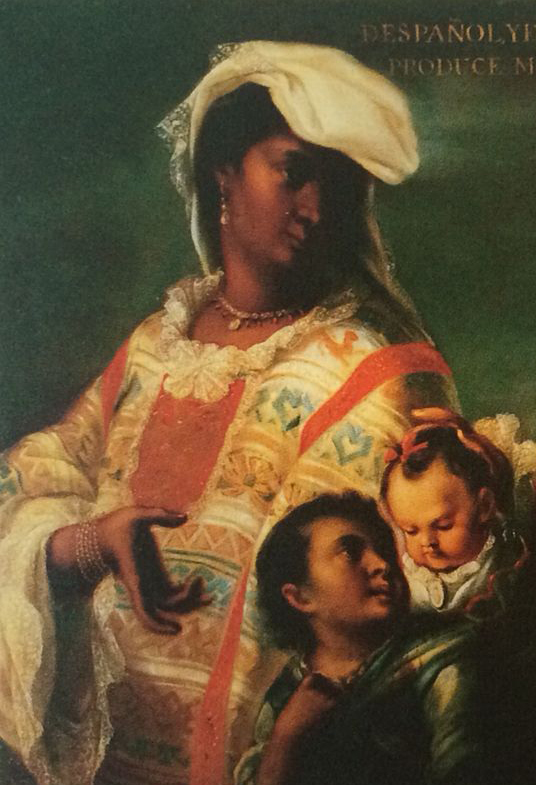 Many famous artists, including Juan Rodríguez Juárez, Miguel Cabrera, and Juan Patricio Morlete Ruiz, produced casta paintings. Rodríguez Juárez created some of the earliest casta paintings, and Spaniard and Indian Produce a Mestizo (above), which displays the same subject as Joaquín Magón’s painting, is attributed to him. [2]

The painting displays a simple composition, with a mother and father flanking two children, one of whom is a servant carrying the couple’s baby. The Indigenous mother, dressed in a beautiful huipil (traditional woman’s garment worn by Indigenous women from central Mexico to parts of Central America) with lace sleeves and wearing sumptuous jewelry, turns to look at her husband as she gestures towards her child. Her husband, who wears French-style European clothing including a powdered wig, gazes down at the children with his hand either resting on his wife’s arm or his child’s back. The young servant looks upwards to the father. The family appears calm and harmonious, even loving. This is not always the case, however. Often as the series progresses, discord can erupt among families or they are displayed in tattered, torn, and unglamorous surroundings. People also appear darker as they become more mixed. Casta paintings from the second half of the eighteenth century in particular focus more on families living in less ideal conditions as they become more racially mixed. Earlier series, like Rodríguez Juárez’s, often display all families wearing more fanciful attire.

Why an Albino? Some Notes On Our New Casta Painting by Miguel Cabrera (Getty Museum)

Watch a video about a series of casta paintings on Smarthistory 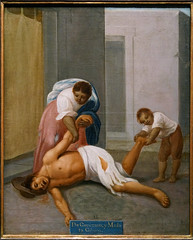 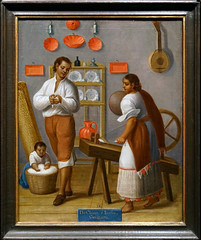 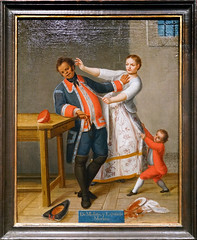 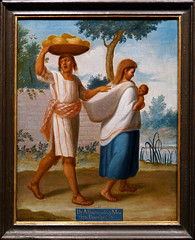 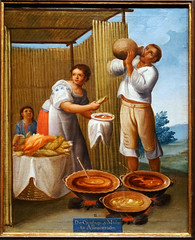 For the classroom—Casta painting activity

What does Katzew argue are the rationales for the creation of casta paintings? Who did they serve? Try to mention and briefly explain all of the differing rationales for their creation. How convincing is her argument? Could the genre successfully serve such diverse purposes?

Here is a link to a slideshow to accompany the discussion and activity.

NB: This is a longer assignment. If you’d prefer something shorter, you could assign just the before class reading and discussion questions above.

Get students to talk about answers to the questions above. Here, I have provided an outline of the major points (ideally sourced from students)

Early casta paintings tend to be idealized and with relatively generalized background settings.

Later casta paintings tend to have a greater sense of emotion and drama. They often portray familial discord (particularly in the lower classes), in contrast to the ideal domesticity of early examples. You also get a wider range of settings, including detailed domestic settings. These are general trends.

Steps of the class activity that builds on the discussion:

In small groups students are assigned a group of casta paintings (3–4 per group max). The paintings can be presented either as print outs or via google slides. They should be given to students without the identification information (artist, title, date). After they answer the first group of questions (1–3a below), you should provide them with the identification, they then answer question 3b. At the end each group can present their painting to the class.

a) What are the differences mentioned by Katzew in the first vs. second “generations” of casta paintings? Which generation do your casta paintings fall under and what are the compositional or iconographic indicators that lead you to this conclusion?

b) Once given the identification, how can you flush out your analysis of the work and its place within the trajectory of casta painting?