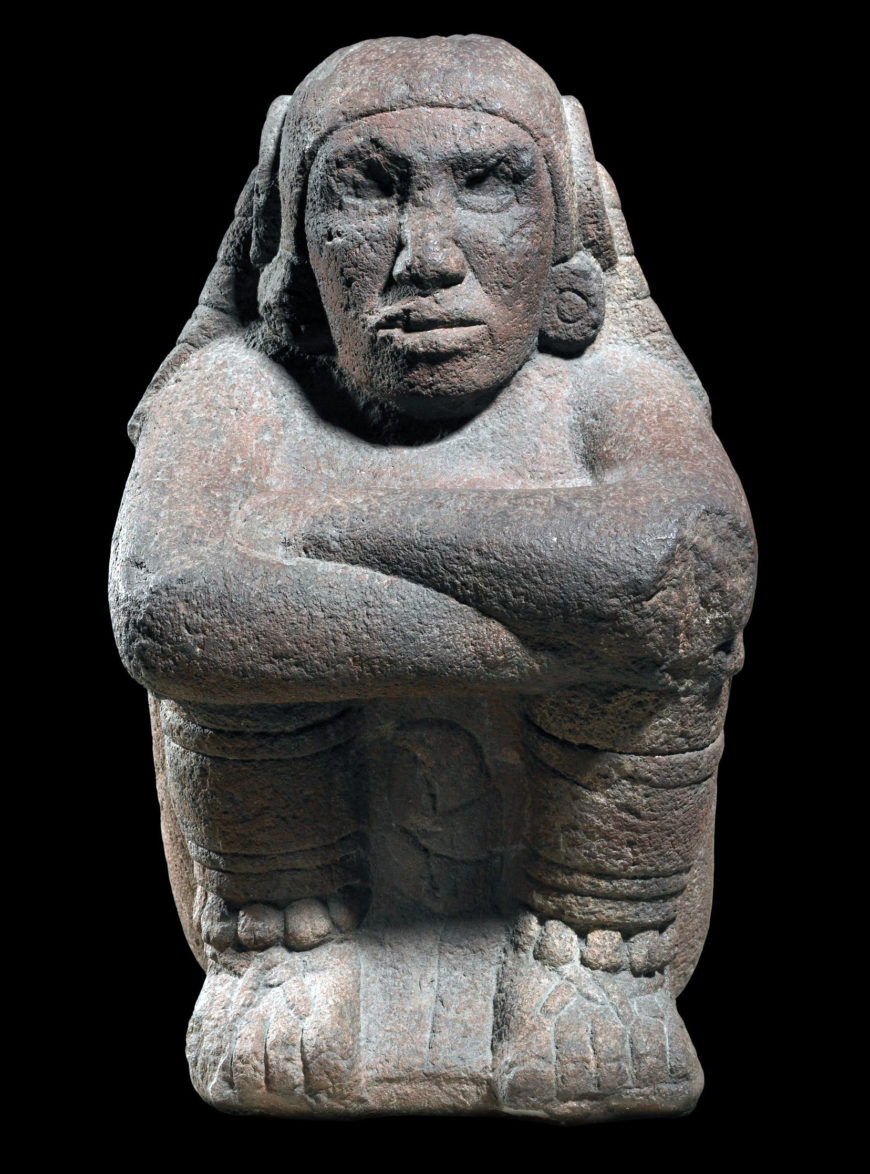 Xochipilli was the Mexica god of music and dance. His name in Nahuatl, the language spoken by the Mexica*, means ‘Flower Prince’. He was also called Macuilxochitl. Music and dance played an important role in Mexica religious and public ceremonies.

Some of the dances described by the Spanish chroniclers have survived to the present. Images of musical instruments, musicians, and dancers are represented in ceramic, stone, murals, and especially in codices (screenfold books). A variety of instruments, such as flutes, drums, the teponaztli, and conch shells, were used to accompany dances or poetry performances.

Xochipilli, like all Mexica gods, had another aspect. Bernardino de Sahagún, a sixteenth-century Spanish friar, recounts that Xochipilli could strike down with terrible diseases those who did not observe the sacred fast days.