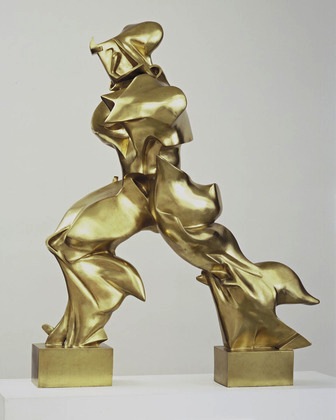 Can you imagine being so enthusiastic about technology that you name your daughter Propeller? Today we take most technological advances for granted, but at the turn of the last century, innovations like electricity, x-rays, radio waves, automobiles and airplanes were extremely exciting. Italy lagged Britain, France, Germany, and the United States in the pace of its industrial development. Culturally speaking, the country’s artistic reputation was grounded in Ancient, Renaissance and Baroque art and culture. Simply put, Italy represented the past.

In the early 1900s, a group of young and rebellious Italian writers and artists emerged determined to celebrate industrialization. They were frustrated by Italy’s declining status and believed that the “Machine Age” would result in an entirely new world order and even a renewed consciousness.

Filippo Tommaso Marinetti, the ringleader of this group, called the movement Futurism. Its members sought to capture the idea of modernity, the sensations and aesthetics of speed, movement, and industrial development. 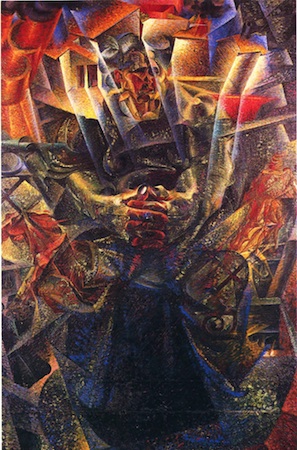 Marinetti launched Futurism in 1909 with the publication his “Futurist manifesto” on the front page of the French newspaper Le Figaro. The manifesto set a fiery tone. In it Marinetti lashed out against cultural tradition (passatismo, in Italian) and called for the destruction of museums, libraries, and feminism. Futurism quickly grew into an international movement and its participants issued additional manifestos for nearly every type of art: painting, sculpture, architecture, music, photography, cinema—even clothing.

The Futurist painters—Umberto Boccioni, Carlo Carrà, Luigi Russolo, Gino Severini, and Giacomo Balla—signed their first manifesto in 1910 (the last named his daughter Elica—Propeller!). Futurist painting had first looked to the color and the optical experiments of the late 19th century, but in the fall of 1911, Marinetti and the Futurist painters visited the Salon d’Automne in Paris and saw Cubism in person for the first time. Cubism had an immediate impact that can be seen in Boccioni’s Materia of 1912 for example. Nevertheless, the Futurists declared their work to be completely original.

Dynamism of Bodies in Motion

The Futurists were particularly excited by the works of late 19th-century scientist and photographer Étienne-Jules Marey, whose chronophotographic (time-based) studies depicted the mechanics of animal and human movement.

A precursor to cinema, Marey’s innovative experiments with time-lapse photography were especially influential for Balla. In his painting Dynamism of a Dog on a Leash, the artist playfully renders the dog’s (and dog walker’s) feet as continuous movements through space over time. 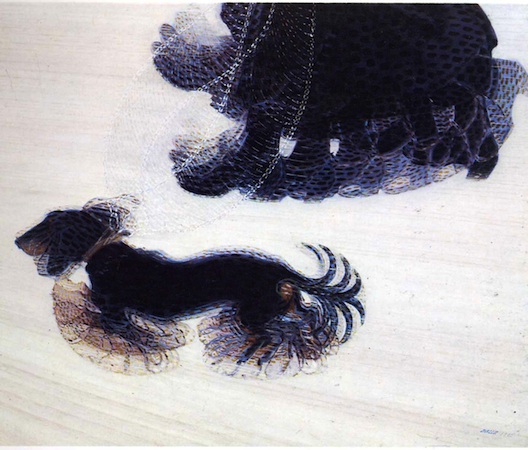 Entranced by the idea of the “dynamic,” the Futurists sought to represent an object’s sensations, rhythms and movements in their images, poems and manifestos. Such characteristics are beautifully expressed in Boccioni’s most iconic masterpiece, Unique Forms of Continuity in Space (see above). 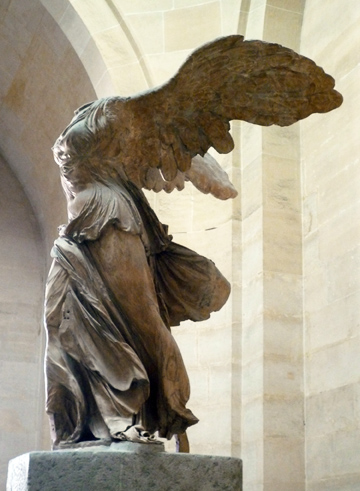 The choice of shiny bronze lends a mechanized quality to Boccioni’s sculpture, so here is the Futurists’ ideal combination of human and machine. The figure’s pose is at once graceful and forceful, and despite their adamant rejection of classical arts, it is also very similar to the Nike of Samothrace.

Futurism was one of the most politicized art movements of the twentieth century. It merged artistic and political agendas in order to propel change in Italy and across Europe. The Futurists would hold what they called serate futuriste, or Futurist evenings, where they would recite poems and display art, while also shouting politically charged rhetoric at the audience in the hope of inciting riot. They believed that agitation and destruction would end the status quo and allow for the regeneration of a stronger, energized Italy.

These positions led the Futurists to support the coming war, and like most of the group’s members, leading painter Boccioni enlisted in the army during World War I. He was trampled to death after falling from a horse during training. After the war, the members’ intense nationalism led to an alliance with Benito Mussolini and his National Fascist Party. Although Futurism continued to develop new areas of focus (aeropittura, for example) and attracted new members—the so-called “second generation” of Futurist artists—the movement’s strong ties to Fascism has complicated the study of this historically significant art.

Unique Forms in the Continuity of Space at MoMA

The Futurist Manifestos and related materials 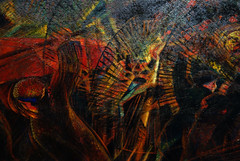 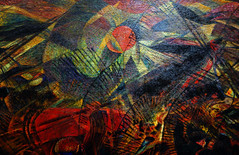 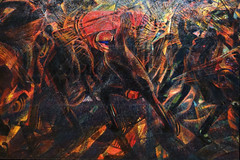 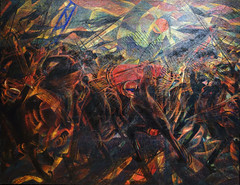 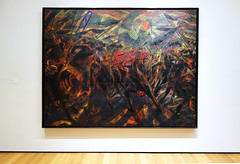