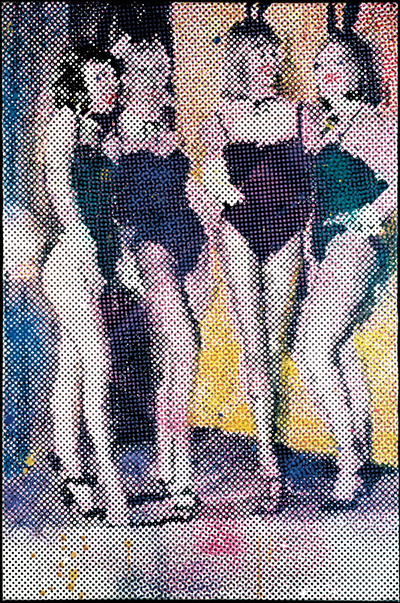 Multi-colored dots swirl throughout the picture plane. Smudges, blurs, irregularities—all are intentional. The artist, Sigmar Polke, delights in imperfections. Stand too close to the canvas and you are immersed within the erratic whirl of dots. Take a step back, and the imagery coheres into the loosest arrangement, merely suggesting specific forms and thereby hindering the usual intent of a picture of Playboy bunnies—clarity and the illusion of proximity. Blurring forms and subverting content is a trademark of this artist who is known for his experimental methods. The repetitive dots may bring to mind the comic book style of Pop artist Roy Lichtenstein, with his neatly arranged Ben-Day dot patterns, but this is not a bad imitation of American Pop Art. It is something else entirely. 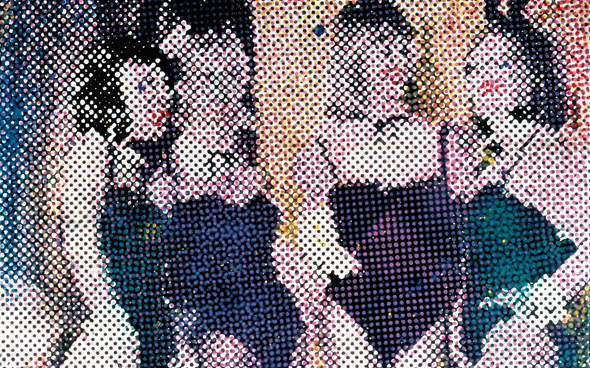 Crucible of the Cold War

In the mid-1960s, Sigmar Polke was an art student in Düsseldorf, West Germany; however, he was born and lived in the Eastern Bloc until he was 12 (Polke’s birthplace, Silesia, is now part of Poland). The Cold War was then at its height, and Germany was a microcosm‎ of the conflicts that then divided Europe. Likewise, the differences between the zones of this divided country were substantial. By 1970 West Germany had one of the world’s largest economies, and its citizens enjoyed increasing financial prosperity and a steady rise in the standard of living. Conversely, in East Germany, coffee, beer, and cigarettes remained luxuries, and the average household did not have modern appliances such as refrigerators and color televisions, items that had become common in the West.

Moving from the Communist East to the capitalist West had a profound effect on Polke.  Yet importantly, he took a distanced view of the West’s glittering facade of consumer paradise. 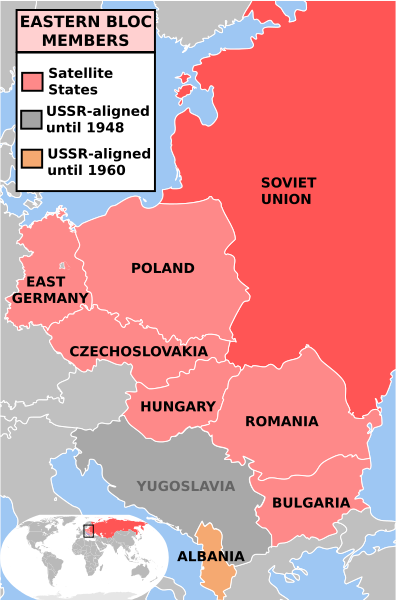 The visual arts were different as well. West Germany looked to the radical art movements occurring in New York—Abstract Expressionism and later Pop Art. In contrast, East Germany, which was controlled by the Soviet Union, dictated that art should portray an idealized future, and should serve the people as a means of education and inspiration. This was the basis of East German Socialist Realist art.

This term mocks East German Socialist Realism, critiques capitalism, and distinguishes the art made by these young Germans from American Pop Art. Capitalist Realism is characterized by ambiguity, the banality of its representations, and a dialogue between traditions in the fine arts and popular consumer culture. These artists were not mimicing Pop Art, but were searching for a way to express the complexities of the dual political and socioeconomic systems in Germany.

Polke’s early painting, Bunnies, is an example of the artist’s ability to simultaneously distance the viewer while immersing them within the imagery. The painting may have been based on an advertisement for membership into Hugh Hefner’s Playboy Clubs. The first of these clubs opened in 1960 and the original image would have functioned as more than just a photograph of beautiful women meant to evoke physical desire, it was also a tantalizing portrayal of a lifestyle that could be purchased. Polke dissolves these sex symbols into clusters of dots and smudges exposing the image’s seductive illusion. Polke frustrates the viewer’s desire by emphasizing the materiality of the image at the expense of the clarity and individuality of the women.

In the end, the label “Capitalist Realism” was simply a tool for Lueg, Polke, and Richter at the start of their careers. The artists abandoned it quickly, refusing to be limited by even this self-imposed term. 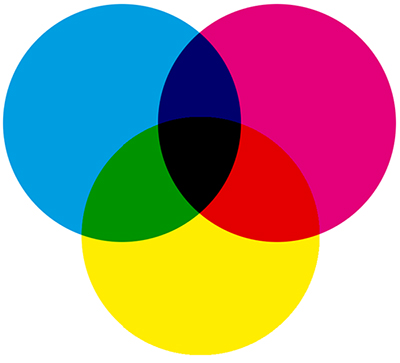 In his rasterbilder (paintings that overtly mimic printing) such as Bunnies, Polke often used photographs taken from the newspaper. In recognition of this inexpensive printing process, Polke’s color rasterbilder are composed entirely of four colors—cyan, magenta, yellow, and black—the standard process colors of commercial printing. Polke composed this work by overlapping layers of paint, which he applied through a stencil simulating halftone dots. It was important to Polke for the hand of the artist to be visible. In other words, Polke wanted to make it obvious that this was a painting produced by an artist, and not by mechanical reproduction despite the references he was making. He accomplished this in two ways.

First, he meticulously hand-painted dots of varying sizes and shapes; some are full and rounded, others  are square and only partly formed. Distances between the dots lengthen and shorten with no regular pattern and varies in intensity. Next, he experimented with color gradations and intensity. ​Sometimes the dots are multi-colored with a white background. Sometimes the dots are white against a multi-colored background. 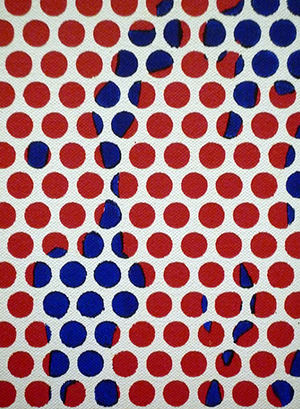 Roy Lichtenstein’s process was very different. The American artist would project a drawing onto a canvas and then stencil uniform dots using large, pre-cut metal screens. He also used heavy, dark lines to enclose this orderly system of dots. Lichtenstein’s paintings articulate the original image with crisp legibility and glamorize the mass media. In contrast, Polke plays games of concealment and revelation.

What then is the subject of the painting Bunnies? Is it the women, or the painted dots that refuse to define them? For Polke’s work, the question may be more important than the answer.