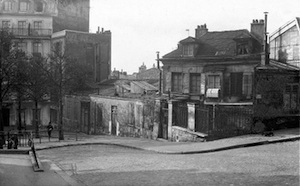 In 1904, Picasso rented a studio in an old, dilapidated building in Paris filled with artists and poets. Located at 13 Rue Ravignan, the building was dubbed the Bateau-Lavoir (or laundry barge) by poet-in-residence, Max Jacob.
It was at this time that Picasso first came into contact with French painter Henri Matisse, as well as the American expatriate Gertrude Stein. Gertrude commissioned a portrait by Picasso in 1905, around the same time that her brother Leo bought Matisse’s Bonheur de Vivre. As the strong solid woman of Picasso’s painting suggests, Gertrude Stein was a formidable presence in Paris of the early 20th century. An influential writer, she, along with her brother, was an important patron of the arts, known for hosting salons that brought together some of the period’s most famous artists, writers, and intellectuals. At the time of his commission, Picasso hoped to cultivate a relationship with the wealthy Stein, who had already been impressed by the innovative style of Matisse. 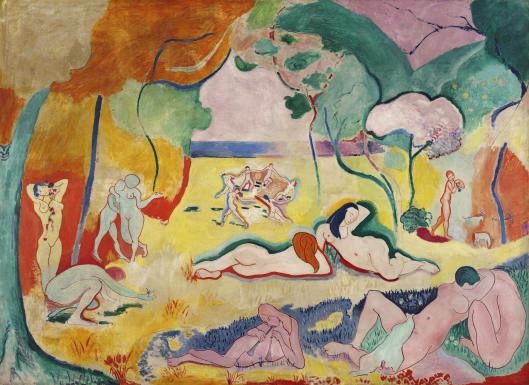 In contrast to Matisse’s bright colors and sensuous undertones in paintings like Bonheur de Vivre , Picasso’s portrait demonstrates the angular distortions and formal experimentation that would characterize his artwork through the invention of Cubism. 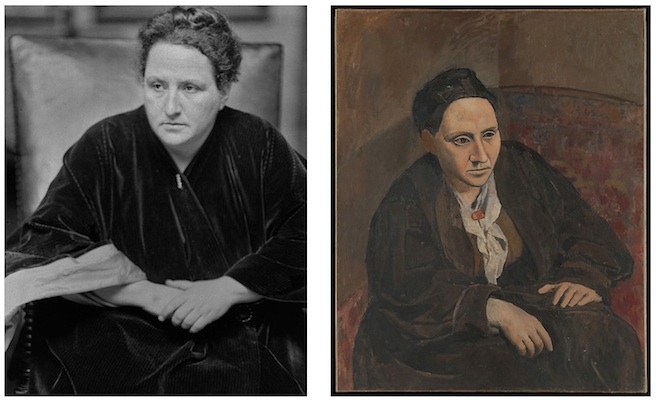 The story goes that Stein sat for Picasso so many times (as many as 90 sittings) that eventually he said he could no longer see her when he looked at her. He then wiped out her face in the painting and left on a trip to Spain. When he returned to Paris in the fall, Picasso quickly completed the portrait — supposedly from memory — in a way that challenged traditional expectations of portraiture. According most portraits tell us about the sitter through their physical likeness and expressive detail, Picasso instead showed his subject as a massive hulking figure who stares blankly past the viewer.

Painted in dull, muted colors, Stein’s broad body fills Picasso’s canvas. Her bulky form sits on a large armchair or sofa and stiffly leans forward, imposing in the way she rests her arms and large hands heavily on the folds of her skirt. In contrast to the rounded mass of the figure, Stein’s face has a planar quality that seems hard and mask-like — an effect heightened by the geometric treatment of the eyes, nose, and mouth, and the dark modeling that distinguishes its angular contours from the rest of her head and body. 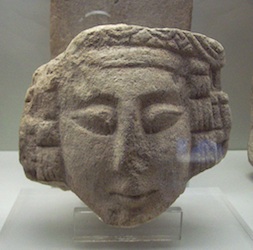 Picasso’s odd rendering of Stein’s features reflects the influence of African and Iberian art on the artist, but it might also allude to art’s inability to reveal the truth about an individual. Like many European artists at the time, Picasso looked to ancient and non-western art as a source of primitive inspiration — a colonialist notion that viewed “uncivilized” cultures to be more spiritually authentic than the sophisticated cities of Europe. Thus, while Picasso admired the formal qualities of these sculptural influences, he also believed them better able to communicate deeper meaning and ideas that could not be conveyed through the established traditions of Western art.

The Power of the Artist

By reworking Gertrude Stein’s portrait in a primitive style, Picasso claimed for himself the power to represent the woman as she really is, not merely as a likeness of her physical appearance. Stein’s response to the image supports this point of view. In her book on Picasso, she wrote:

I was and I still am satisfied with my portrait, for me, it is I, and it is the only reproduction of me which is always I, for me. 1 Like Picasso’s reliance on the expressive potential of primitive forms, Stein’s repetitive word play demonstrates her own interest in how language could convey meaning through formal effect instead of descriptive content. For the artist and the author, both challenged the conventions of their media in order to explore the power of art to communicate in new ways that would be appropriate to the modern era.

This painting at the Metropolitan Museum of Art

The Collections of Gertrude and Leo Stein (Smithsonian.com) 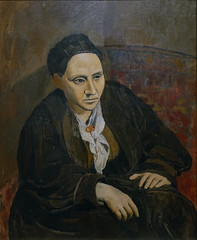 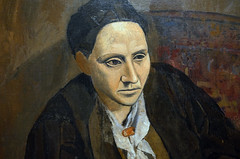 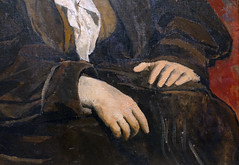 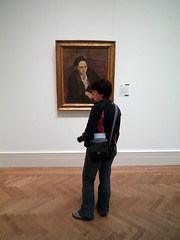 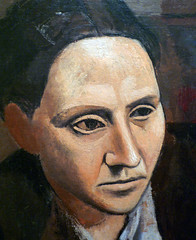