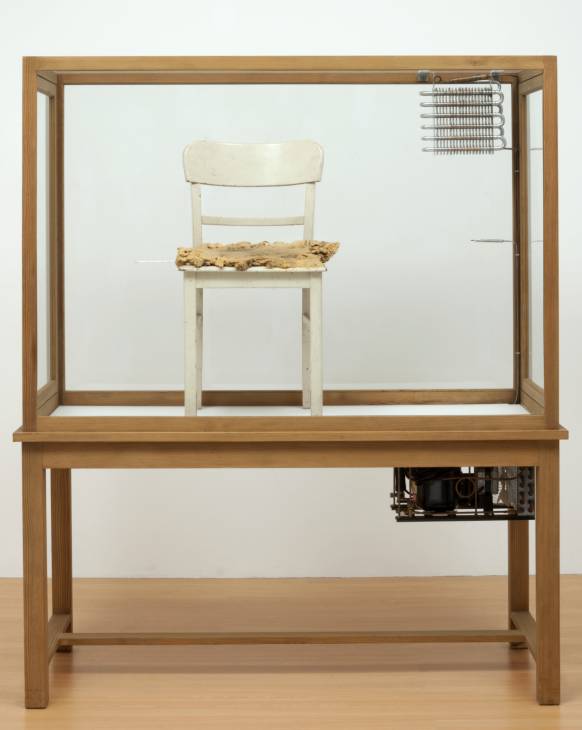 The artist as “shaman”

The first encounter with a work by Joseph Beuys is often surprising. Look, for example, at Fat Chair. It is composed of an old, rather ordinary chair with fat placed on the seat. Keep in mind all of the features that fat possesses as a material, and it is clear that a lot of fat and an old chair are not meant to produce feelings of aesthetic pleasure. Other materials that Beuys uses in his work: wax, filth, animal hair, and blood, possess similar qualities. Each is a natural material but none are very pleasant in their appearance, structure or smell. Why should artwork be like that? Shouldn’t art be “fine” or “beautiful” in some sense?

These works of art are part of Beuys’ broader artistic strategy, which can be called “shamanism.” Beuys often used natural materials and cult-like ceremonies through which he tried to underline the importance of the irrational and mystical in human beings. With this practice, Beuys tried to oppose the “rational” in contemporary society. He perceived his art as a social mission, needed to heal post-war German society. He wanted to heal, first of all, those who built Auschwitz—that terrible symbol of Nazi horror. This task required an even deeper reform–since in Beuys’ eyes, the real source of National Socialism was found in the extreme rationality of modern society.

For Beuys, extreme rationality, efficiency and technocracy, defined the modern era; and although seemingly good, he viewed these trends as extremely dangerous. The Holocaust was only possible because of Germany’s rationality, efficiency and functionality coupled with its specific ideological premises. Beuys sought to contrast the Holocaust’s rationality with the irrationality he believed could be found in so-called “primitive societies.” Irrationality, understood in this way, focused on concrete people, not on abstract or theoretical principles. Beuys suggested that only this could prevent human destruction. “Shamanism” was a part of this “primitive” practice of healing human beings physically, morally, and spiritually.

This shamanistic use of natural materials is meant to underscore man’s relation to nature and to a concrete human community in which the practice of healing takes place. These practices do not have an aesthetic purpose and the materials used by Beuys do not pretend to be anything other than what they are—unpleasant, rough natural materials. They are real and do not mislead and this truthfulness yields a kind of beauty.

This work at the Tate 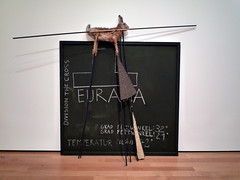