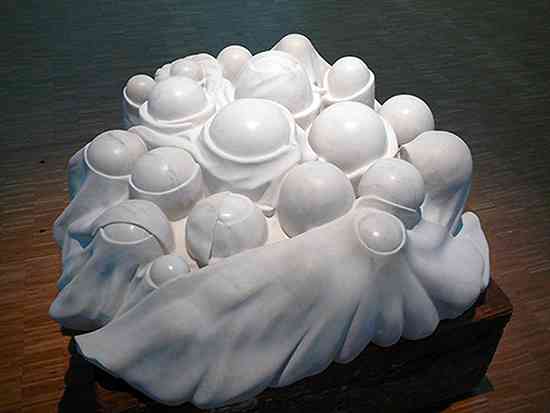 The Reality of Three-Dimensional Form

Bulbous mounds, and spherical or oval growths emerge, conflate and disturb. Cumul I is a marble sculpture, part of a series, by the late French-born artist, Louise Bourgeois. Cumul, as in, cumulus, is a reference to the forms of rounded clouds. The motif was first developed in drawings but Bourgeois wanted the reality of three-dimensional form, as she thought she could express deeper things in sculpture.

Like so much of Bourgeois’ work, Cumul I is loaded with entangled metaphors of male and female body parts that are simultaneously abstract and descriptive. Her career breezed over so many significant trends of the 20th century that her work defies identification within any single art movement. Instead, there is an uncompromising personal symbolism throughout her oeuvre (life’s work), filled with certain recurring motifs such as vessels, containers, ovoids, body parts, and spiders (a metaphor of her mother’s work as a weaver).

The sculpture, Cumul I, is designed to sit on the floor and be viewed from above. Its forms still shock nearly half a century after its completion. The artist denied any reference to sexual forms in this work, but the association is undeniable. The viewer is confronted with a cluster of mounds that resemble breasts and penises emerging from a rippling fabric. So what then was Bourgeois trying to communicate in this beautifully sculpted marble? What can be understood from a sculpture that is aesthetically appealing and at the same time disturbing? 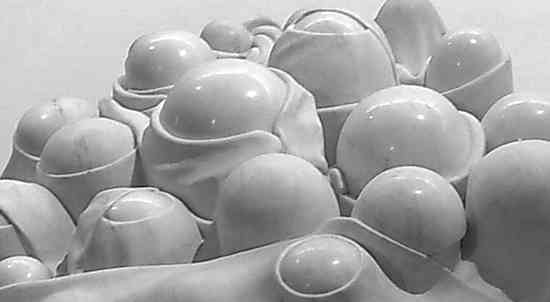 Bourgeois offered some explanation to her mysterious oeuvre and implied that the Freudian concept of a traumatized childhood was the catalyst for her artistic motives. The artist has confirmed that all of her work found inspiration in her childhood. Scholars have noted that the childhood traumas of having a sick mother and egocentric philandering father who had an affair with her nanny, had a powerful impact on the young Bourgeois who later stated, “My childhood has never lost its magic, it has never lost its mystery, and it has never lost its drama.”1 References to Bourgeois’ family, and sexuality, developed over the span of her career into a personal artistic vocabulary.

Making Sense of Cumul I

When we try to make sense of the male and female forms that reveal and conceal themselves simultaneously in Cumul I, it can help to remember Bourgeois’ childhood. Ambiguity and overlapping gender are characteristics found in many of Bourgeois’ sculptures and installations. Her art is deeply personal, confusing, troubling, magical and quite wonderful. She was one of the most significant women artists of the twentieth century.

1. Louise Bourgeois: Destruction of the Father Reconstruction of the Father, Writings and Interviews 1923-1997, edited and with texts by Marie Laure-Bernadac and Hans-Ulrich Obrist, MIT Press, 1998, page 277. The quote is also found in a compilation of Bourgeois’ images juxtaposed by text entitled “Album” 1994 and published by Peter Blum.

This sculpture at the Centre Pompidou

Video of Louise Bourgeois’s Confrontation at the Guggenhiem Museum, 1978